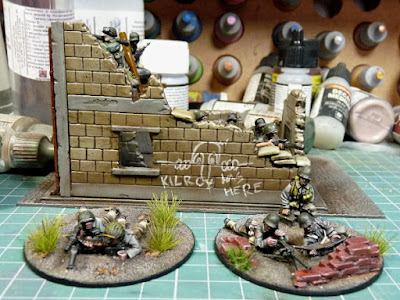 MMG team it my entry for painting contest on https://strategie.net.pl/ forum. There are several categories to choose, I decided to prepare unit / squad (25/28mm) and vehicle.
The first entry is Warlord Games' medium machine gun team - this time whole team has been placed on single base a contrary to another MMG painted recently: sure it's more practical to have ammo runt staggering around to mark casaulty easier, but I thing 3 models packed on single base simply look better.
So as usually I chose more-less the same color choice to make guys fit rest of the force. Noting down colors used during work turned out to be good idea.
Looking now at these bricks I am considering basing a single squad on city rubble - to make them pop on the battlefield. The only problem is models I use are "pre-slotta" which will make basing rather pain in the ass.
Most probably.

But still it's better idea to give a squad specific, coherent look than just painting jackets with another tone of olive. 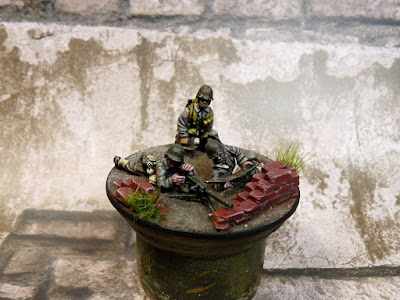 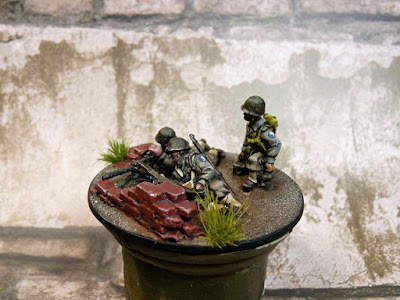 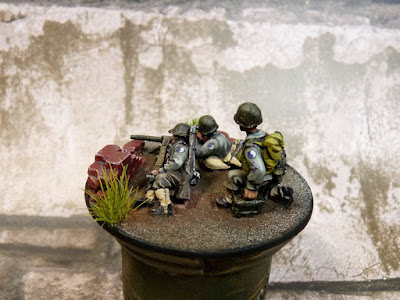 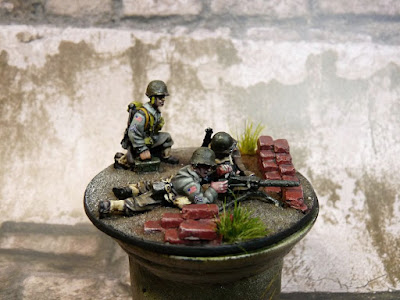 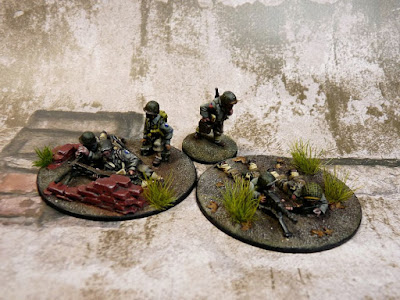 As for the terrain piece it's been at my place for quite a long time - over 1,5 year now so it's good to  finally see it finished and in use, sheltering my infantry.
As well as other infantries fighting battles in the gaming dungeon.
Like those damn German mini-units containing 2 light machine guns...

Initially I had not much of an idea for painting this until getting oil paints. Must say I love these - not only for painting vehicles, these paints are perfect for buildings:
base colors were painted with airbrush and quite large brush, then came brown and black oils and for the final dry pigments. And of course Kilroy! All fast and easy.

I am now preparing another wrecked building hoping to see oils in action again, but in the meantime: 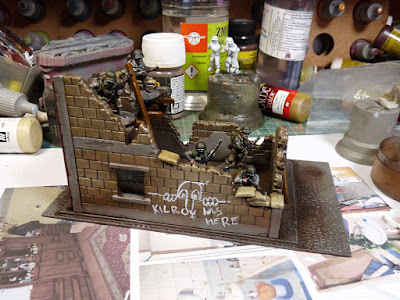 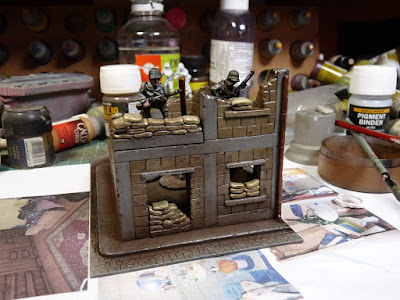 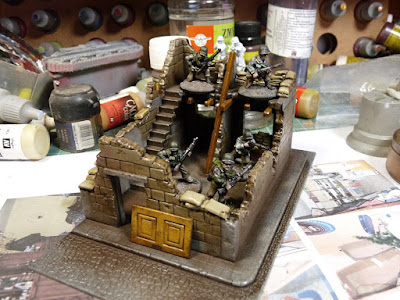 And the last thing - quick annual summary:
2018 was busy and hard. At work, hobby and emotional level and sadly I don't think 2019 is gonna be much better for me.
As for the hobby statistics during the just passed year I painted 33 models and played 18 games (while in 2017: 53 models and 19 games). I think my newborn kid is the one to blame for such a result but since she's over 1 year old now I am hoping to find bit more time late night which I could spend on the hobby.

Over and out!
Posted by demi_morgana at 2:49 AM