The last model on (this) Earth

In this home actually.

All of a sudden it turned out shit hit the fan. And that was the biggest pile of shit I've ever seen. The fan also kinda industrial and rotating hellish fast. You get the point.

Long story short, also excluding unpleasant details, it turned out we have to sell the flat, split with my partner and move out as fast possible.
I was thinking about it while finishing recent heavy anti-tank gun: about whole fucked up situation, last six years spent here and life and death in general.

I've also recalled the very first model painted in this place, back in Autumn 2013.
It was Nemo - Cyrnar warcaster from Warmachine game. That piece was special because it was gift for my one, true hobby foe, I've been struggling against since like 1997.

So I thought it would be kinda symbolic (?) to make the last model painted here also gift.
You know: closing the circle shit. But this time the victim will be my friend from legal training.

And the piece rewarded with exhumation from the pile ov oblivion and despair is undead legionnaire from Warzone game: true, metal model, no finecast or printed fancy shit, big deal!
I have so much heart for these models!
Not only they have lots of character which modern, "hi-tech" models lack for but also bring back lots of memories. Which makes it perfect gift candidate.

Finishing it took 2 evenings and brought me lots of fun. I tried using oils on the armour and helmet but such paints work way better on larger surfaces in my opinion. Still - did the job.

Hope you like it, also hope the recipient likes it too.
Whatever comes next from under my brush most probably will come from new location. 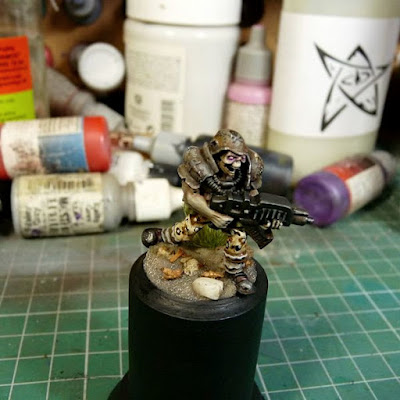 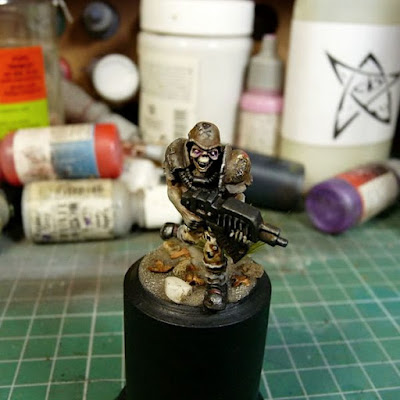 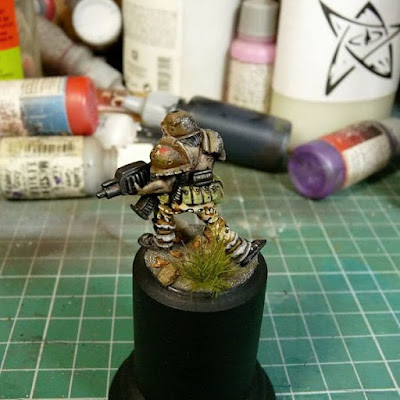 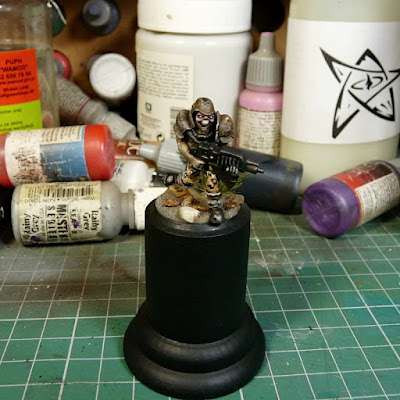 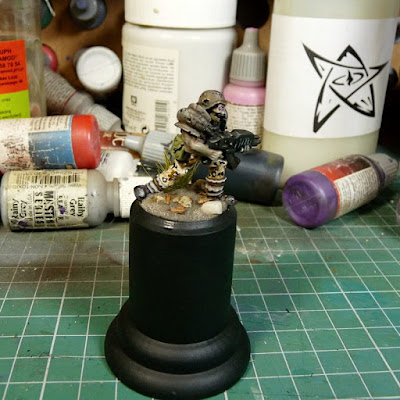 And one more thing since it's about the memories.
While packing my stuff (hobby stuff that is...) I've found 5 White Dwarf issiues from the 90's.
I actually got them few months back but haven't browsed them carefully yet. Nowdays you can find old WD quite cheap (if you are into collecting). Must say back days I've never been big fan of this zine but now it's great way to bring back some more memories from the beginning of hobby activity:
all those vibrant colors, the red period in chaos army, most models metal...

It's just great to have something to escape to where everything around falls apart. 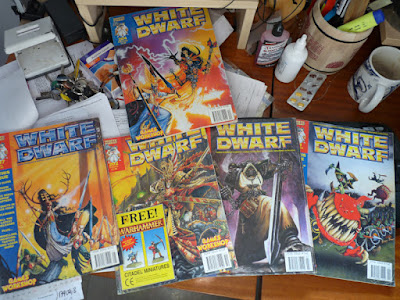