There's been quite a lot about making terrain for Bolt Action battlefield recently, so it's time to turn the tide, back into stricte miniatures.
For recent "Road to Berlin" campaign each or participants had to prepare 2 army lists:
1200 points from the same selector. I think the idea was to fit the army to specific scenario's conditions (attack/defence, capture markers or whatever).

So here are mine.
Quite a rare occasion to show fully painted battleforce actually...

The first one is anti-tank group:
Local players like heavy armour a lot, in fact it's nothing unusual to see 2 tanks on 1000 pts games. Therefore I became tank allergic...
Sure it's fun to use large squads but when confronted with German armour, my infantry melts like snowman in March...

So the remedy is solid anti-tank punch:
- 2 bazookas,
- Hellcat and Greyhound (light AT gun but still counts),
- AT atrillery,
- air support,
- flamethrower (in case shit gets really thick and REALLY close).

In my opinion it's solid and reliable force but during Berlin game had not much chances to show what was it worth because scenarios' specific conditions. Nevertheless these work just fine in local conflicts: 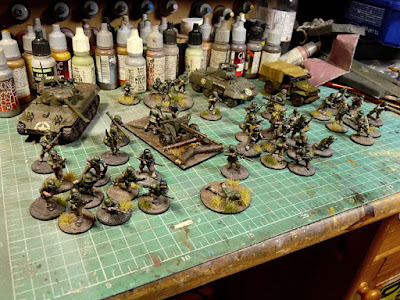 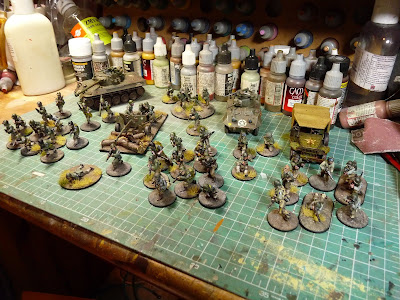 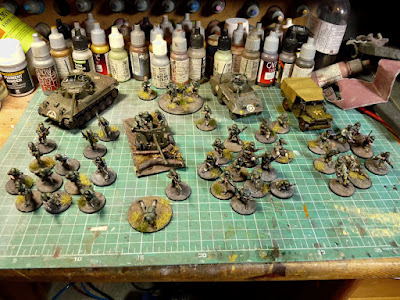 The other one is something way more funny:
the core is almost the same but AT vehicles were replaced with nasty Jeep and Sherman Calliope: really like that model and it brings lots of randomness to the game. And sheer terror...
The other thing is mounting 2 infantry squads on transport vehicles - also really nasty thing especially if the scenario allows outflanking... 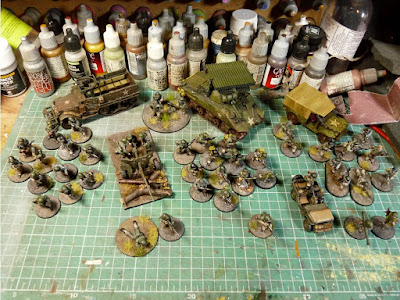 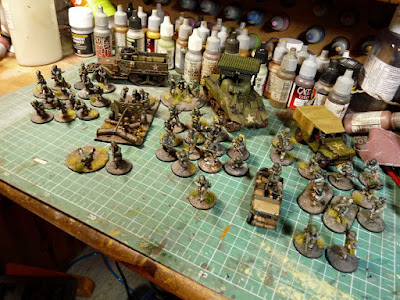 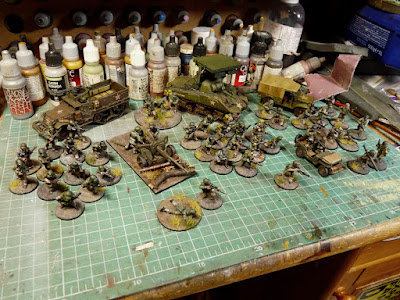 What next?
I'd like to deal with remaining infantry (paint them or sell) and one more tank. In the future I'd also like to add one more anti-tank gun (this time heavy) with a tow. We'll see.