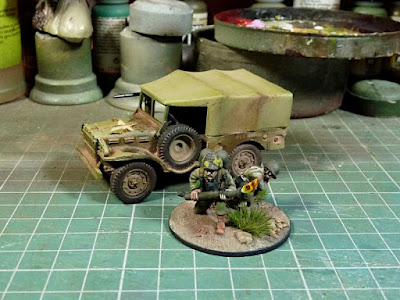 And here's another victim of COVID-19 madness.
In fact, this one has been painted like a week before the Hellcat, but decided not to post it earlier because my local opponent is also checking updates of the bloggy...

Anyway I needed another transporter for infantry. Deuce and half is just too big (I'd never put 24 men there, so it'd be a waste of points), and Warlord Games nor Rubicon Models sell truck for 12 men.  Given the circumstances Dodge is just perfect:
fast, cheap, armed with machine gun and carries full squad of engineers!

Just like in case of Hellcat I decided to paint it rather dusty than muddy. Also tested new dark undercoat, which is just supercool for chipping paint (dark tone contrasts nicely with).
The previous Dodge was painted almost exactly last year for Road to Berlin 2019 gaming, the new one was painted with hope to be used during Berlin 2020 planned for April - which was cancelled for obvious reasons... 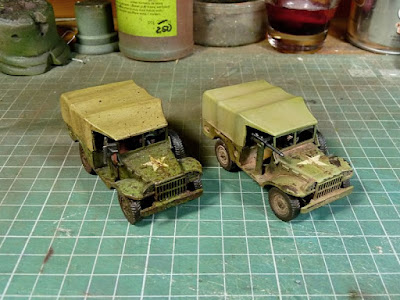 And the new one: 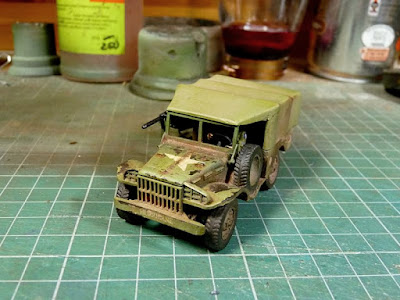 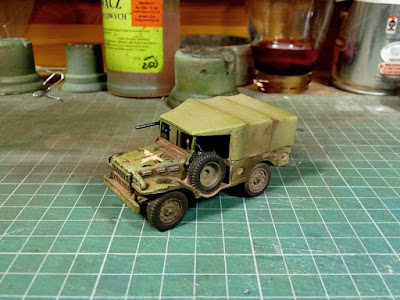 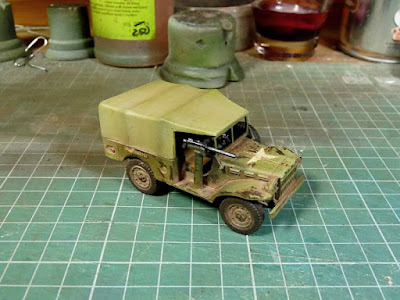 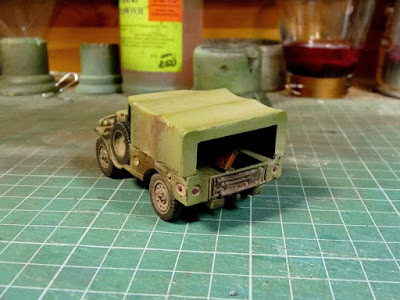 As for the model next to the wheeler it's another piece finished "thank to" that damn virus (hope it lasts long enough to get Rangers done ^^ ).
Warlord Games provides only one metal flamethrower (the winter one is out of my interest) so decided to build my own. The assistant is from West Wind - there's really cool Berlin or Bust line of US soliders. Ther're same scale but are bit smaller compared to Black Tree. Nevermind - look great in a mob and smaller is better for sneaking with burning death...

The torch operator is Black Tree Design piece - that's really underrated line. Sure, some models look kinda clumsy but the offer is really big: thank to this I got whole infantry metal with no doubles!
The guy was carrying standard right which I cut off and tried to file the middle part so it looks more-less like a pile. The battel is just piece if anything - just tried to make is as thick as the middle part. The flame is placcy ork haircut ^^
Tanks come from oldie sentinel but I made them just shorter to fit the model. Ta - daa!

The team was made to test some colors for Rangers squad - there're almost the same as rest of army but I still want to make that unit differ: trousers are green instead of standard khaki, boots are brighter, helmets will be even darker, belts are white instead of bright olive. Looking forward to see them on the table... 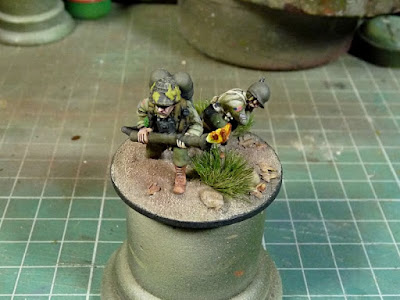 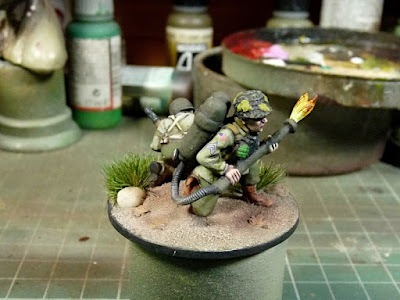 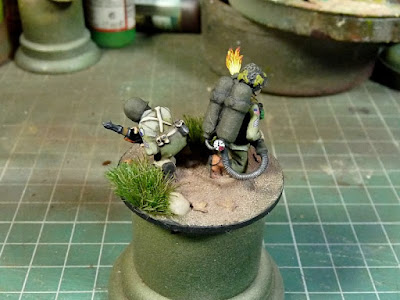