Looks like one more time cat's dragged in something really big and nasty!
Last weekend we were looking for some conversion parts with my son and he found that huge, spare wing. I told him it's piece of model I got long time ago but somehow never had enough strenght to paint is. So he asked:
Maybe you can paint it now?
You bet I can!
I got Terminus model long time ago, maybe 10 years ago? When we were still playing Warmachine quite a lot. Nope, just checked: over 10 years ago 😳
Terminus wasn't really my type of caster in the game but always considered the model supercool. Apart from the fact assembling it and manipulating during painting process was f#cking nightmare... NIGHTMARE!
Really: it's one of the very few models I had to paint half assembled but must say if I ever had to work on it again I'd surely paint all parts separated and then put the model together.
As for color choice Terminus is supposed to lead my Cryx force so tried to keep same flesh and metal colors plus similar style of bases (just like on mechanithralls there are front and back arcs marked on bases).
The sculpt is pretty wicked. I never liked that sword painted metal, it definitely looks more like piece of huge bone so that's the way I painted it. Besides blood  always looks much more striking on bone, than on metal. 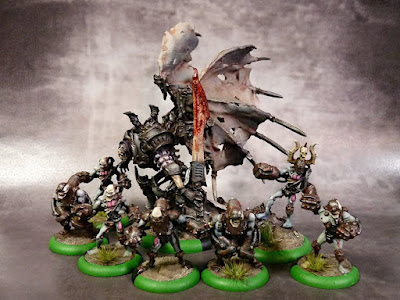 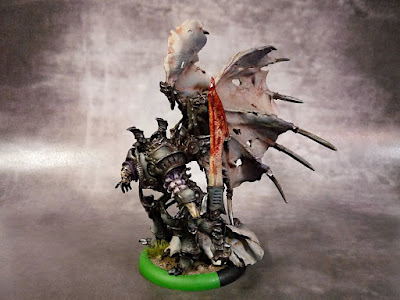 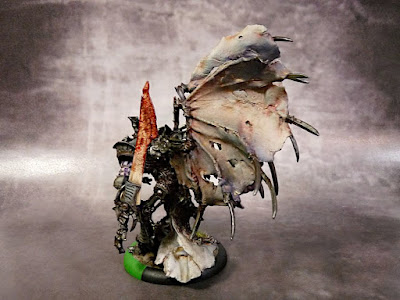 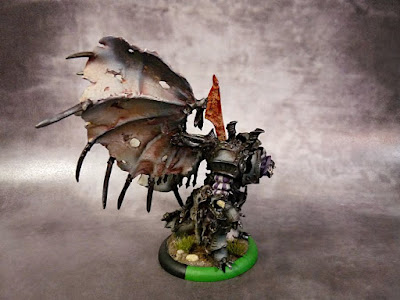 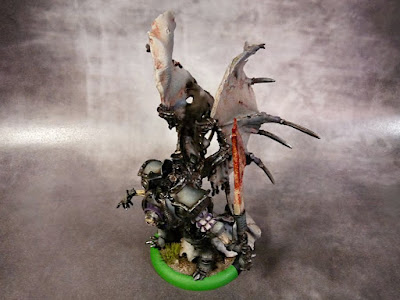 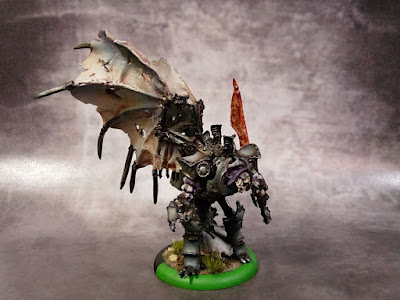