Don't you ever fuck with painted models!

So as you can imagine last week there was another Necromunda campaign game - once again Ratskin Renegades were trying to prove themselves worthy opponents of well developed Goliaths, and once again they sucked. Eeeeek!!!

We were playing an Ambush scenario and I was the attacker.
An ambush were set up, several fighters started from brilliant positions but when the Big Chief commanded to pull the triggers - something went terribly wrong.
No idea why but every time I play these damn ratmen there's much more 1s rolled, than in any other gang! Fucking savages with their fucking juju... ><

So after the first boomsticks salvo my opponent decided to teach ratskins a lesson. Very painful lesson! The result of my poor rolls combined with Goliaths' high toughness (lots of T4... Ouch! =/ ) was almost total gang annihilation. The only one that managed to runaway was a brave armed with musket. He survived only because he got the sniper job (which was done quite fast - in the second turn the ammo run out...) and therefore we was beyond range of enemy fire for most of the game.
I lost the game with 8 of 9 gangers out of action (!) and only thank to Ratskin resilence none of them died.

And what does it have to do with the title?
There were 6 painted models in Deco's gang while I had only 2 guys finished!!!
See? The paint-magic worked again! Sadly this time it worked against me but it's something what should motivate me to slap some paint on the minis before I dare to face Goliaths again! I wrota I had only 2 models painted: below you can see the fresh one: Scratcher.

I was hoping this fella will become my wunderwaffe with sprint and ambush skills and deadly short range weapon, but I was forced to throw him into melee with enemy gangers. And fighting them in close combat is just like fighting against a wall.
But no fear: he survived, he got a statistic boost and he's desperated to settle with the one cocker who took him out of action. 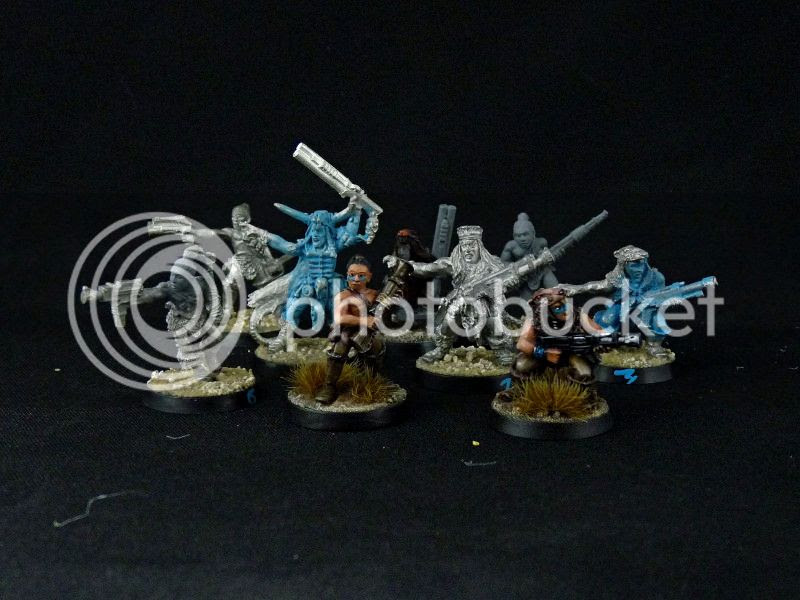 We have just been in the ash wastes so let's change the mood for a bit more wet, damp, ancient and eldritch...
Last week I broke my new year's vow - for the second time:
because RAFM organised "father's day promotion" I couldn't resist and ordered Great Cthulhu with 30% discount! Below you can see one of a few pics of painted model available in the web - the model is old and nowdays you can get better sculpted Ancient One but here it's about sentimental value. I spotted this huge cocker when I was at the befinning of "road of the painter" and always wanted to paint it.
Years ago is was lack of funds what was stopping me but now - I hope to give Great Cthulhu proper honors, apart from having it inked on my shoulder that is ^^ And the last thing - doesn't related to the hobby very much.
Last month I was honored with "Meritorious Blood Donor" medal for sharing 18 liters of blood total - which is 40 donations. All in all apart from shit looking medal and unlimited bus / tram ticket is has no physical value, but it's about helping in this bloody business. So if you ever want to really help someone just visit local hostpital - the needle ain't that scary :) 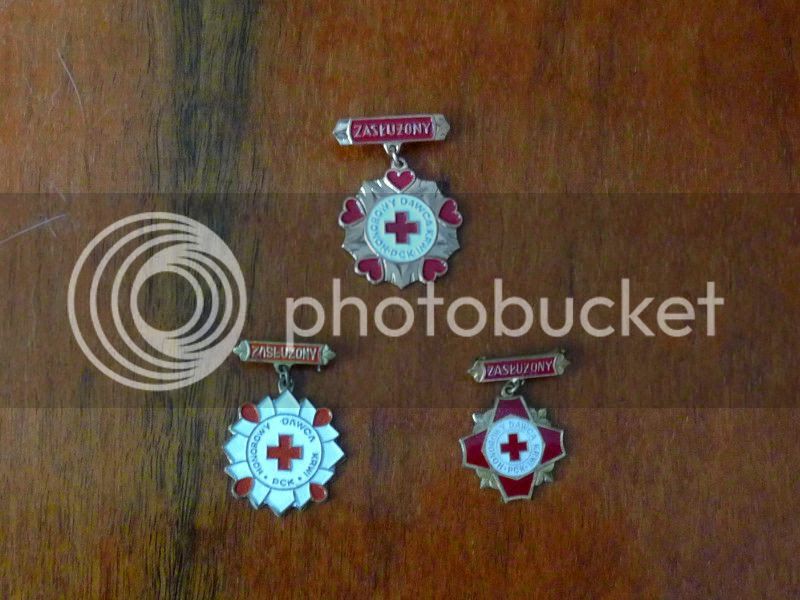 There are rodents in my gaming place

This time I cannot report any game played (sadly) but can report something else: painted minis! The lead pile has been decreased only by 2 pieces but it's still better than nothing.

The first one is the model I got from Chaosium few years back (together with some RPG materials and cultist clothes) - maniac.  I know the "official" pics are pretty weak but they are definitely nothing special. But I think these freeks are quite funny toys and I need them for 2 things:
1. Arkham Horror boardgame characters instead of original cardboards
2. Call of Cthulhu RPG independent characters. As you can imagine the next scenario takes place in the notorious Innsmouth...

I think painting this fish-man didn't take longer than an evening but I happy it's behind me. 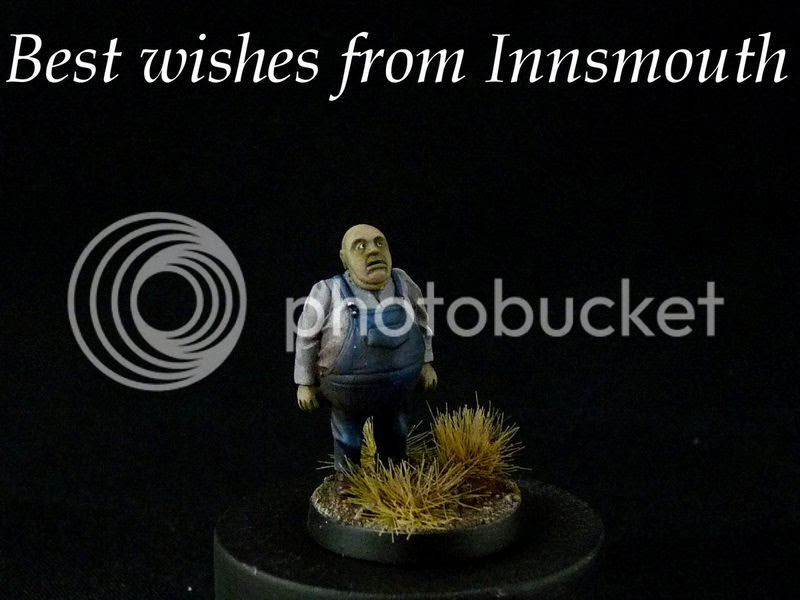 The next one is something more serious: Ratskin Renegade named Squeeky ^^
I like they way this bastard turned out so you can expect the rest of the gang... eee... pack to be painted similar style. Again it was a nice change to slap some paint on something alive and not being disease-ridden. One or two more of these and I can go back to Scavvies.
I have more of these sculpts but what you can see below is my current campaign gang. 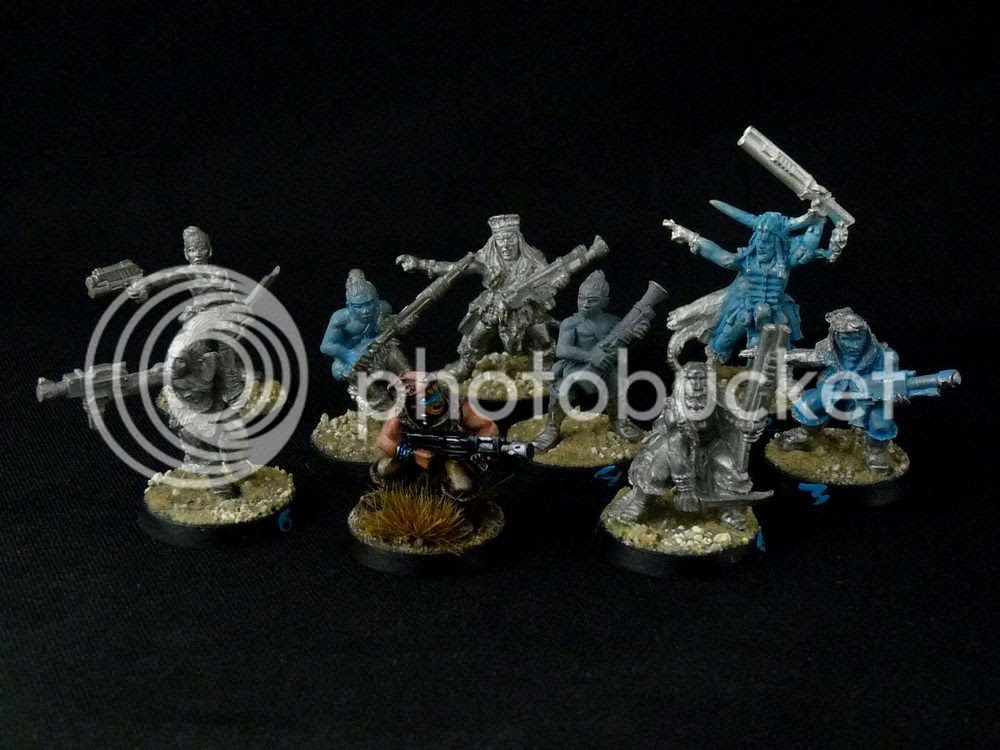 And speaking of campaign:
in one of old White Dwarf issues there was a cool article "Perils of the desert".
All in all it's treacherous conditions moved outside, to the Gorkamorka wastes. And because we play in open spaces using these is much more appropriate.
One of the perils you can meet are dust devils. This is such a nasty thing to meet that I decided to make the counters. It was quite easy: pieces of steel wool attached to the resin bases, sprayed grey and voila.
Besides we need smoke grenade markers and these should fit the role perfectly. 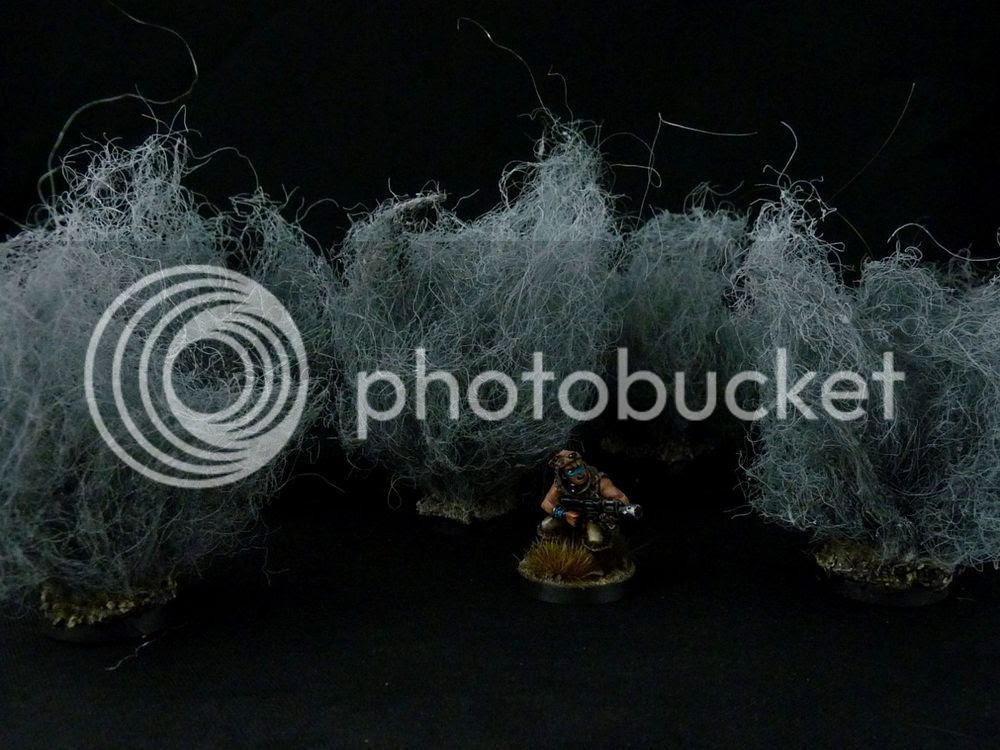 And below - the smoke markers on the battlefield. Really cannot wait to see the table painted... 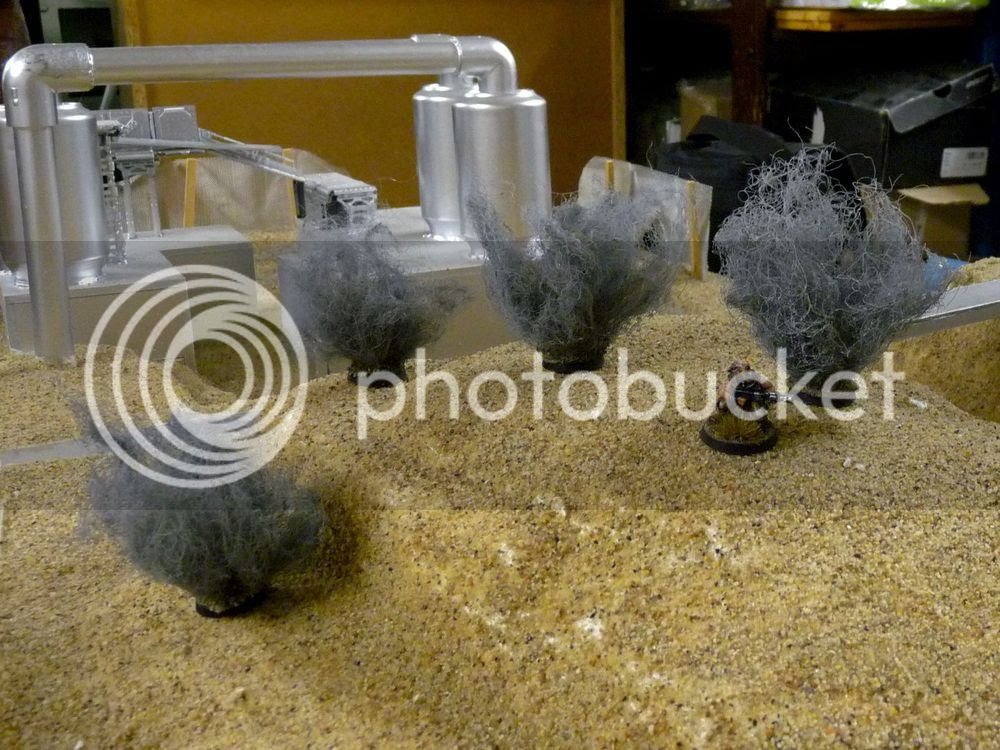 Eeeek, eeeek for now!
Posted by demi_morgana at 2:03 PM No comments: