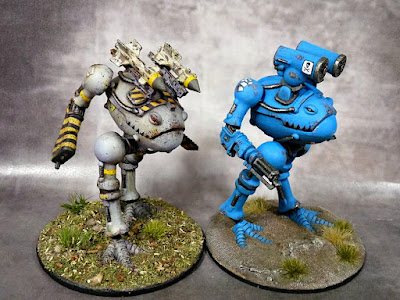 Pretty hard to believe but I've just realised it's been over 6 years now since I've painted my first Eradicator. Must've been trapped in statis field or something... 😳

Good to be back anyway - changing one hell for another.
After successfully dealing with nepharite of Semai I decided to give a chance to another oldschool Warzone monstrocity - Cybertronic's Eradicator. This one was pretty challenging because like 8 years ago (?) friend of mine tried to assemble it and kinda did it but assembled legs wrong direction, cut off missle launchers' joints plus did some other, minor mutilations. After striping car spray I had to pin all the pieces with 1 mm thick wire to make it gaming model.
Models feet were casted on single metal base which forces static pose. Since the robot was already in pieces and waiting for some serious drilling (hehehe...) I cut the base in half to spread the legs - the idea was to make it more dynamic, like moving instead of just standing. Rocket launchers were damaged so I replaced them with hunter-killer missles from Imperial Guard Chimera set. Wasn't sure about it at first but now, looking at the final pictures - likey.
As for painting the idea was to make it look similar to original, bright blue tone. But then I looked at neo-soviet NBC suit squad finished a while back and decided to paint the Death Egg so it fits both Warzone and post apo setting (too bad I didn't add any red star).
I am really glad I managed to save this piece of history from the oblivion. Especially there's annual Warzone game ahead and I am forcing fully painted Cybertronic force! 🤗 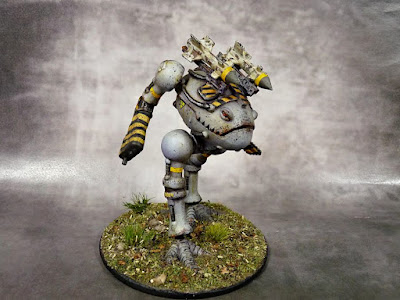 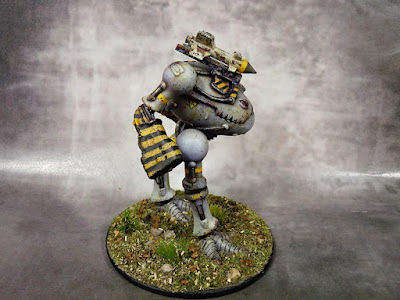 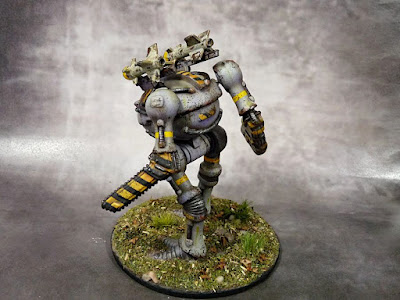 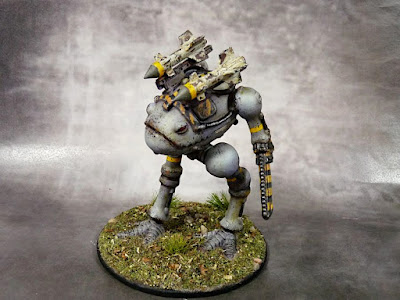 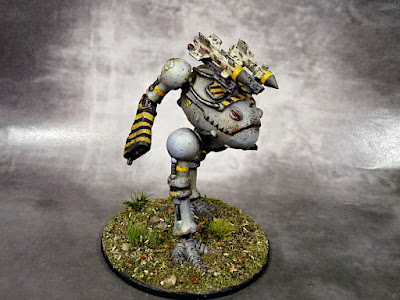 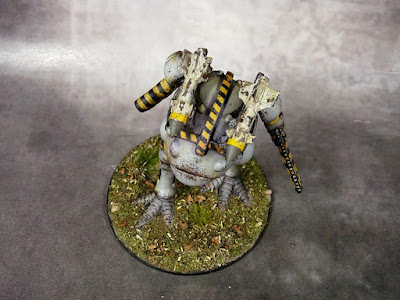 And the same Death Egg spreading communism over dark-red future fields of battle: 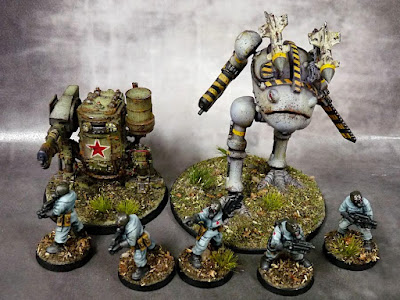 This is another model which got me time travelling again.
I started thinking what might happen to my hobby stuff after I'm dead.
Cannot throw that thought out my mind.
I feel so wrecked and tired.
Posted by demi_morgana at 7:54 AM 15 comments:
Email ThisBlogThis!Share to TwitterShare to FacebookShare to Pinterest
Labels: Cybertronic, EM4, Eradicator, killa kan, post-apo, time travelling, Warzone
Newer Posts Older Posts Home
Subscribe to: Posts (Atom)