Heya for the last time in 2018 probably,

Looks like Bolt Action has totally dominated my webspace. So what's on menu today?
Warlord Games' placcy German Heer infantryman.
This is rather unusual for me, 'cause from what I recall until now I've painted only Hetzer and that  funny, unknown corporal below from zee Germanz range: 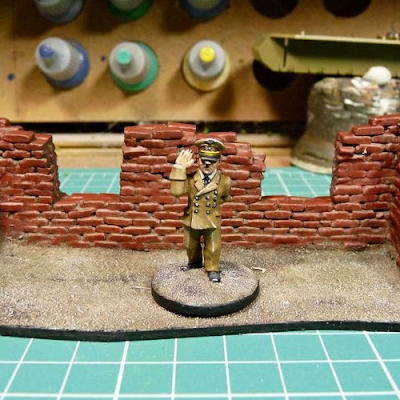 When I was coming back from September "Road to Berlin" event I got Heer infantry model from my Bruder - wanted to paint one of these for a while, these plastics seemed to be really cool.
And actually were: Warlord Games did really great work on plastic intantry. I can definitely recommend this stuff. In fact it was so cool I almost regret my US horde is pure metal (just check new US infantry box).
Almost...

So here it is anyway:
wasn't aiming to paint uniform from any specific period, but rather mixed some black, white and blue and gave it a try. In the end model got wooden plinth and ended up as gift piece.
As for the model itself: sculpt is nice and sharp, plastic is easy to work on (file, cut etc.)  and this line of soliders is basically uniform, some leather elements (belts, boots), rifle and face. Which means work goes pretty fast and easy especially after finishing a couple of minis to find proper color combo.

I was having fun working on this fella so I think I'll ask my bro for one or two more to paint, maybe this time I can get an officer or at least NCO... 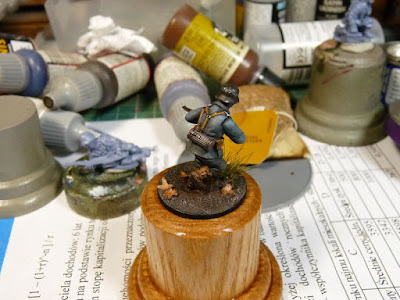 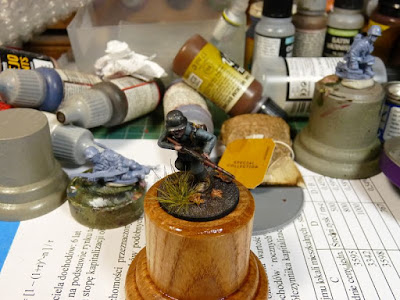 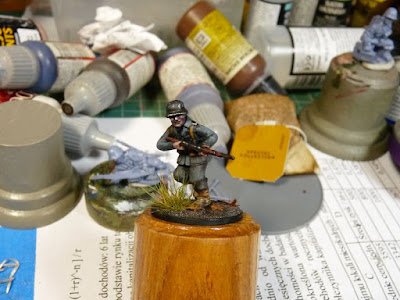 As mentioned a while back my US armoured forced has been reinforced by T34 Calliope missle launcher. Must say it's been already tested in the field and results are promising:
the turn it moved onto battlefield it blew away Zee German Wirbelwind and spread terror among units around.
Next turn the game was over.

Yeah, yeah... It was nothing but the matter of luck but still model looks damn cool and brings lots of fun (mostly for US player) so I hope to include it in army lists frequently.

Sadly I don't have enough space to keep all models I've ever got so instead of purchasing another Sherman decision was made to upgrade model I've already had finished with Warlord's Calliope missle launcher set. While working on the model some pics were taken about both assembling and painting, which hopefully might be useful for fellow hobbyists.

So the operation started with M4 Sherman tank. Model you see below has been painted and sealed with matt varnish, therefore there was no need to undercoat it again before repainting: 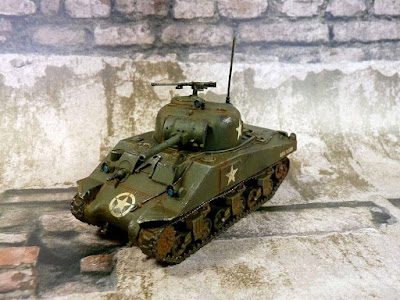 Wasn't sure how well airbrushed paint would stick to varnished surface, so just for sure model was treated with very fine sandpaper. Don't think it was necessary but the surface become more porous: 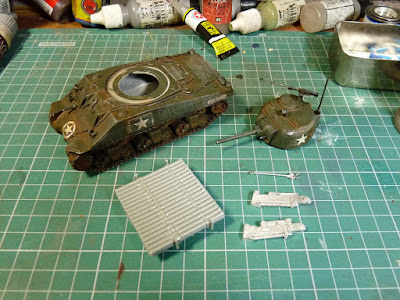 Missle launcher assembly.
T34 set contains like 5 parts which could be assembled and attached with greenstuff and superglue, but since it's gaming model (often transportation) I decided to pin it to the turret. Just to minimalize risk of damage while getting to battlefield. 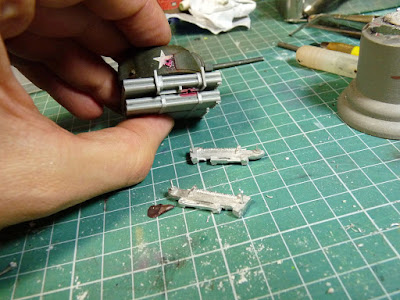 Assembled - still without glue.
As you can see heavy machine gun and antenna were removed from the turret: 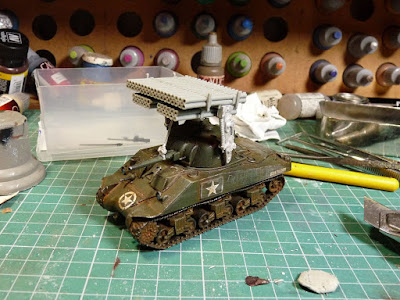 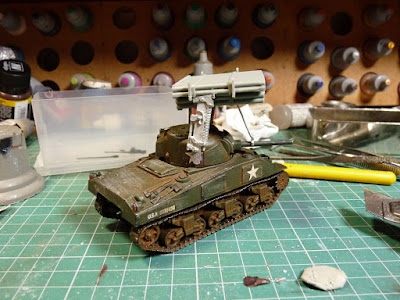 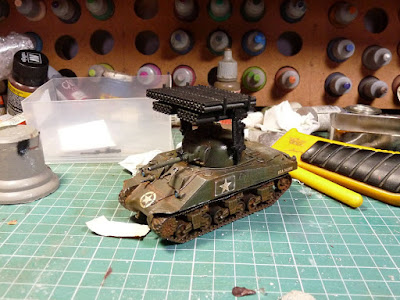 And now something new for me:
instead of painting model with airbrush and then working on shading, dark areas were painted before base color. Idea was to simply leave these "natural" shadows, making model look more realistic.
Don't care is sounds stupid - it works: 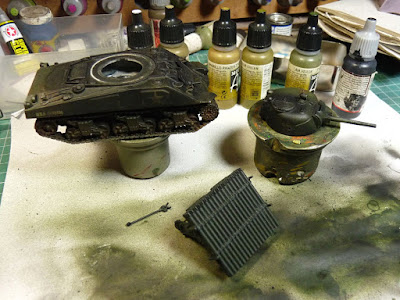 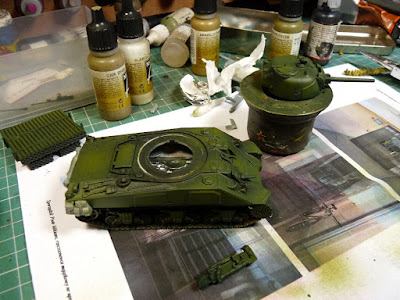 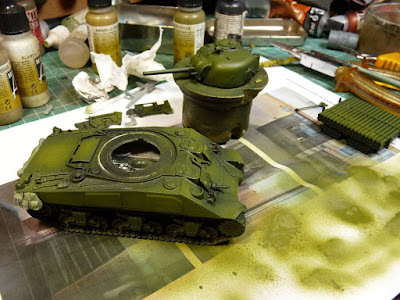 Further highlight.
It was actually supposed to be much brighter but nozzle in my airbrush got fucked and is started spitting paints. Visible especially on the turret.
Decision was made to finish this step before more severe damage is done to the patient: 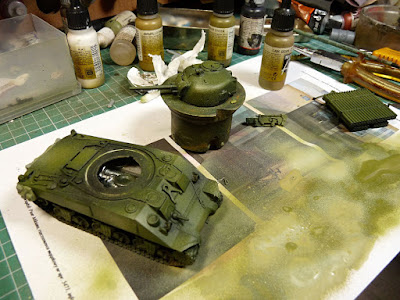 After paint dried decals were applied: 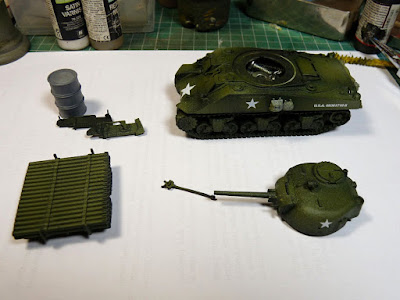 And some extra junk on sides and in the back: 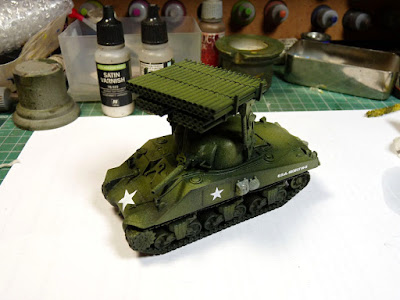 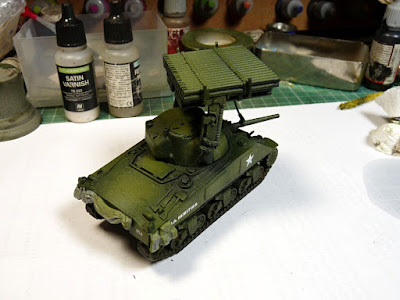 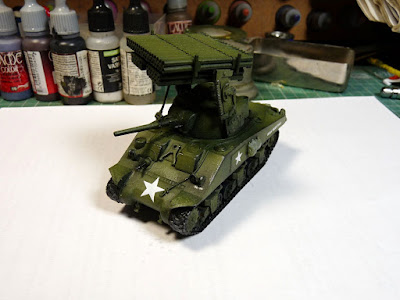 And another new thing for me: oil paints.
I've heared lots about this stuff and recently got few colors to see what's all about. Using oils is way different that standard acrylics but works great on vehicles.
Below - model was shaded with black and brown oil wash: 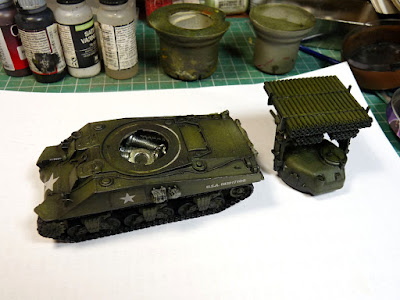 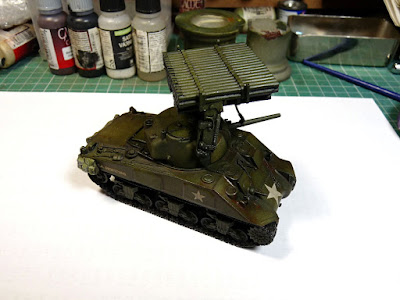 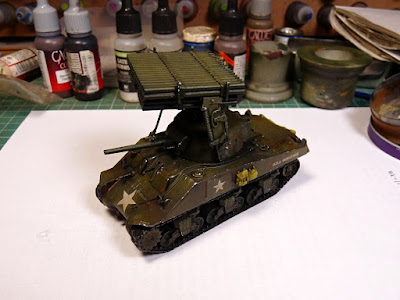 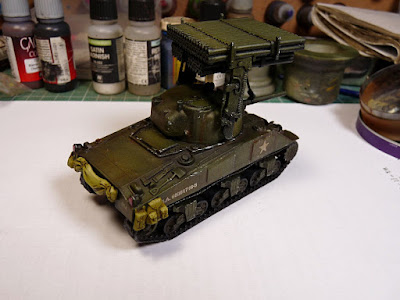 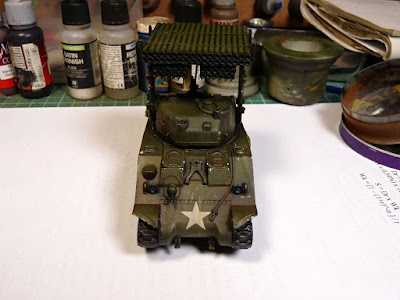 And final details: tools, streaks, mud effect on the tracks. 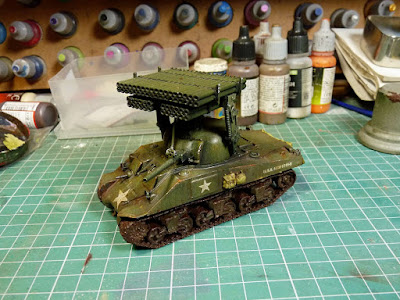 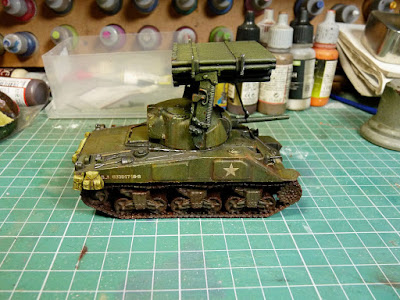 The model is done: me likey.
It's always good idea to test new things, especially in the hobby. I'll surely use oil paints again on M7 Priest waiting patiently on my desk. I feel sick thinking there're still like 20 infantry models waiting for paintjob...
Anyway - hope you like the final result: 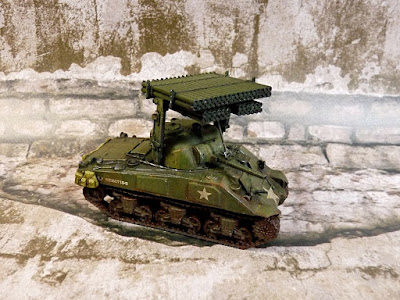 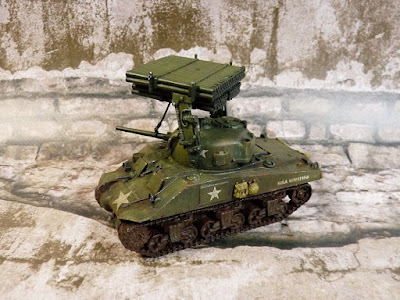 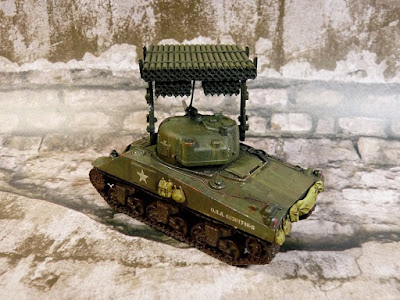 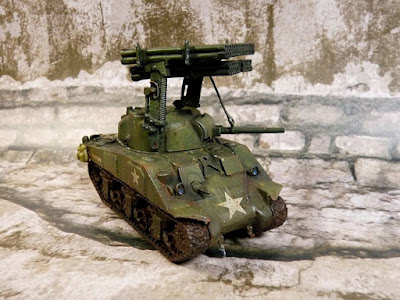