After providing German army with the pink love machine the time has come to get something nice for the US force. Especially because I want to try something new on enemy Italians...
The general idea is to save some precious points by replacing "normal" tank by mobile AA battery - Italians use mostly light vehicles so HMG battery supported by anti-tank gun should be enough for them. And once again I've found something cool in the Warpainter's offer.
Must say the model available there is much better then Warlord's - much sharper and better detailed. There was some spare space around the gun so I also got stowage set - just to add some shames and colors to make whole piece look (hopefully) more interesting.
The turret you can see has been salvaged from the failed Krautmower project - that model has never seen the battlefield anyway so it became perfect candidate for parts donor.
The turret is metal (Warlord) and I prefered some extra weight on the back, instead of printed battery. The barrels have been replaced with thin rods - original barrels are just way too bendy for safe transport and gaming.
I was pretty satisfied about the paintwork - it was pretty clean and bright, but when weathering came I just got carried away... Again... On the other hand war is a dirty hell 🙄
That's it for now, time to roll the new toy out and shoot some nazis... 💀 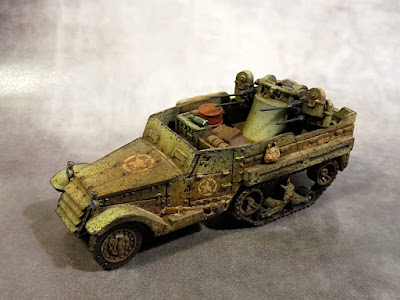 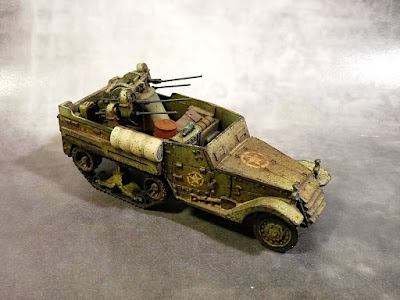 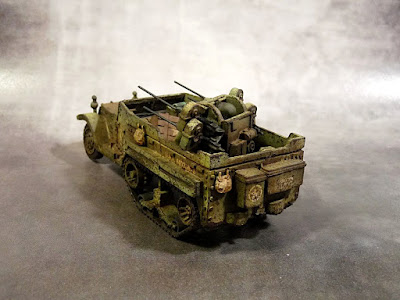 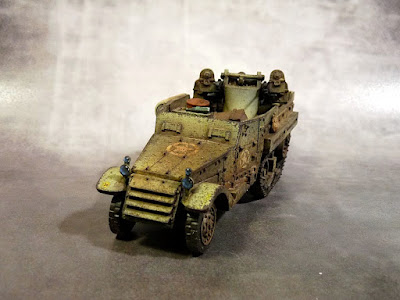 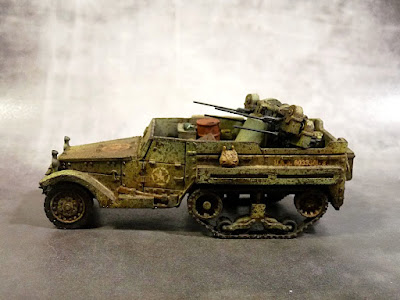 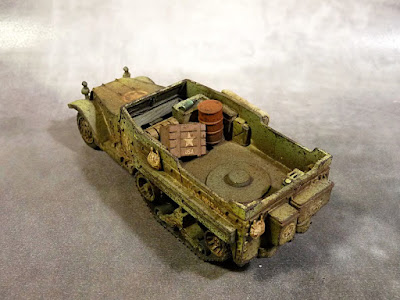 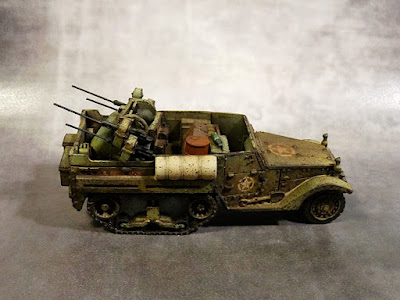 Some quick bloggy feeding before bringing something more serious 😉
Easter daemon is nearly here but looks like the video game I ordered for my kid won't arrive before middle of May 😑 Stupid thing, but none self-respecting dad can leave the kid without a souvenir on Easter, Xmas or any other similar occasion, correcto?
Several times before he mentioned he likes M8 Scott I painted recently so decision was made the model needs new home and new master. It was painted for gaming purposes but it actually never seen game table which makes is even better gift: no bullet holes etc.
And since the howitzer got promoted to the special gift, it also recieved special display base - it simply makes storing easier and looks much better from a distance. Besides just like in case of Mordred the Damned I put some special dedication on the bottom. 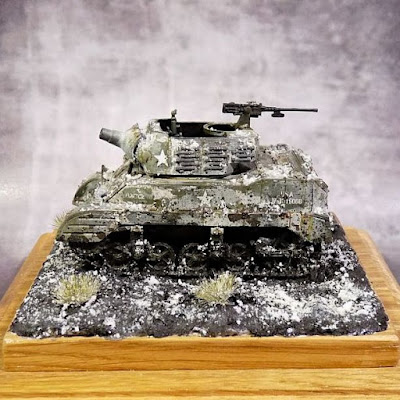 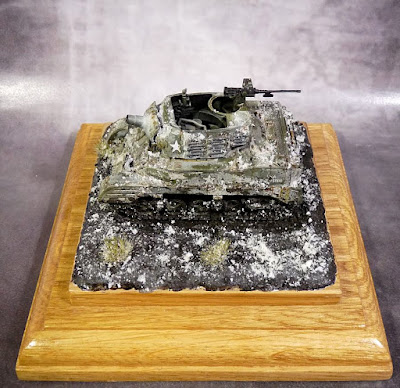 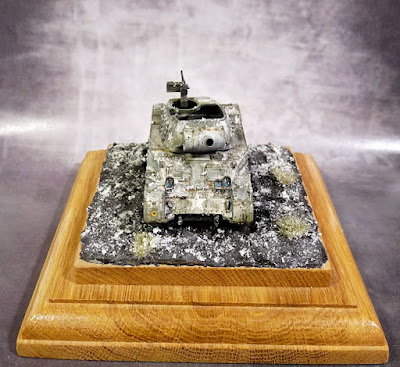 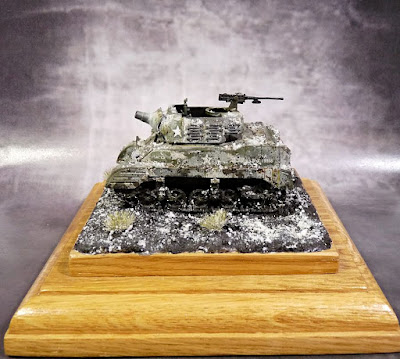 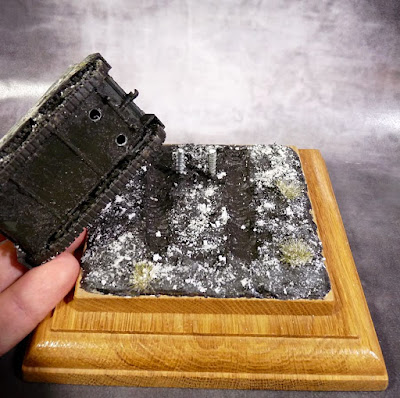 Merry Easter lockdown!
Posted by demi_morgana at 10:52 AM No comments:
Email ThisBlogThis!Share to TwitterShare to FacebookShare to Pinterest
Labels: Bolt Action, M8 Scott, scenic base, souvenir

My acid odyssey is still on apparently.
See no other reason why my, usually dark and monotone, painting turned into cosmic rainbow or war candy... 🤔
And here's another one: SdKfz 166, Sturmgeschütz IV für 15cm StuH 43, nicknamed Brummbar (that is: Grouch). Must say I like short name much better.
In Bolt Action the piece is damn tough, heavy howitzer but the model wasn't painted for gaming. It was commissioned by friend of mine after she spotted pink Autoblinda.
As for the model it's another Warpainter's marvel. The piece is sharp, all pieces match well and cleaning & preparations before painting were no  problem at all. Definitely recommended for both German commanders and little girls 😁
The client likes it so I consider job done. Time to paint something green finally... 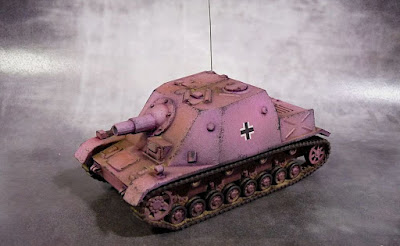 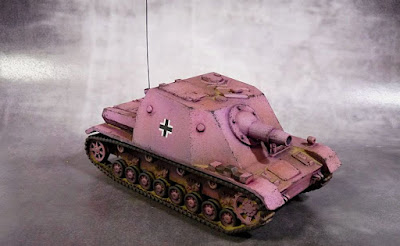 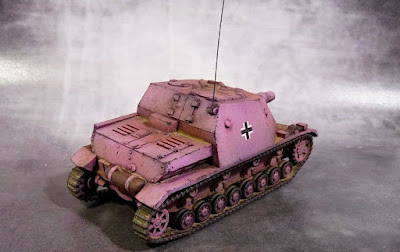 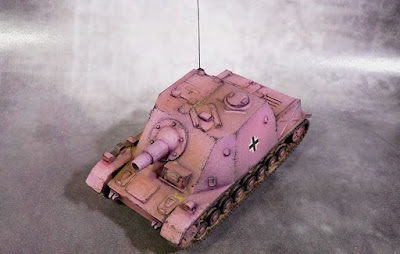