At the end of previous post I mentioned there'll be zombie coming.
So here it is.

I must say it was great feeling to take a break from painting all this Bolt Action stuff (no matter how cool the game itself is).
As for choosing the model I know I wanted to paint something from fantasy range (let's be frank: demon or deader in my case) and while checking the unpainted resources I realised about last winter I got resin bust from Trovarion's range (you can also get the models and learn more about his whereabouts on Facebook site).

As for the sculpt - it's just fucking sweet: flawless. Model comes in 4 parts and you can paint it like straight from the box. Definitely worthy hobby-investment, Demi-appvoved.

The idea was to paint it more-less natural and believably.
Flesh ain't THAT rotten so armour is not lumps of brown and orange textured rust. I imagine this dude as (pretty) freshly buried knight or noble, now called from it's old grave to serve Dark Master once more. Like wight from Warhammer Fantasy range. Something.
Photos taken straight on my painting station are bit too colorful for a self-respecting zombie, but every time I try using black background colors ger burnt and models is just blurry. I can smell bad mojo in the air. And poor photo-skills.

Anyway I had lots of fun painting this bust, hope to drag some more deaders from the pile ov shame sometimes to expand my restless legion. The piece will probably end up in my office, with some luck part of potential clients should get scared away and leave me alone doing my shit. Hope you like it. And always remember: dead = good... 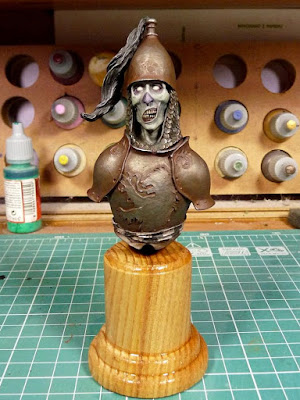 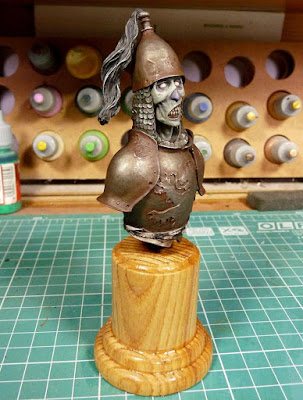 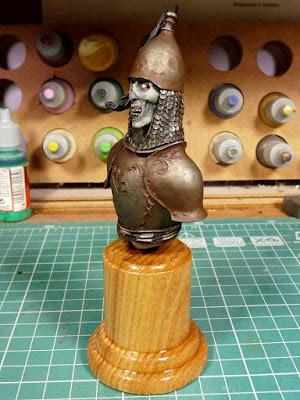 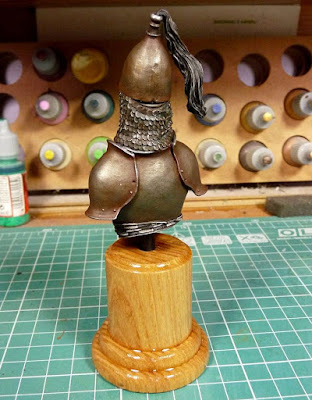 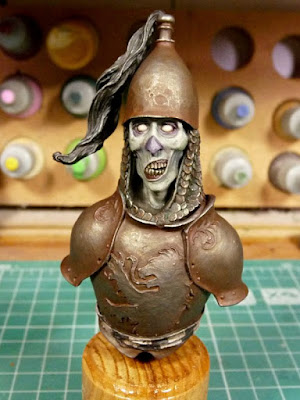 Seeya!
Posted by demi_morgana at 10:13 AM 2 comments:
Email ThisBlogThis!Share to TwitterShare to FacebookShare to Pinterest

It's been a while since the previous post but I wanted to get whole unit finished.
This afternoon the last member of the team has been sealed so I can proudly present engineers squad. The guys were baptised by fire during the last 4-players game, still unpainted, but after seeing what terror they can spread among enemy units the decision was made to paint full squad.

The squad is mix of models from Warlord Games, West Wind Productions and Black Tree Designs. At closer look there are slight differences between the brands but minis look just fine alltogether in my opinion. Really hope to torch an enemy vehicle shortly with that puker...

I need a break from painting Bolt Action stuff. The army is nearly finished but I am getting bored with those uniforms. Really wouldn't like to loose enthusiasm for bringing whole project to the end. At this point I think there are like 20 infantrymen left (including bazooka and 57mm gun teams) and 2,5t truck. More than enough for the scale of games we play here. 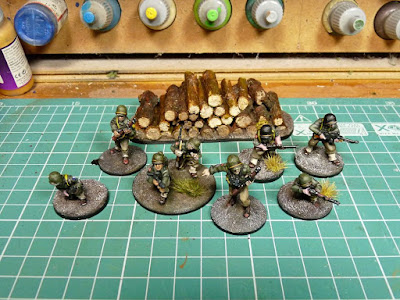 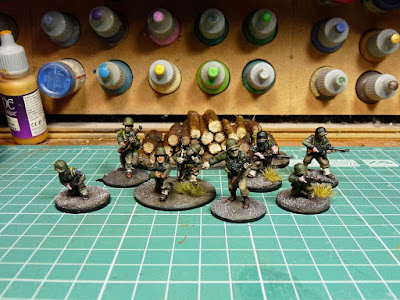 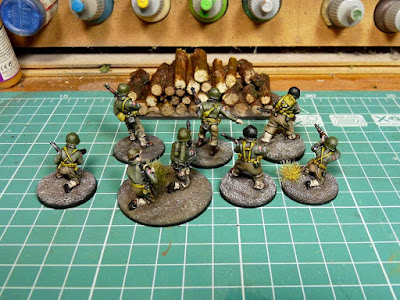 What else? Recently during walk with my kid I found some sticks in the park and decided to turn them into something useful. Gaming-useful that is...
I cut them at more less inch-long pieces, attached to pcv bases with lots of polymer glue and after adding some sand I got 4 really useful terrain pieces. Not enough to hide a tank but definitely enough for sneaky flamethrower or bazooka team. 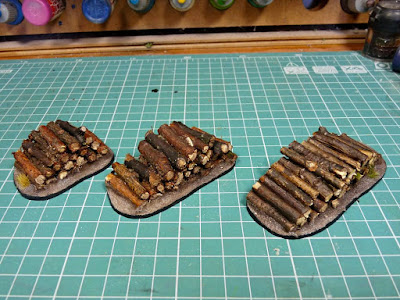 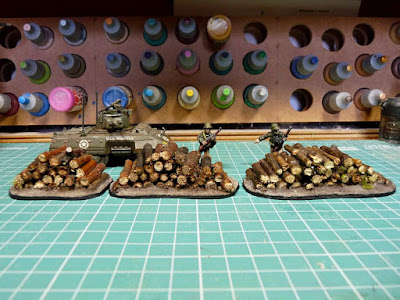 And the last thing: Photobucket recovery.
Since whole post is Bolt Action-related I chose M3A1 halftruck painted in December 2016. Since it was finished I used it many times and it's quite reliable piece: it can carry large squad, has pintle-mounted heavy machine gun (I even managed to immobilize enemy tank with it once!) and you can buy additional medium machine guns (waste of points in my opinion since these are no pintle mounted). The model is just really cool nonetheless, the anti-aircraft version is on my secret x-mas wish list. 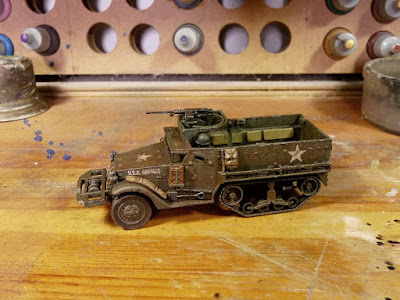 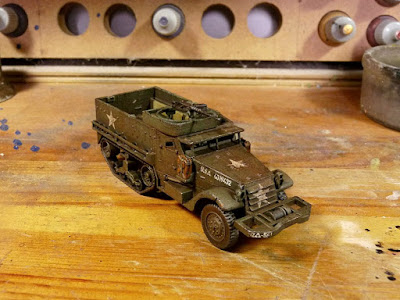 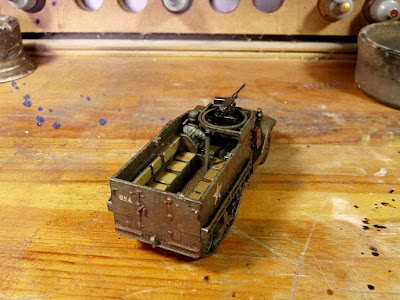 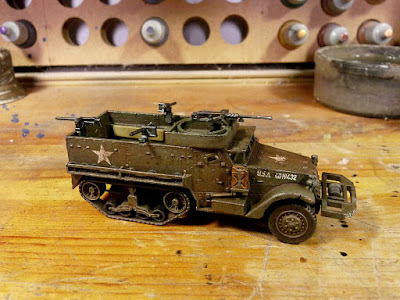