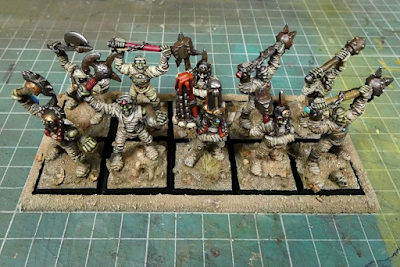 The most expensive unit in the Undead Army project is finished!
Most expensive at this point of course, because there are still some wraiths waiting for paintjob and each of those floating bed sheets cost like half more then a single mummy! 😳
Anyway I am very glad to see this regiment finished. Also of all mummies done so far I am most satisfied of the three just finished. I think it's just because after painting 10 models I finally achieved more - less the effect I wanted. Besides on the last trio there was almost no "useless" painting, like shading / highlighting which turned out barely seen or not seen at all in the end. Only few necessary layers on each element. The simplier - the better as always.
It's should become my life motto or something... 🤔
And also there's a little story behind two models wearing crowns (which in my opinion are the very best sculpts of all Gary Morley's mummies). These two were the first mummies I got second hand at the beginning of my Warhammer adventure. Yet in high school I think.
These were the only mummies I had so I couldn't even form a unit of them 😔
But since this was still Undead era (and not Vampire Counts crap) I could field Mummy Tomb King hero - and the model with crown and flail definitely looks like a character! He's even carrying magic items: Flail of Skulls and Crown of Something Else! 🤩
It was really tough character but also really slow. So I decided tu put him on skeleton steed. Legs of the other mummy (one with 3 spikes-crown) fitted undead horse just right so I chopped both models waist down and switched their legs.

I've never glued new character onto it's mount. Never seen it in combat either and until now - never gave it any paintjob. In fact shortly after performing that morbid surgery Vampite Counts army appeared so my damaged mummies have fallen into oblivion.

It turned out I was able to switch back legs of the models, fill the gaps and add some missing bandages so now they're fine and frisky. For ancient and reanimated cadavers that is.
Whole that living the past events is worrying me. The longer I'm here the more often I turn back from looking into the future, looking into the past instead. Anyway - here they are: 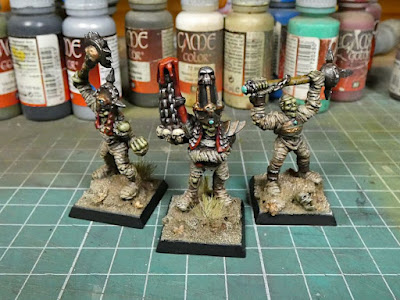 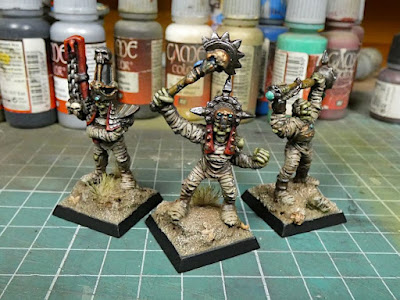 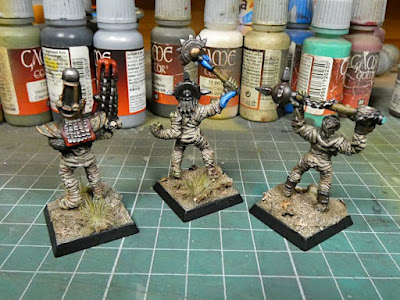 And whole unit - ready to invade The Old World in the name of Nagash! 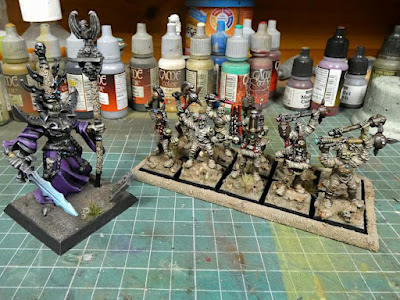 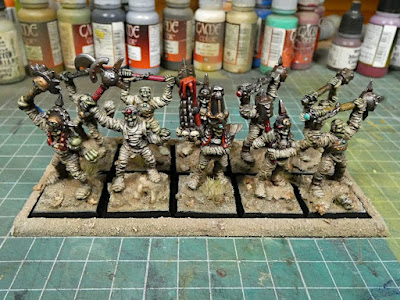 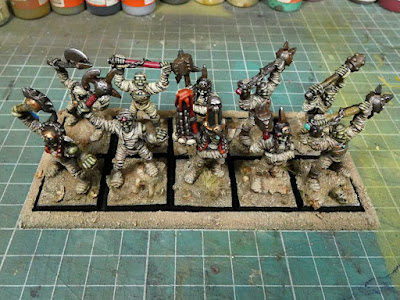 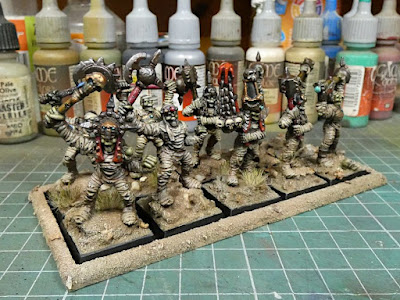 After finishing the previous set of mummies I was asked about my way of painting desert / wasteland bases. It's no secret - I give most of models similar bases, just changing colors and add-ons (rocks, tufts etc). Since it's rather quick and easy way of finishing the model I took some photos which hopefully might be useful for somebody.

Besides I think it's kinda like building myself a pyramid. Pharaohs used to do that not to be forgotten after they leave this miserable place. Maybe this way memory of me would remain somewhere in the webspace while the body is already dead. Or maybe not 🙄

I started with attaching model to the base properly. Original metal bar was cut off and both legs got paperclip pins. That way I could place mummies on cork sheet making them taller. As explained earlier the idea was to make them look more massive and powerful compared to ordinary undead infantry. 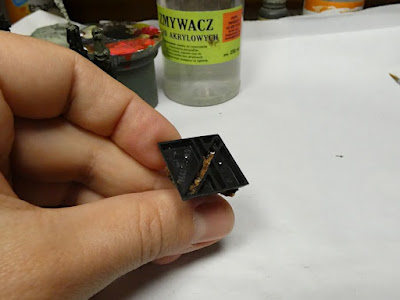 And here they are - ready for painting. I don't care much about undercoat color - what you see below are some paint leftoves from painting Khador's Juggernaut. Important is it's dark. 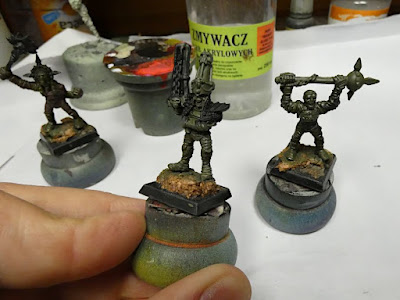 Before applying sand I got airbrush paintjob done. The idea was not to mess paintwoth with white glue and sand. 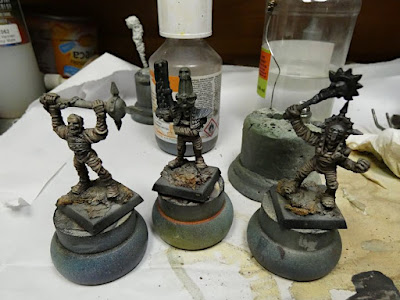 Applying sand couldn't be simplier. Using damp brush paint the base with pva / white glue and then sprinkle it with sand. Be careful not to hit the model with glue. After glue dries shake off sand excess and repeat procedure if you think there's not enough of it. 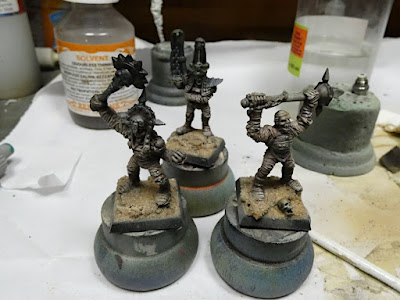 After glue was totally dry (I mean it - it must be 100% dry!) I added some leaves, small pebbles and tufts. Don't really care is there any vegetation in Khemri desert - it just looks nice. Apparently mummies have already shuffled into Border Princes! 😨
Then sand was washed with diluted mixture of Devlan Mud and little bit olive (I used Cayman Green but it's up to you). 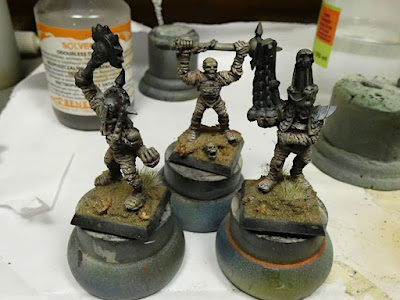 Wash dried so sand was drybrushed with Bleached Bone and pure white. 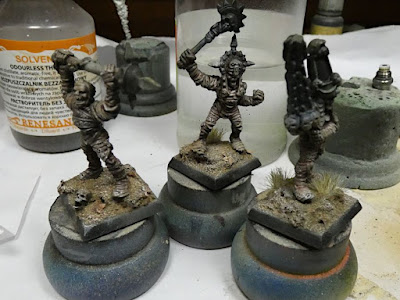 Applying dry pigments had to wait until models were finished. The reason was the dust comes up from the ground so it's logical it stays on top of anything crossing the desert. Besides that way models fit the bases even better and color tone is more coherent.
My opinion that is. 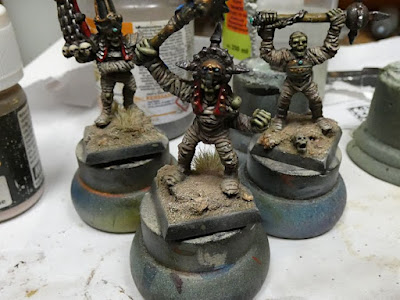 To fix the pigment bases were airbrushed with some matt varnish, but I know flow improver would also do the job. Some of pigment was blown away but most stayed where it's supposed to be: on bases and lower legs. 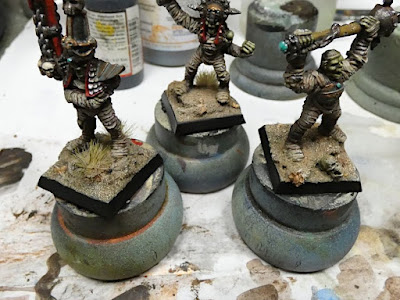 And here they are - all done and properly sealed with Revell matt varnish.
Hope you like it and find it useful anyhow.

The Undead army project seems to be still ON 💀
Which is great because I wasn't sure I am able to continue any big hobby thing after getting Bolt Action US army done. I already have all required characters so I am now trying to bring on rank-and-file troops.

Last month the first group of mummies has left the pyramid, so the time has come to provide them some company. Just like before I had lots of fun painting these although it took me too much time getting them finished then is should have. I guess real-life has something to do with it. Which is another reason I like it less and less 😒

Ok, no more babbling in this post - the blog is hungry and some desert yellos stuff is nice change in menu after olive green every second update (at least...). I should also start assembling tkeletons. Cannot wait to see whole army of the dead ready to go! 💀💀💀 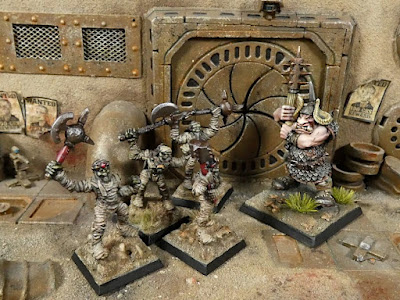 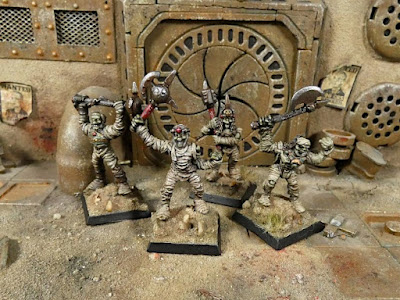 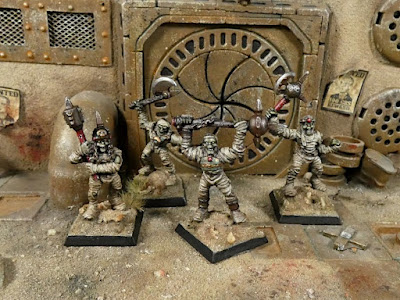 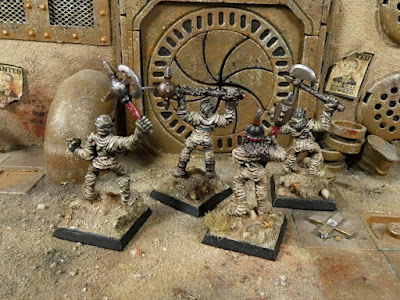