This time it's only quick update - since the last post I've only managed to finish another piece of armour for my Bolt Action US force:

Initially I didn't plan to add this bit to my collection but while purchasing some paints I spotted it in the store and checked gaming profile. Dependable on version it:
- is rather cheap,
- has 2 MMGs + light AT gun,
- has recce special rule,
- can exhange recce and front MMG for flamethrower (!),
- not mentioning it's Italeri's production which always means top quality.

There are several assembly options but I decided the basic one: no extra fuel tanks and early type of turret. Let's be frank: all I care about is that puker on the front...

Painting is no surprise:
exactly the same, well tested color scheme. Didn't even try to test anything new - it must fit well what's already painted. The only modification is some extra varnish protection:
before sealing it with matt model was sprayed with gloss varnish to keep dry pigments where I want them and also to prevent paint from scraping off during transportation.
Here's the result: 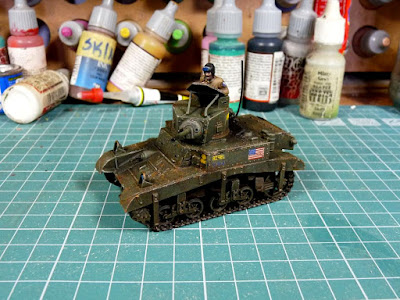 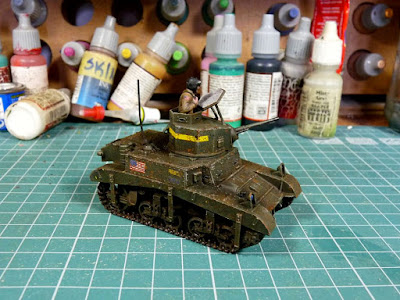 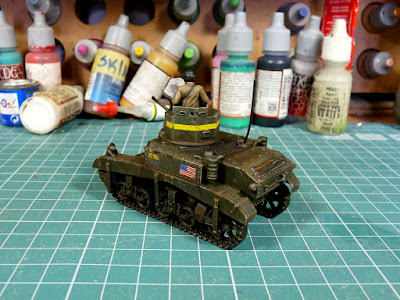 And some handicraft, or rather: "bonicraft".
Last summer I got section of some animal's (most probably) backbone found in a forest. Apart from dirt it was cleam piece. It was partially covered with greenish, pale olive moss.
First idea was to use if on scenic base (Plain of Bones in the Old World) but then I thought to make something more practical: pen holder.

All in all it was pretty quick job.
First the bone got chemical bath just to be sure it's safe for everyday use. Sadly that lovely olive color vanished revealing nice aged bone. It was varnished for easier cleaning.
Then I got ~10cm diameter round, wooden plith which was also covered with gloss sealer.
These were assembled with 1mm thick rod and voila!, already in use: 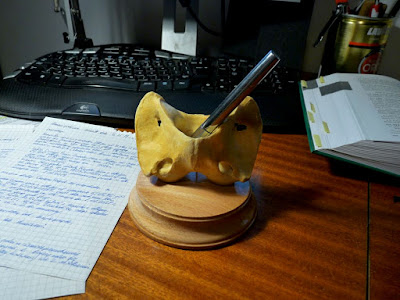 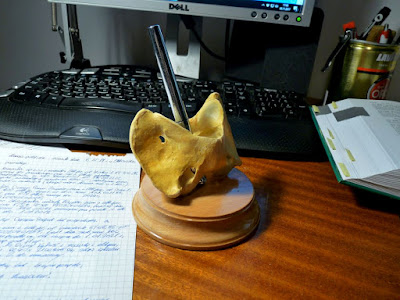 And since it's about old bones:
last week there was small discussion about oldie Nagash model, from Undead range.
Remember Bozo, the clown?

Veteran Warhammer players probably do, this model causes lots of emotions, mostly negative. But long story short - it turned out before it was released there was other version of that stupid skull, WAY better.
Anyway I realised back days I've never seen it in action and didn't manage to get the model until like a year ago? Somehow it looks like more fun and challenge that new placcy version.

Model is now being washed off so expect news from the grave coming with the next post.
And to make waiting more pleasant - have a look at brilliant Mark Gibbons' offical artwork... 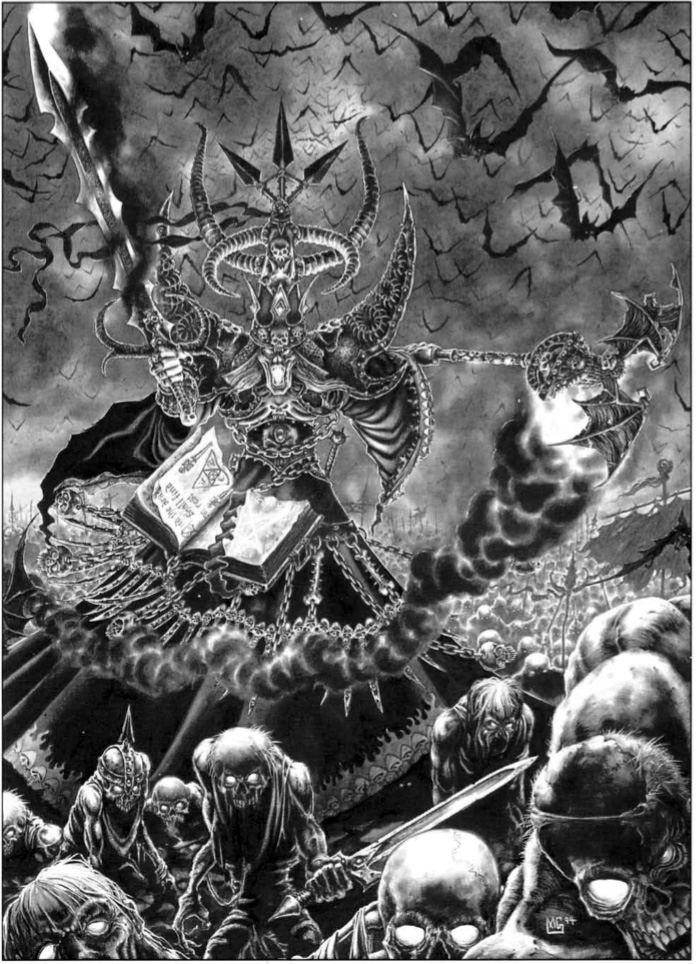