It's been a while.
Since I started goddamn learning there's almost no spare time I can use for painting or gaming. Hope It will change by the end of September.

Anyway I've managed to slap some paint despite brutal life issues - all for Necromunda of course. Recently we decided to add some heavy stuff to the campaign so here are some of the ideas.

First: chaos spawn  - not quite old but damn cool sculpt. Assembling it was ond big pain in the ass so now just cannot wait to throw it into combat. That little nasty guy on right is cultist from RAFM (definitely oldschool piece!). At this point it's demon possessed human or spawn-before-change. Some more fairytales with the next battle report. 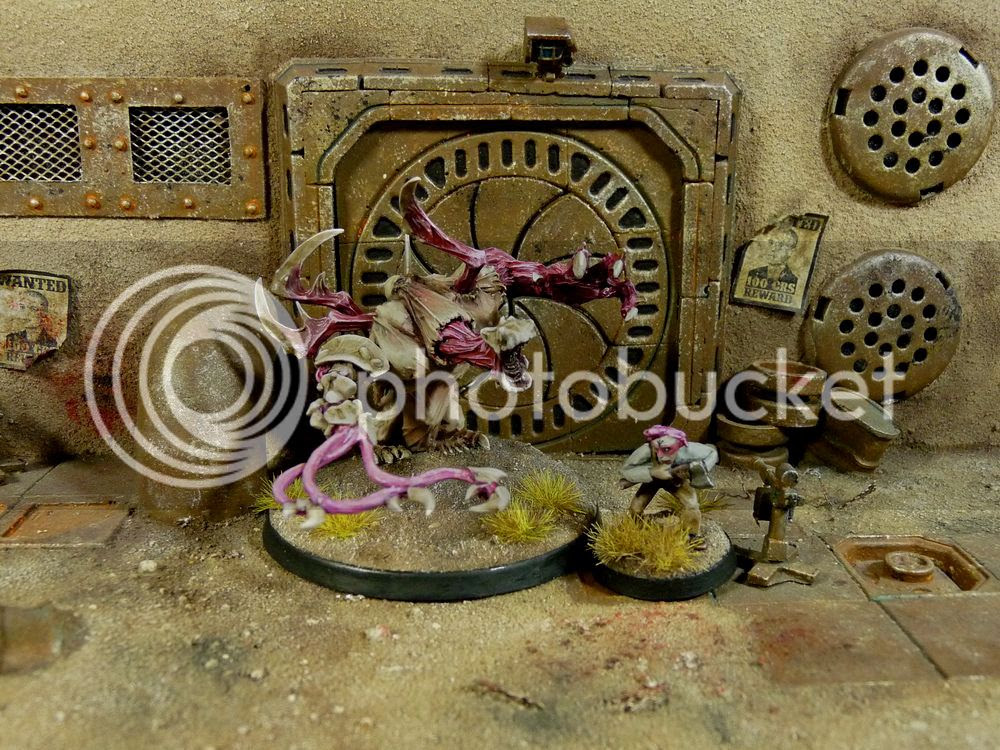 And this is something to counterweight chaos abomination above.
It really has no name (yet) but it's custom built mobile heavy mortar / heavy servitor or something this fashion. Base model is killa kan of course, right arm is placcy dreadnought arm and kan's flamer and left - leman russ' front cannon mixed with Valhallan infantry mortar. Already made up some rules for it to test during coming games.
Decision was made to paint it with similar tones to "Dagon" Tank 'cause I still have materials for one or two heavy engines (first will be mobile artillery a'la Griffon) and about 15 Valhallans - which is just enough for another Necromuda warband! =D.
Hope you like them. 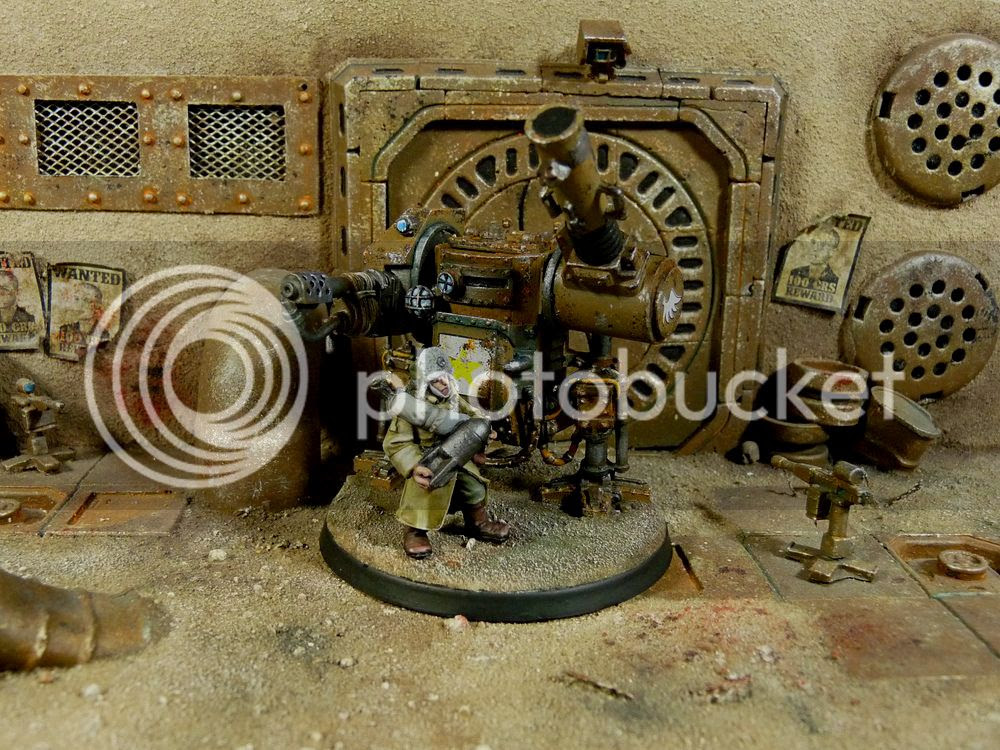 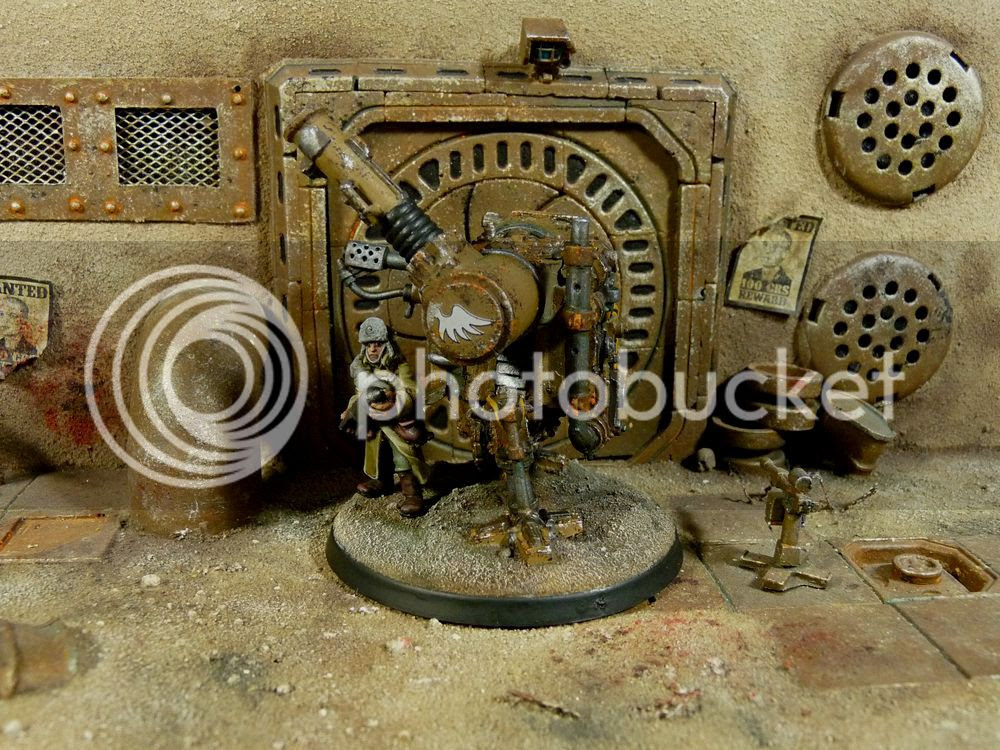