That's it! I am pissed and it's getting worse every fucking day!!!

Over month ago I had a plan to write about very first 15 minis I purchased, Chest of Colors mini exchange and quick report from the Necromunda game but have no strength for it.

I am fucked trying to prepare for the fucking exam but seems to be impossible with 4 months old kid aboard.
Worseluck the whore I share office with is taking a week off so I had to give up plan of spending whole March browsing papers for the exam.

Once again there's not much going on in the hobby area - because of exactly the same reasons as recently.
Buuuut "not much" doesn't mean "nothing" so it turned out I finally managed to make a tiny bit of progress on the buggy while waiting for the driver's proper torso. And stuggling against life challenges that is...
The progress means preparing main structure of the base for the vehicle. It's supposed to be simple and sunny - the weather is just fucked up here: snow, rain, dog shits and fucking idiots just everywhere.
So at this moment there's piece of desert, fence and test "wanted poster". I will use these for buildings on gaming table and for the test I used my very own ugly head hehehe.

I am also taking step - by - step piccies so sooner or later (later - let's be frank about it) another tut will join the Plinth Country spam box. Also according to the mole in the Hobbyworld the stuff might be printed in Gameforces zine - we'll see. 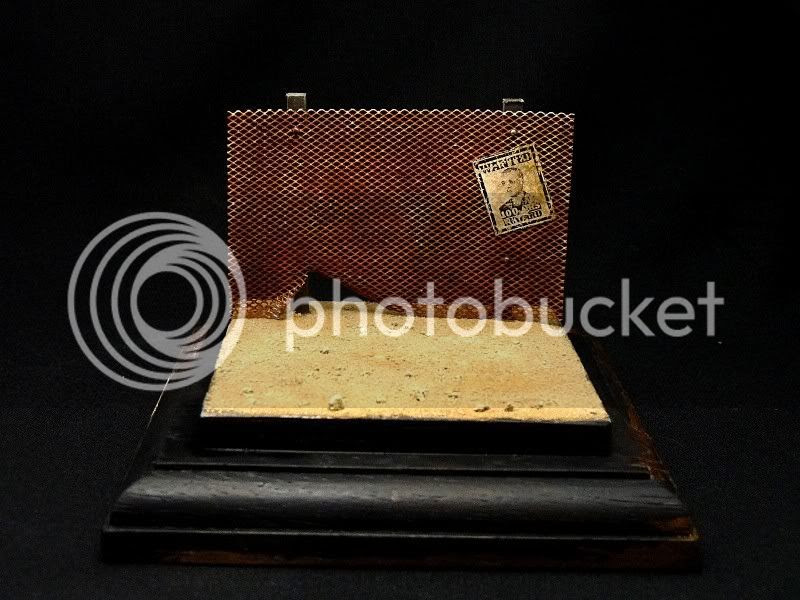 What else? It turned out my kid is solid material for black metal fan.
Yup - there's no shit about it. Last Saturday I was trying to make him sleep and his reaction for Burzum was far beyond my expentations. True - it was "only" Hildskjalf album so nothing loudy and screamy but Varg definitely used to create music with character - damn dark character.
Hope the next band I will introduce to the kid will be something Call of Cthulhu related - he's still bit too small for Troll or Anaal Nathrakh.

And the last thing for this log - the game!
I barely lost any hope for an underhive (or better: ash wastes) sparring in January but it happened last Saturday night.
We played the first game of the campaign planned for whole year - this time Deco chose scavengers scenario so Scavvies and Orlocks (gang built purely on old Warzone minis) were fighting for a loot counter.
After the game we both agreed the table works: there's so many places to hide the game finally looks like proper Necromunda match should.

I didn't plan taking any pics but I took one from above the table in the very end of the evening. Tge table is ready for painting - just waiting for spare evening to do it. Right now the Ramshackle spider got the color as well as some other metal elements.
The plan is to paint silver whole steel on the table yet before applying sand. It's much better idea than repainting silver sand into sand - color again... 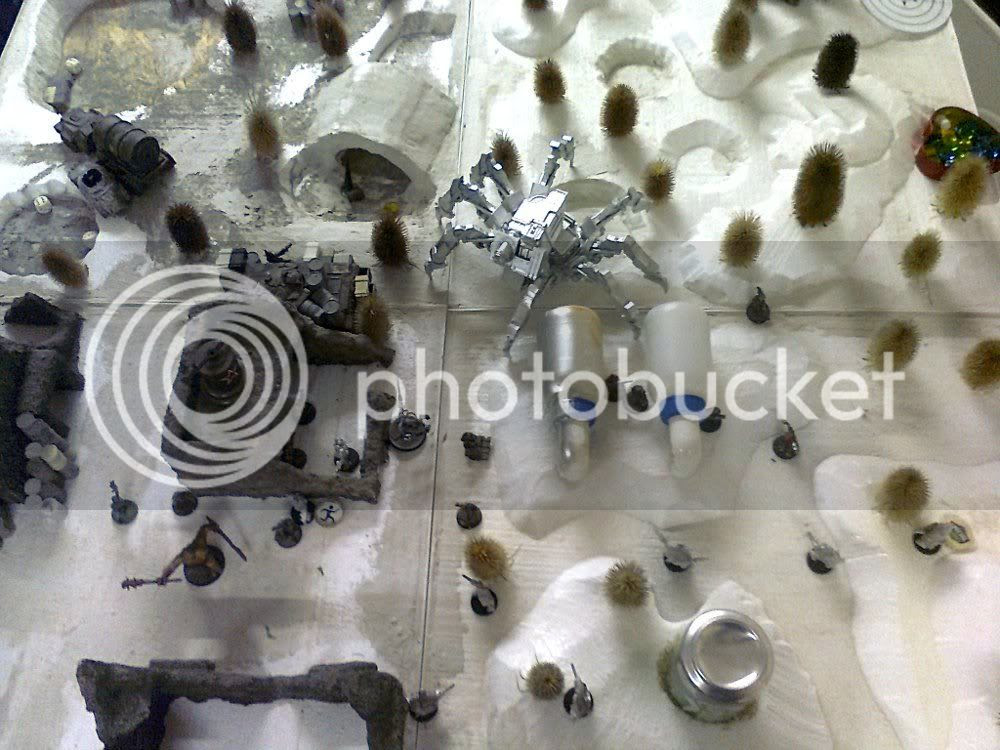 And the last thing - probably the only reason to like winter is field fridge =D
Leaving the gaming bunker in the middle of brutal combat just to bring fresh beer is so annoying but thank to plastic basin and some clear snow rom the garden (the tip for this week: do NOT use lemon snow for it... Do not use lemon snow for anything actually) we get this =D 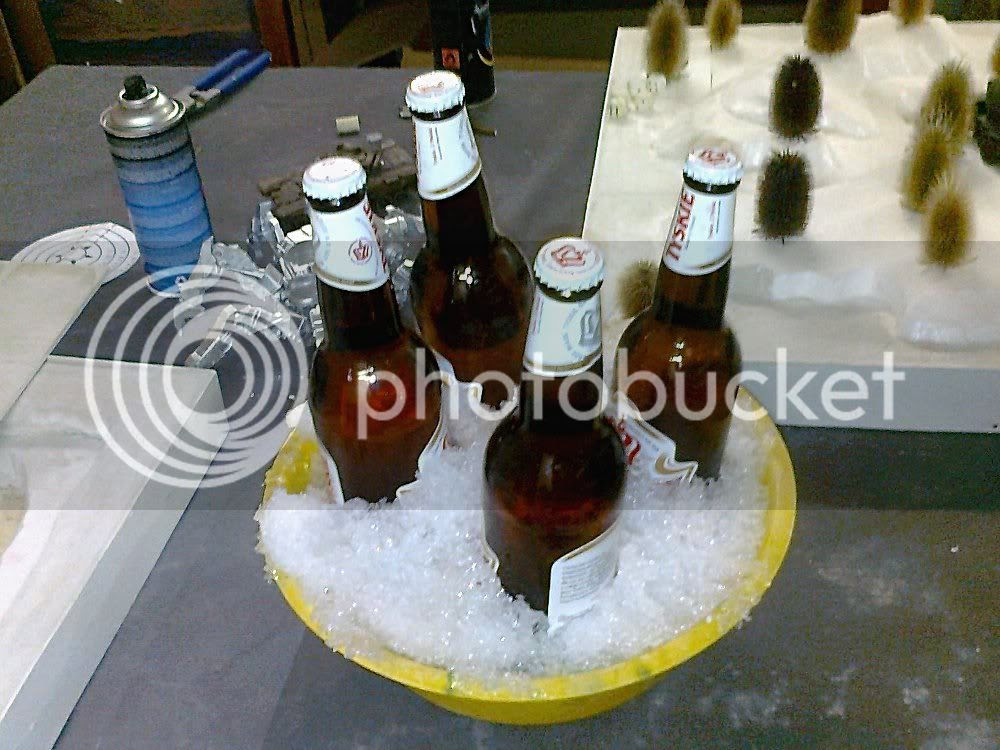 Cheers!
Posted by demi_morgana at 8:51 AM No comments:

Hey again, in the year of apocalypse.

This year hasn't started they way I wanted, in fact is started pretty crappy (mostly in hobby matter) so the log starts with bitching.

I am mostly pissed because we already had an extended weekend here (3 days long) and we had not a single game played!
For fuck sake! Preparing table last year took pretty lot of time and effort, the campaign has been planned and my Necromunda sparring-partner decided to leave for heavy-drinking trip.
Oh well - let's just hope he was having good fun, because I fuckin' wasn't.

What else? More bitching!
Last evening I sent the payment for the real estate appraiser exam in March - papers will be send today or tomorrow. Exam is pretty expensive, fucking hard and the statistics ain't promossing...
But like I wrote: the ministry got the money so the Rubicon has been crossed. There's no other way but trying to learn as hard as possible trying to pass the shit asap.H ere's what is to be sent: whole the shit alltogether is over 2,5 kg brick of paper: 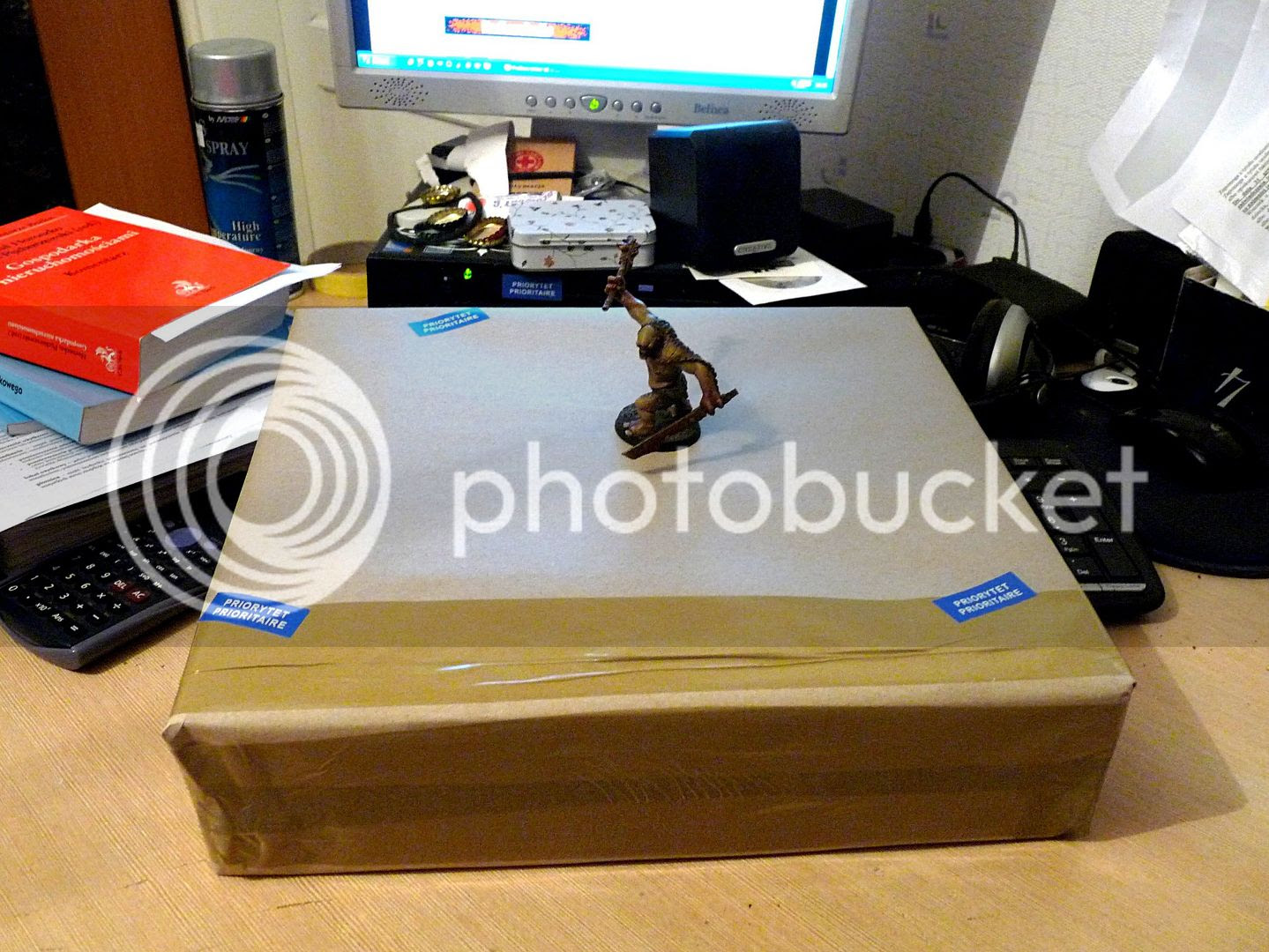 ...containing a year of typing shit.
I am really happy this stuff has finally left my place. 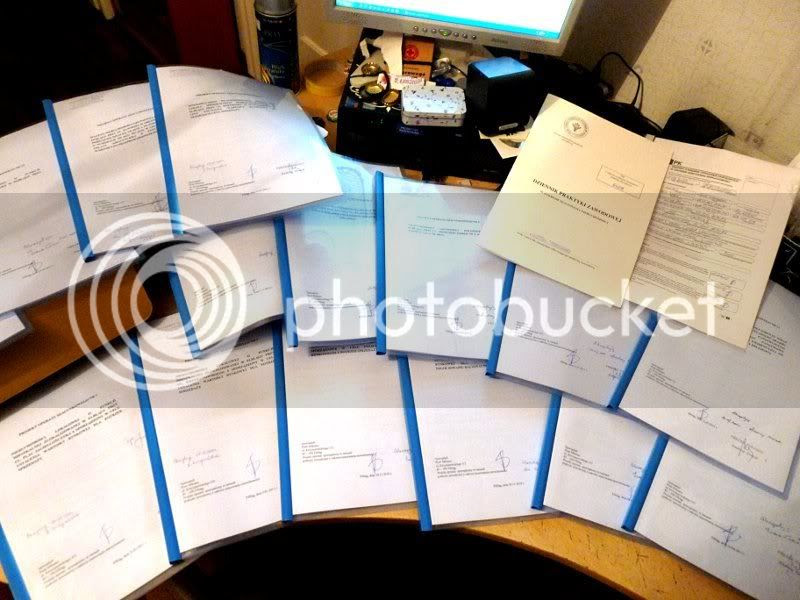 But there's also funny piece in the whole bitching - cake:
some time ago I found the very first Warhammer model I painted ever for my buddy from high school (yeah, is was so long time ago - about 1997 iirc).
The guy was throwing away all old minis he got so I decided to adopt some of them and found this little dude. It's so damn ugly yet I am really happy I found it so not it stands proudly in the very middle of my display case :D 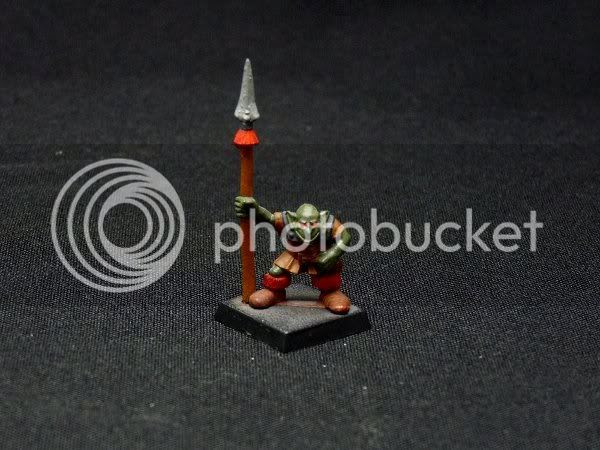 And the last hobby thing - I started assembling the buggy!
Sadly I don't think I will see it painted anytime shortly but I want to see it painted really nice and even got the idea for the color scheme and of course - nicey base. I think after the exam I will take a week off, hide in the deepest basement with paints and finish the toy. 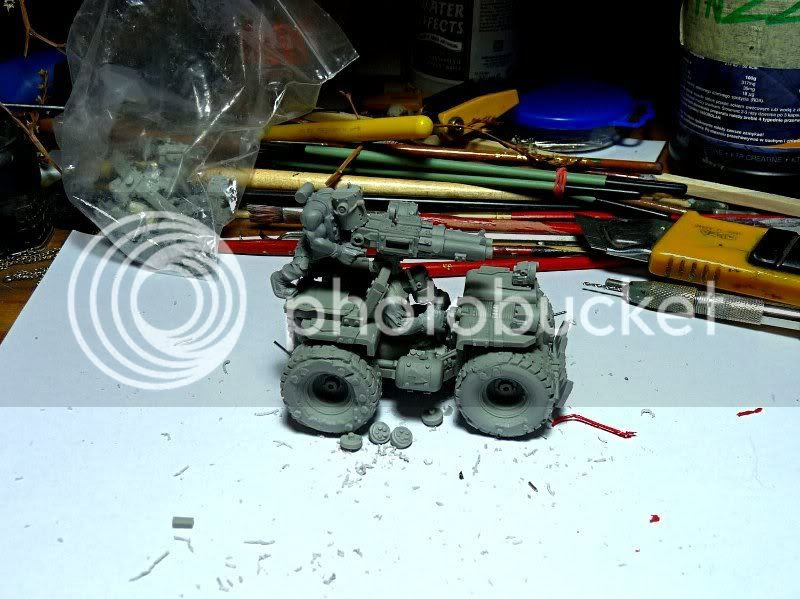 Hope the next time there'll be less bitching and more miniatures.
Take care!
Posted by demi_morgana at 12:24 AM 6 comments: