About 2 weeks ago I moved to the new place. Time in between was spent to adjust the place, get some furniture (like upgrading miniature display cabinet...), get the paperwork done etc.
Lots of things I really hate yet necessary to begin anew.

While I was unpacking first part of miniatures last Saturday I got some pics of my modular game table. I've almost forgotten about that thing!
In June (or so) I realised I was lacking space in the gaming spot - the space was consumed by 10 post-apo modules, 24"x24" each, which were laying unused for way too long.

I still have lots of memories related to this thing: mostly about building it but lots and lots of gaming took place on it: mostly Necromunda and (old) Warzone.
The table has been useless for like 3 years now, mostly because of Bolt Action, but also we found separate terrain pieces more comfortable to store and use than pre-made modules.

I had no heart to simply throw it away but a while back it turned out some local guys play sci-fi stuff on regular schedule, so decision was made they will adopt my monster-baby. I asked them to take some pics after installing table in the club and that's what I got on Saturday.

Fare well Mr Game table, you will be missed!

Below:
Pic I took while packing the thing to the car.
I told the guy he's gonna take 2 rides to deliver all parts ^^ 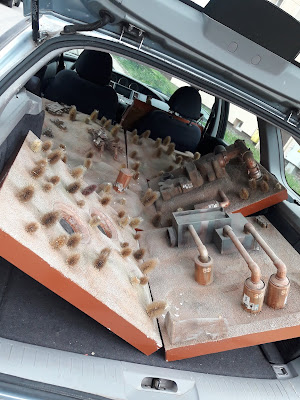 Below:
The table is fully operational in new place. 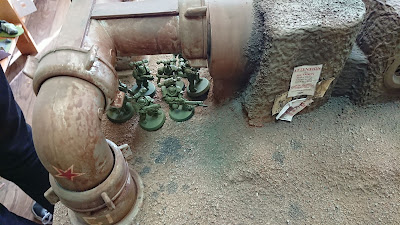 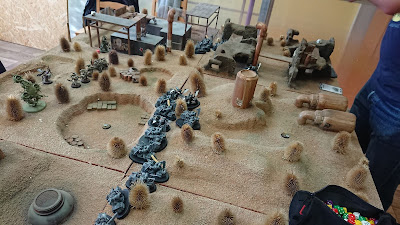 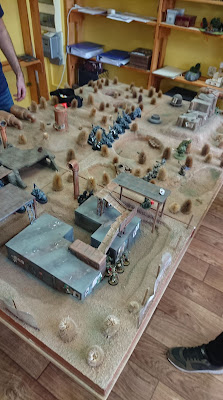 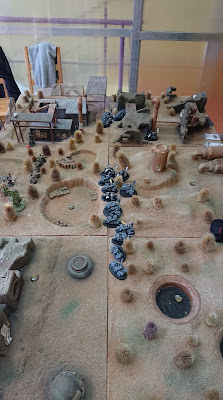 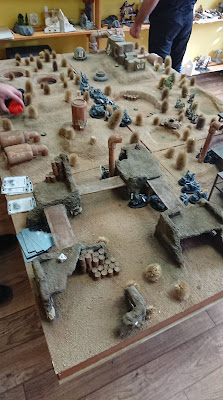