So it's finally done - took a while but I'm really glad I can now move back to painting something "normal". And preferably Warld War II related....
As for the current project I wanted to execute such "flat" diorama for a long, long time. I think I've seen something similar in old White Dwarf zine. And because I try to paint few oldie Warzone range models every year there was a chance to combine both ideas.
What you see below is Mishima Lord Moya's Guard team (kinda super elite, dark future tunnel rats) dealing with some undead legionnaires emerging from an abandoned underground bunker, secret lab, mine or whatever.
It took some planning to get the thing done, especially about constructing the cave, assembling the bunker door and making all elements fit the box. Looking at it now I think I should've added something under the cave roof - maybe some spider webs or some flying bats (eeek-eeeking fearfully) but I might keep these for the next piece.
I am very glad I could work with plaster and try something new in the painting / modelling field. On the other hand I am very not glad because too much rusty pigment was applied at the very end so the bottom looks bit like mud.
Or rather like some Mishima guys took a crap watching the might ov Dark Legion warriors... 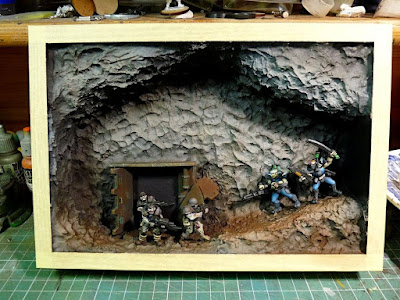 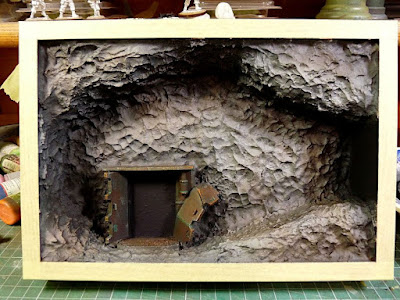 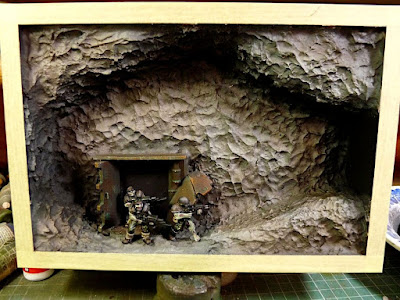 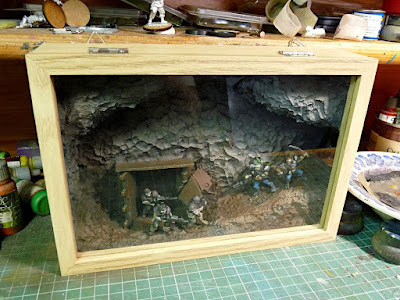 Hanging on the wall: 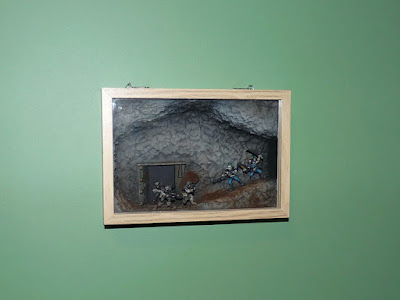 Cat for the scale: 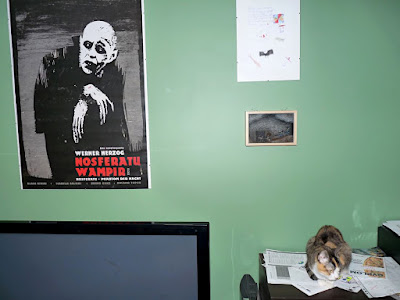 Apparently real life has striked me hard once again so there's nothing fresh painted so far. But since the bloggy is just everhungry I decided to throw it little something:
teaser of what I am working on right now: 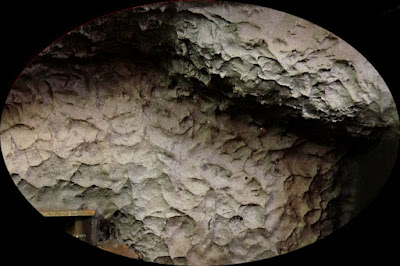