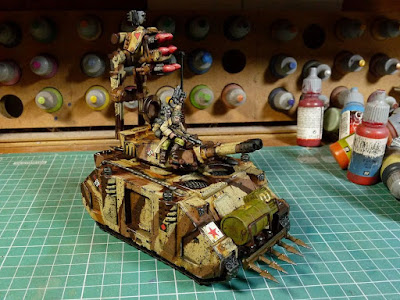 This time it's about reanimating and actually finishing the old project.
So a while back there was an idea to build some vehicles for Necromunda gaming.
These were supposed to be conversions rather just models painted straight from the box.

Long story short I already had Chimera painted long time ago which was dismantled and turned into mobile flamethrower ("Dagon").
Some time later I also got used Rhino and Predator (probably): Rhino was turned into mobile mortar ("Mjolner") so there was the last vehicle left to work on.

Here's the current result of works. Deeply hope you can see two pics below - most older photos on the blog got fucked after damn Photobucket changed is fucking policy...

You can also see more pics of these here ("Mjolner") and here ("Dagon").
Hopefully that is...

Anyway below you can see photos of the latest tank, named by terrified ratskin and mutie savages: "Beast 666" or simply "The Beast" (there's no time for full name in the heat of raging battle).
I tried to keep the same color scheme so whole battlegroup is as coherent as possible. Initially I tried to apply "rectangle" camo just like on models above, but glue on mask was so poor it kept falling off before I managed to spray paint, so stripes of ordinary masking tape were used instead. Me likey.

As you can see there are Valhallan riders on the hull - I have dozen or so of these which were supposed to form another Necromunda gang.
Fluff wise it shouldn't be a problem to transport 12-15 men in 3 medium tanks after all.
Really would love to see whole Valhallan armored squad painted one day.
Cleansing those dirty, dirty xenos with fire...

I am glad the vehicle is finished but don't like the missle launcher set:
I mean initially it was supposed to be something looking similar to Calliope launcher but after the support column was drilled and glued to the turret I realised I don't have enough parts...
Yaaay me!

After quick (and bit desperate) excavation I found placy deff kopta, spare killa kan missles and some other bits. The more firepower the better.
The missles are way too short for anti-tank weapons, but should be just fine as high explosive ammunition.
You know - to crush whole dirty, dirty xenos gang with a single blow... 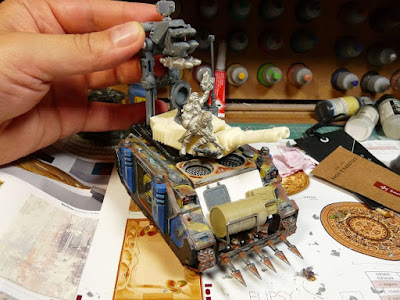 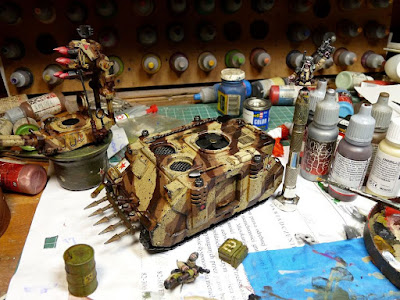 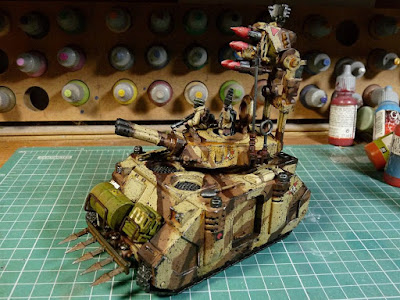 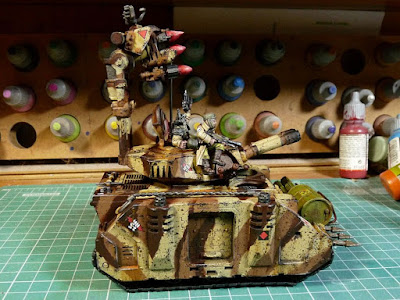 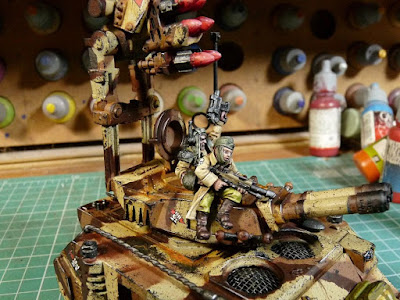 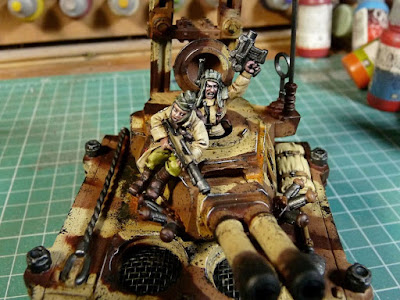 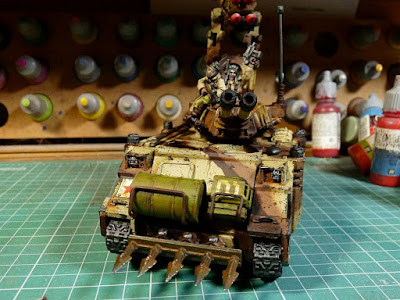 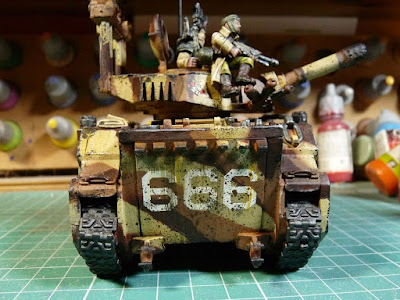 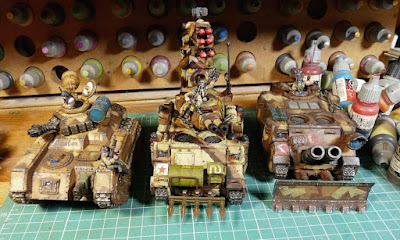 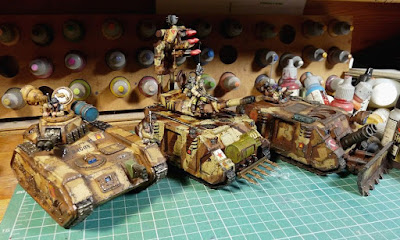