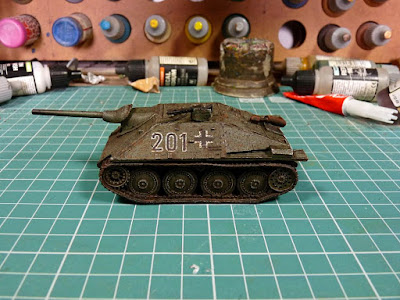 Once again I've managed to slap some paint on toy soliders, this time it German tank destroyer: Jagdpanzer 38(t) a.k.a. Hetzer.
It's special piece because this sneaky bastard it birthday gift for my brother - painting that is, the model itself arrived a while back.
Anyway I wanted to paint it so the color fits brother's Heer infantry. Most of official patterns I found in the webspace is fancy camo but I went into something similar to german uniform / feldgrau (based on mix of olive and greys).
Everything was more-less fine until I started adding chipping and mud. All in all now it looks almost like my US vehicles. Next time I think I'll give a try to pure grey as base tone, maybe with nazi flag laying on armour for contrast. Plenty of time for planning 'till the next birthday. 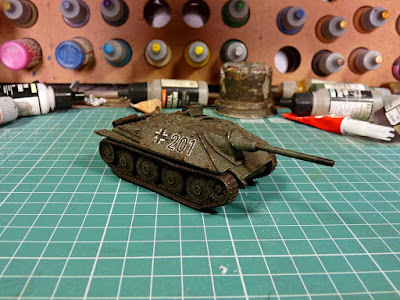 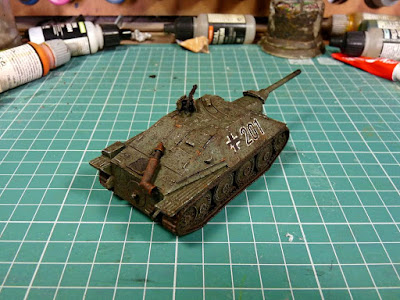 Because my short "holiday" is over so I decided to get remaining 4 models painted, to get basic US army detachment fully painted.
Sure, there's still plenty work ahead, but it's just basic ~1000-1200 pts.

Remaining models are 3 Black Tree Design riflemen and West Wind Productions BAR operator. They are all cool: models are more-less same size as my fav Artizan pieces so they all look great as crowd / squad. Besides my infantry constantly remains 100% metal =]
Painting is nothing spectacular: the same color palette as before to keep whole infantry coherent. Backpacks and ammo belts of the shooters were painted with VGC camouflage green, which nicely fits olive uniforms.
If I find more models with backpacks I hope to build 8-men strong engineer squad: 2x BAR and flamethrower in a single unit sounds just sweet! (and smells gasoline + burnt flesh...).

Field "hospital" in the back (or rather camouflaged ammo storage as my opponent claims...) is adopted spare piece from Rubikon Models US truck I got recently. I was hoping to get more striking colors using chalks, but all in all it didn't turn out as planned.
Red Cross is another experiment - more successful this time. I wanted it look like soliders painted it in the field, so I prepared simple stencil and used sponge for applying thick layer paint. Some unpainted areas were left on purpose so whole thing looks more realistic (hopefully...). I also hope to paint some camo on next tank (Sherman 76mm or Chaffee) using sponge. Results might be interesting. 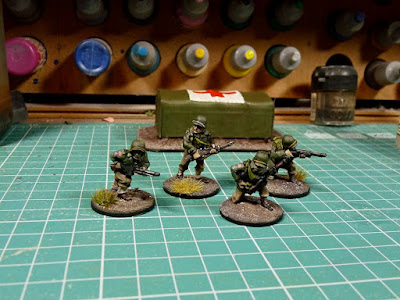 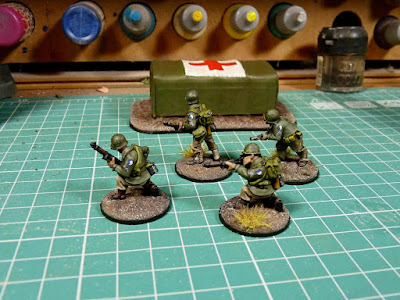 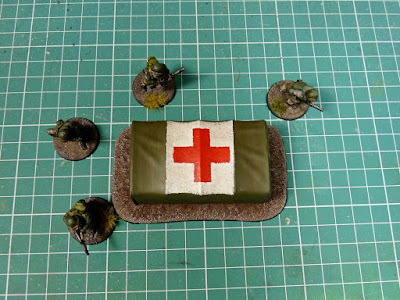 And last thing 'bout BA this time: since the last post we've also managed to play some Bolt Action games - improving the matches a bit.
First improvement is aerial recon. General idea is:
battlefield is set up at least few days before the game and players can find in mail boxes (mail, not e-mail!) photo of the field so the best forces can be chosen. Usually some partisans gets killed to provide such materials for the commanding officers: 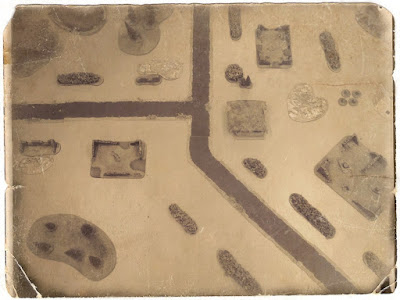 Nice, eh?  And below - the actual battlefield.
All in all it's not much effort but lots of fun getting true letter these (modern) days. 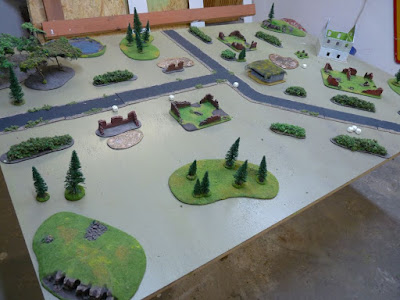 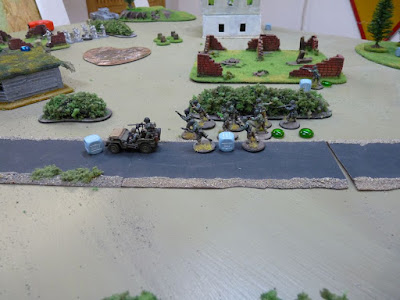 Another upgrade is grass:
until now we played of simple board painted green but last week proper gaming mat was found and suddenly everything looks WAY better. Kinda brings back memories of Warhammer Fantasy Battle 5th ed. reports. Almost pro.
All I have to do now is somehow force the opponents to paint their minis. Or at least spray undercoat, so the battle photos don't look like US army faces bunch of T-1000... 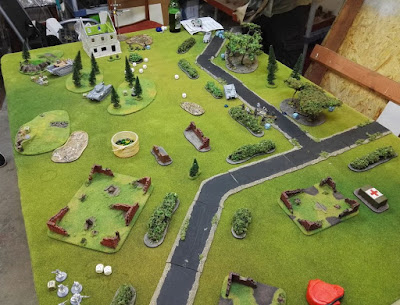 And last but not least: Photobucket recovery series.
This time I'm bringing oldie Zombie Dragon painted on February 2014.
The model is quite old and for me it's still one of fav miniatures from Warhammer Undead army. I think I should give it new pictures next time I get it cleaned.
And maybe finally assemble Dieter Helsnicht... 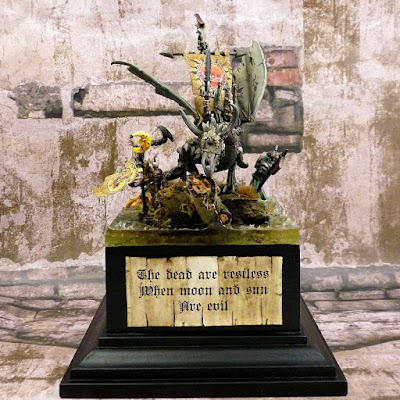 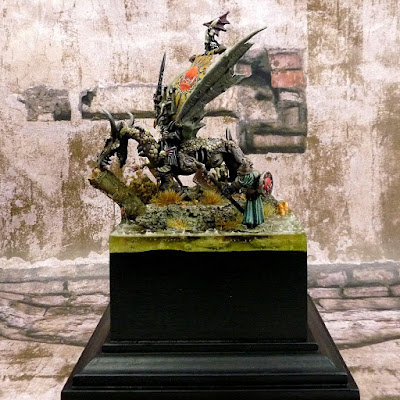 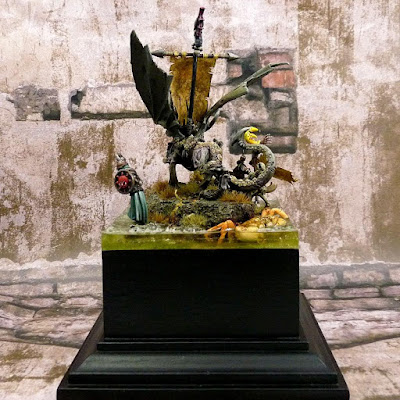 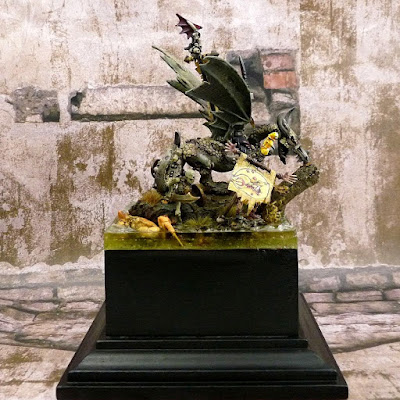 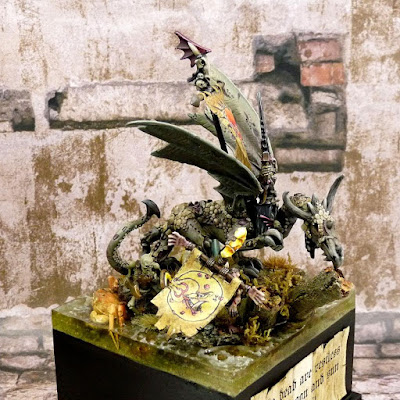 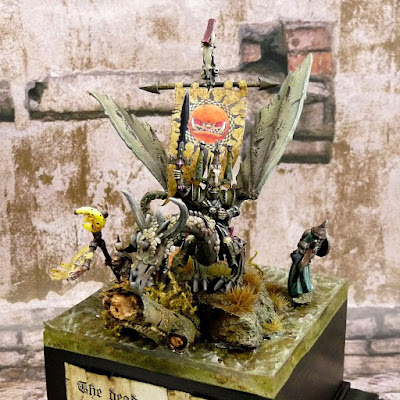 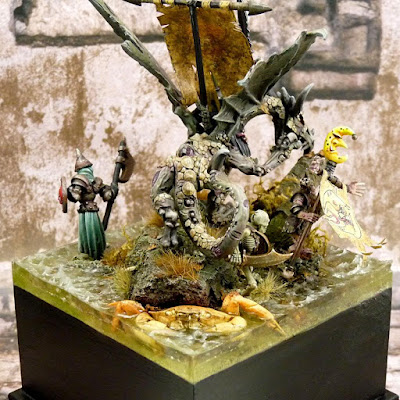 Since we're around Oldhammer - recently I found oldie chaos champion model in the back of glass case. Sadly I have no use for it so decision was made to find new home for the piece.
If you think it might feel better in your place - let me know (here or via FB), for gaming purposes I can remove the plinth and replace it with standard base.
Some more pics in the proper Facebook Oldhammer Trading Post thread.

Till the next time!