Looks like I didn't forget how to handle a brush

Finally there's something serious and worthy mentioning:
the paint has been slapped on an old plague zombie model. It didn't turn out spectacular BUT at least my Scavvy boss got one more painted gang member.
True - dead, and also true - worth 0 credits but on the other hand it can stagger into the most deadly machine gun fire, take some hits and still spread the plague!
In fact I am so glad one more deader got painted, that the decission was made to put it on FUUK online painting contest. Don't think it will get much chances but what the hell - zombie doesn't care so why should I? ^^
Hope you like it - the next one is to be painted shortly - deadline for Chest of Colors contest is coming fast! 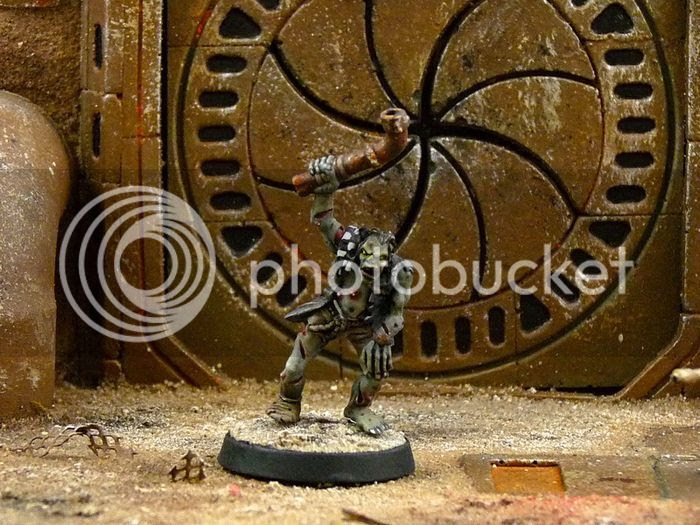 There's even more!
Mario from Gameforces zine was such a kind dude and sent me the issue with scavvy bunker step-by-step article printed.
It's bit silly but my fat ego has been pimped once again and it feels sooo great =]
I mentioned Mario about plans of preparing big text about modular gaming board (for which I scavenged more materials during the fucking moving) so lets hope I will be able to bring the whole thing into existence. Especially that one of things I promised myself after passing the appraiser exam was finishing the goddamn table:
playing Necromunda deserves only the very best setting =] 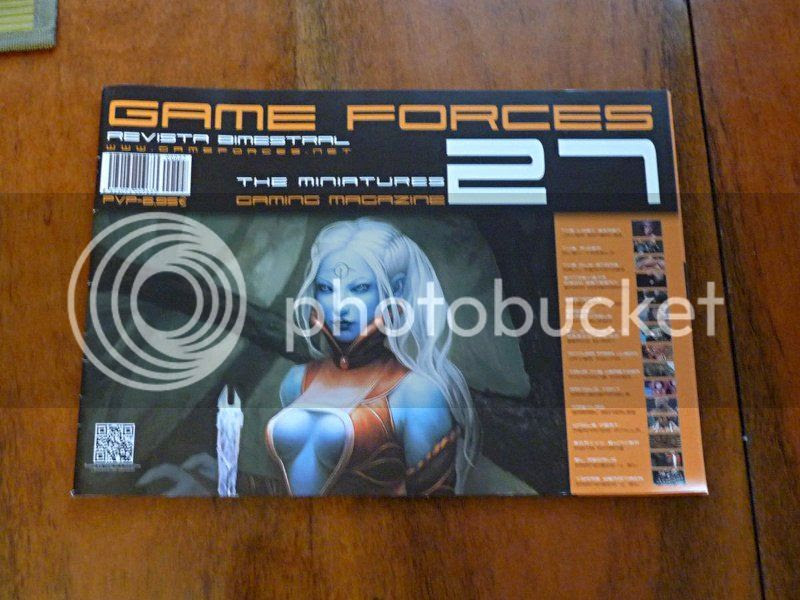 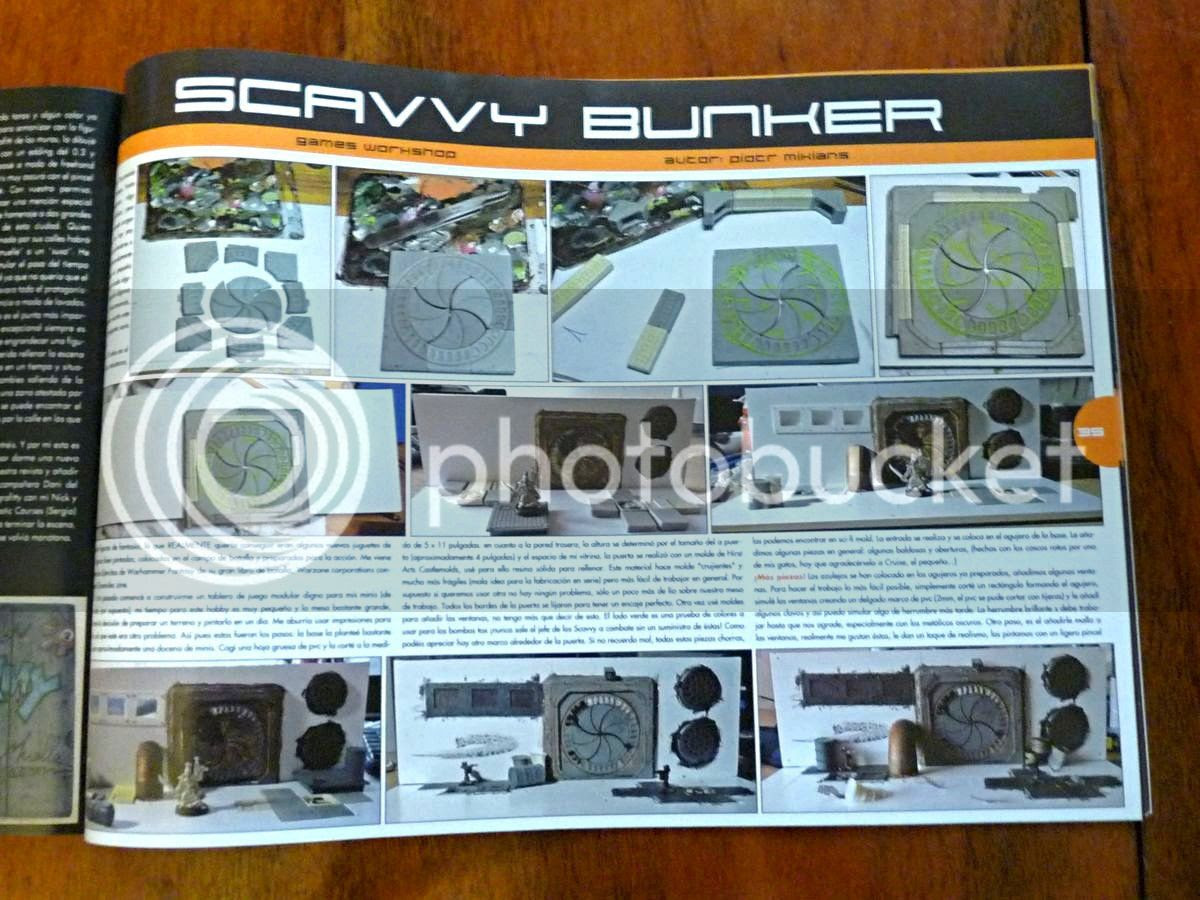 Since were at Necromunda topic another model has just left the painting station.
I've been waiting for this sculpt for a very long time and it made me extremly happy when I got it: alternative version of Scavvy boss (in my opinion this corpse lover looks much more mean than boss included in oldie starter box).
Sadly the paintjob didn't turn out as fine as I was hoping for (I probably shoul have painted some more zombies as a training) but screw this:
I like it and the paintjob fits the rest of re-painted gangers. Besides this guy and his plague zombie sidekick bring total number of painted minis in 2012 to magnificent level of 11! ^^ About 7 more and the whole gang of Scavvies will get new colors - including 2 original, armed with ranged weapons scalies. Sadly there are another 7 waiting for being re-painted.
This should be quite a surprise for my opponent... 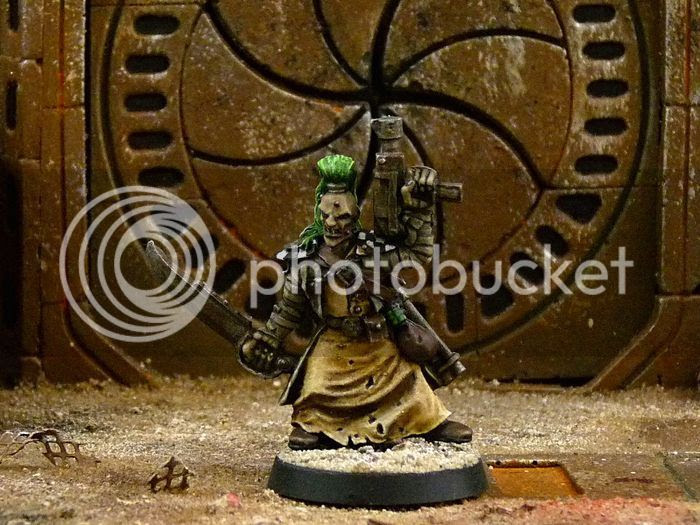 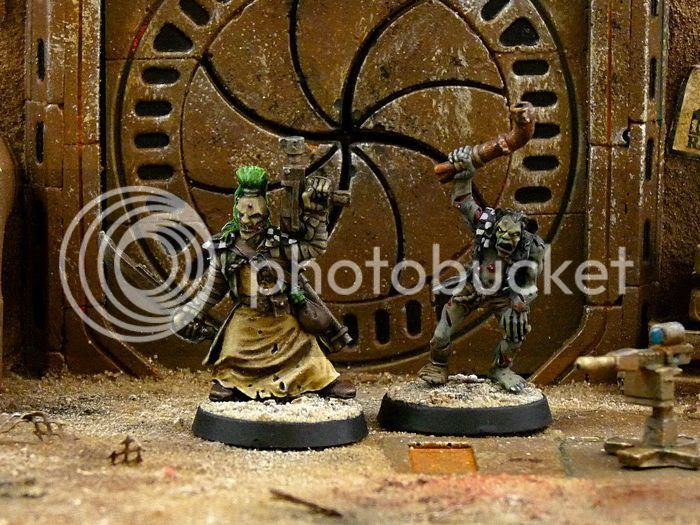 And last but not least - last Sunday night we were having quick Call of Cthulhu card game match. We got the base decks some time ago but this year because lack of time for tabletop gaming we got a few boosters so Ancient Evildoers can confront The Good Guys properly.
Never was fan of CCGs but having quick (45-60 mins) card game instead or rolling dices is great change. And on that eerie night worshippers of Cthulhu ate really tasty Syndicate/Miscatonic supper muahahahahahaaa... ^(;,;)^

I had so many big plans what to do after the graduation but because of my brother's wedding last weekend and (still) moving to new place I barely can find pair of pants, not mentioning the painting stuff.

Looks like there's no other choice but waiting patiently until the whole mess calms down - I would love to paint anything.

There's one technical announcement though: because the Plinth Country site is to be shut down as soon as possible all tutorials stored there have been moved into the sub-blog. To get there all you need to do is click proper button in the side panel:

Just be warned - the site is still under construction so it will get new look when I get some spare time for the job.

Demi
Posted by demi_morgana at 3:07 AM No comments: