Since the last post I've been working hard on finishing the zombie regiment. To be specific: working on all zombie models I've managed to dig out of my models lead pile.
There's not much of them at this point but still more than I was hoping to find when the Undead Company project was started.

What's on the rotten menu this time?
For starters the leader of the group: oldie Marauder vampire, Grenadier zombies from 1984 and 4/5th Warhammer Fantasy edition corpse. Btw - I've just learnt that ugly reddish zombie I've finished a while back got the name: Deadringer. Happy birthday I guess.

The vampire was a pleasure to paint.
Sculpt is simple but it has that "something" which makes work nothing but pleasure. It's a pretty tall looking model because of the arms up but I also put a little cork on the base to make it even taller. I want it to be clear who's da boss of this rotting mob (and not only by wearing a dress). Robe is not super matt which means I might need fresh pot of varnish.

90's red hair dude also carries the short story.
I got him long time ago but he's been unemployed since I gave up WFB. Later it was converted into Necromunda plaque zombie but since the result wasn't satisfying (I cut it's left arm off pretty bad) model was condemned to the pile.
Last month I found that poor piece, washed the paint off and decided to bring it back to un-life. Initially the plan was to give it a placcy arm and then large shield to cover the damage but I found unused metal parts from the first of the "new" skeleton regiment (there were drum + stick, banner and champion's head + mace). Quick cut, bit of greenstuff and solid pin and voila! - unit's own drummer is ready for march. All I need now is kickass standard bearer.

And last but not least - Grenadier minis.
These were casted in 1984. Funny feeling: I was painting those knowing there were people playing tabletop wargames when I was only 3 years old pest. That's almost nostalgic.
Anyway the models are painted - these are definitely Oldhammer, but I must admit I prefer minis from bit later period (Perrys' or Morley's bits). I tried to paint them the same way as rest of zombies but they turn out just messy and plain. Sure - painter is the only one to blame for paintjob but I believe some minis cooperate and other not.
This rotten trio was not much help for me, still I am happy I got opportunity to give them a try.

So here you have all the metal zombies excavated so far. I still should be able to find enough placcy parts to build 2, maybe 3 more models but I don't think I want to "ruin" decent metal unit with plastic. Maybe later, when I become more desperated. Search for more zombies continues. Next deaders coming: skellies, screaming skull catapult or ghooouuuuuls... 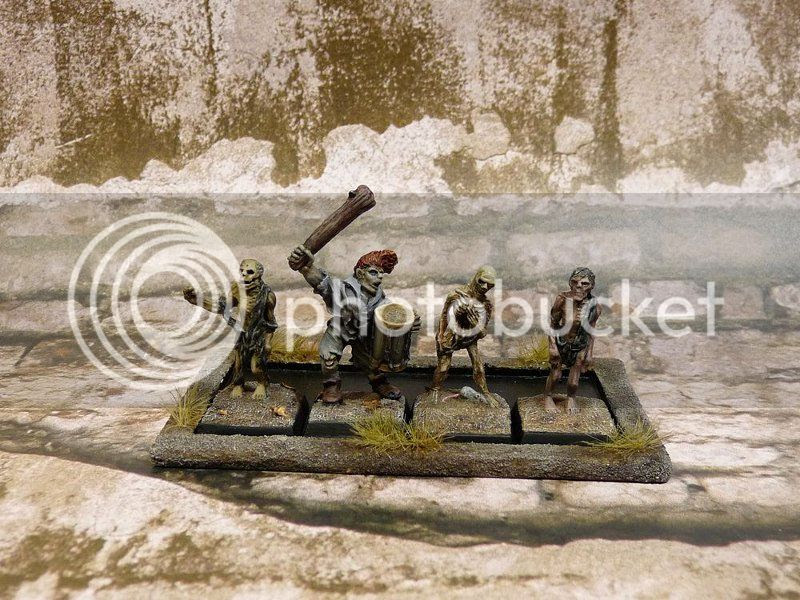 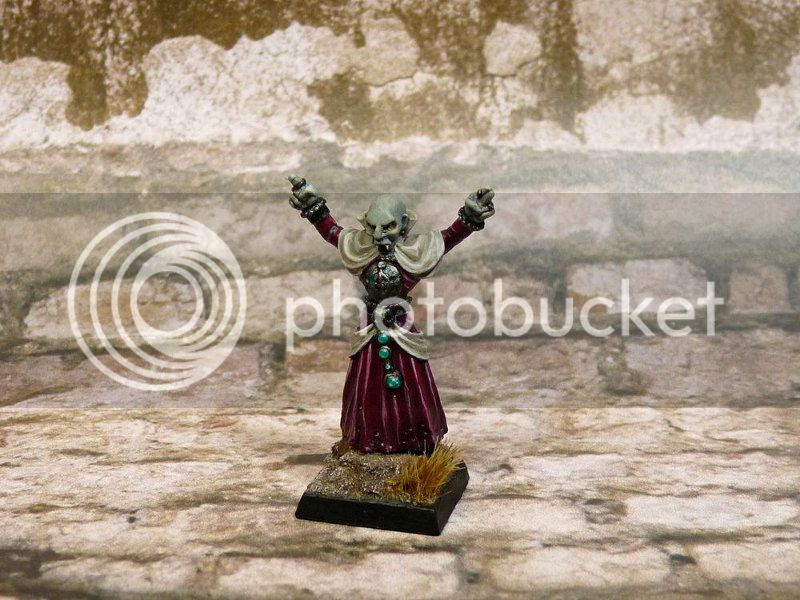 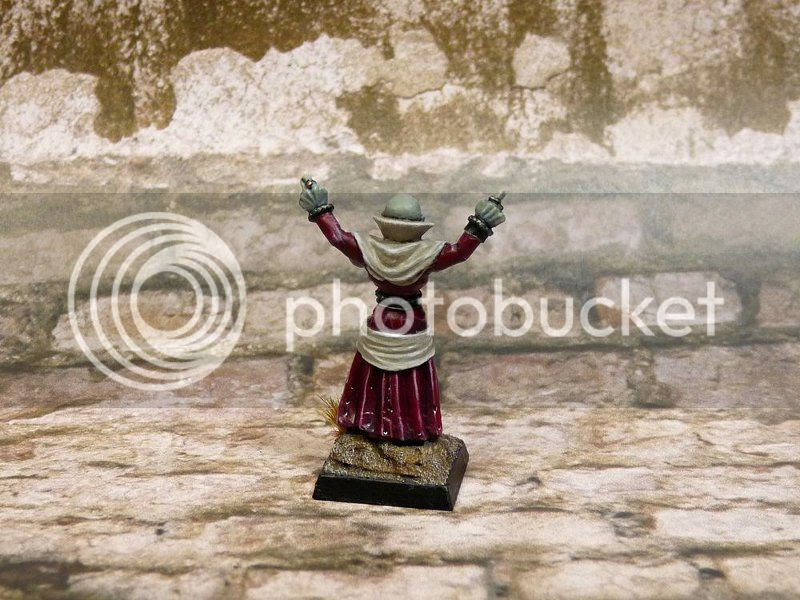 And this is something I converted in the meantime:
vampire's mortal servant, halfling dreg. To protect the Master during ghastly, sunny days... 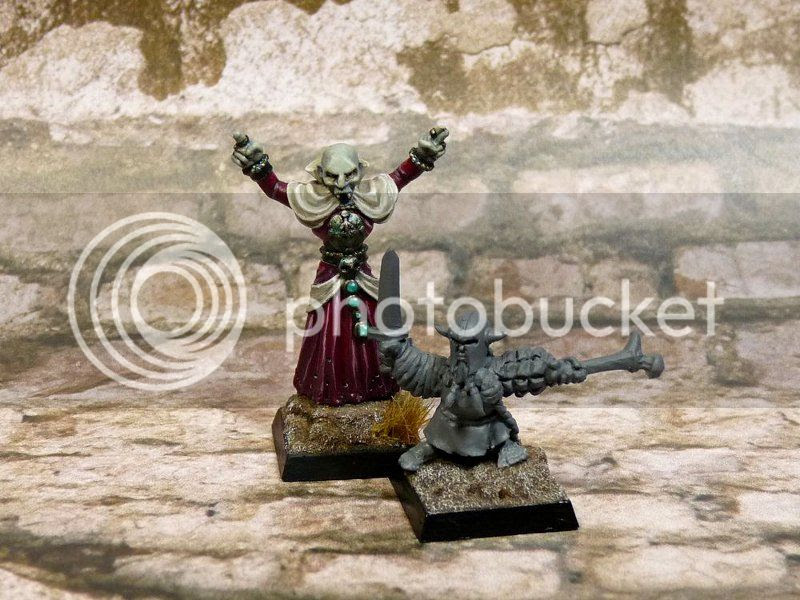 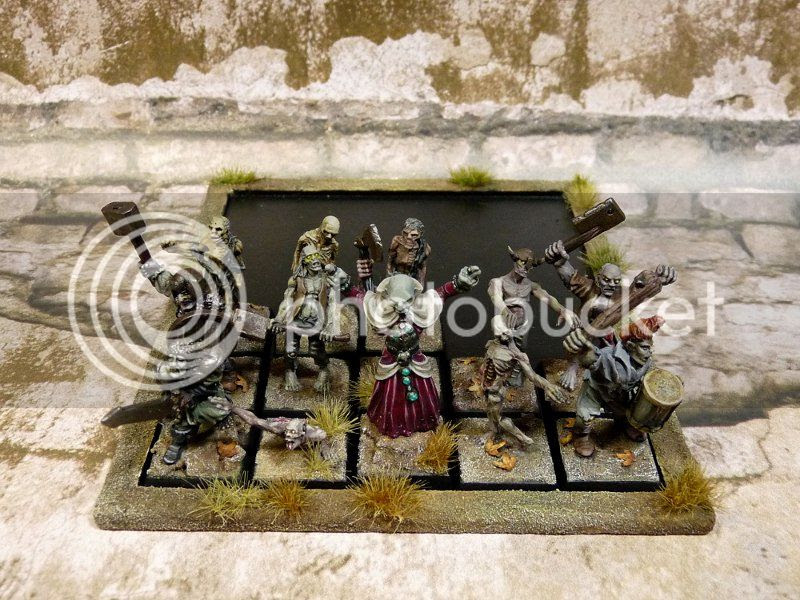 Damned company of the Old Skull

After dealing with the Lich Lord I've been still thirsty for dead flesh so last weeks were used for painting first deaders from the coming undead company. Yeah, the shambling army of the dead is coming! Well, more "company" than "army".

The general idea of it was spawned long time ago (probably it was always in the back of my head) but until now I neither had time or will to plan everything, get necessary models and of course - start painting them. So here's  the overall shape of the army I'd like to see collected and painted. Yet in this life that is:

I'd also like to see zombie dragon (the previous one is only display piece) but I am not sure I have enough power to paint the same piece. Zacharias' mount is pretty cool but I'll see if there's any other option with oldschool vibe.

Pictures time.
Below is the result of last month's night work. At first I thought I had only 2 or 3 zombie models but after closer examination of the lead pile some more were found. As you can see these come from different manufacturers but it's ok - I like all of these sculpts (especially love the swordsman - no idea what's the brand but I hope to find more where it came from).
Painting was fun. Painting deaders is always fun but this time I also tried to test some unused colors for zombie flesh.
Next one coming should be oldie vampire and then - early 80's zombies I got from old buddy. Hope you like it. 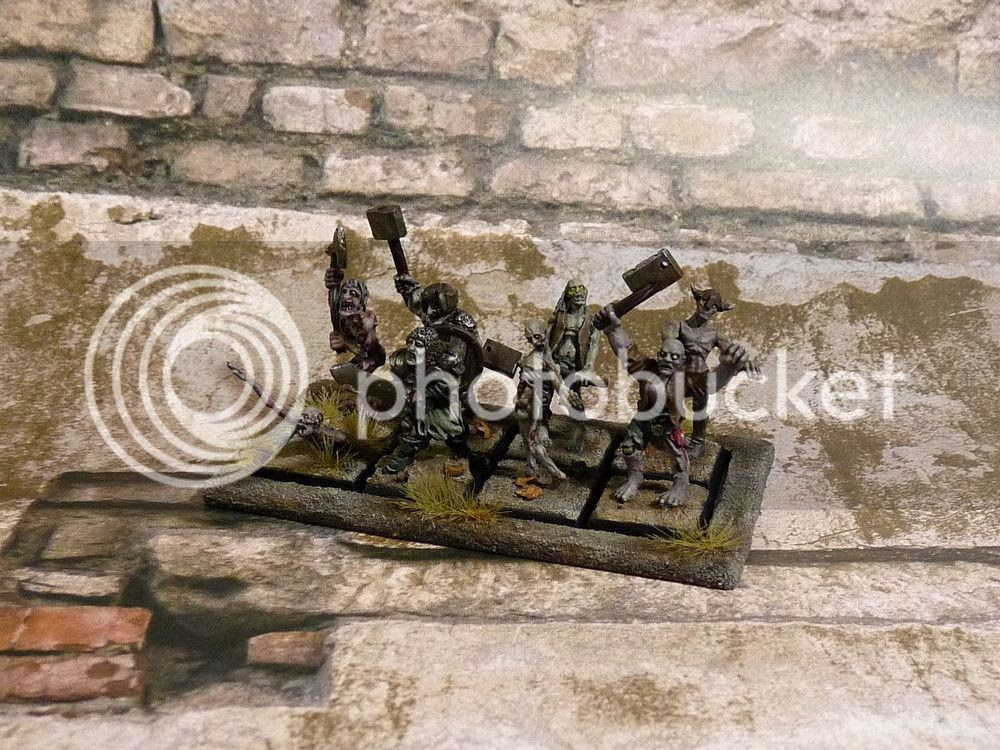 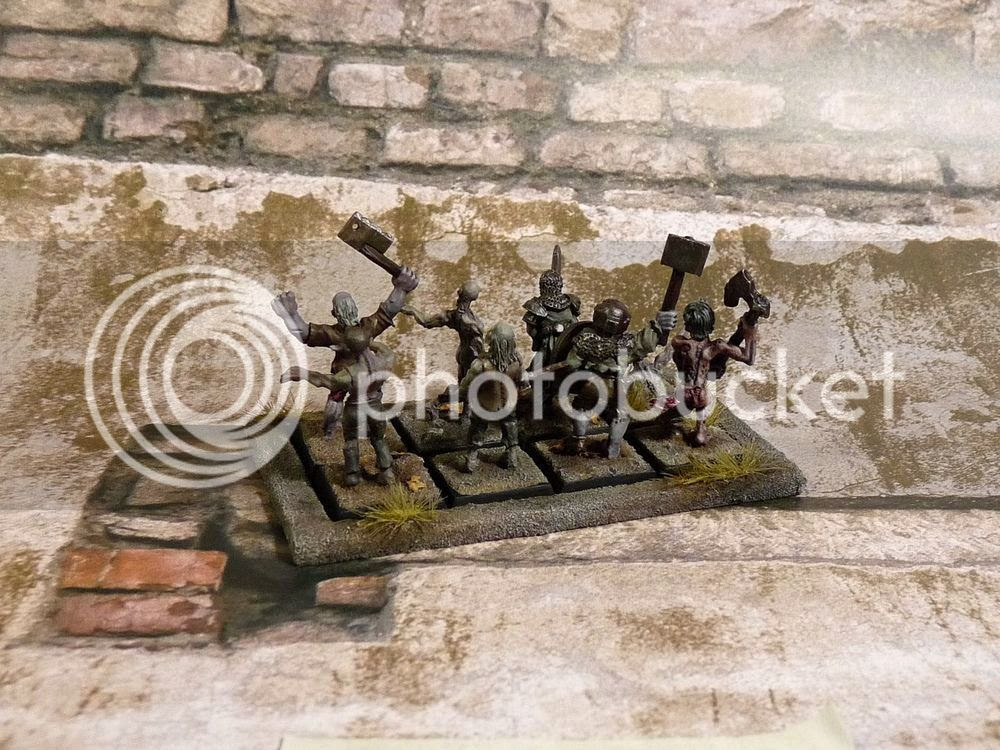 As for the bad news for me - there're still 22 models still to be collected and painted to complete the first core unit of the company. Quite a lot of work ahead... 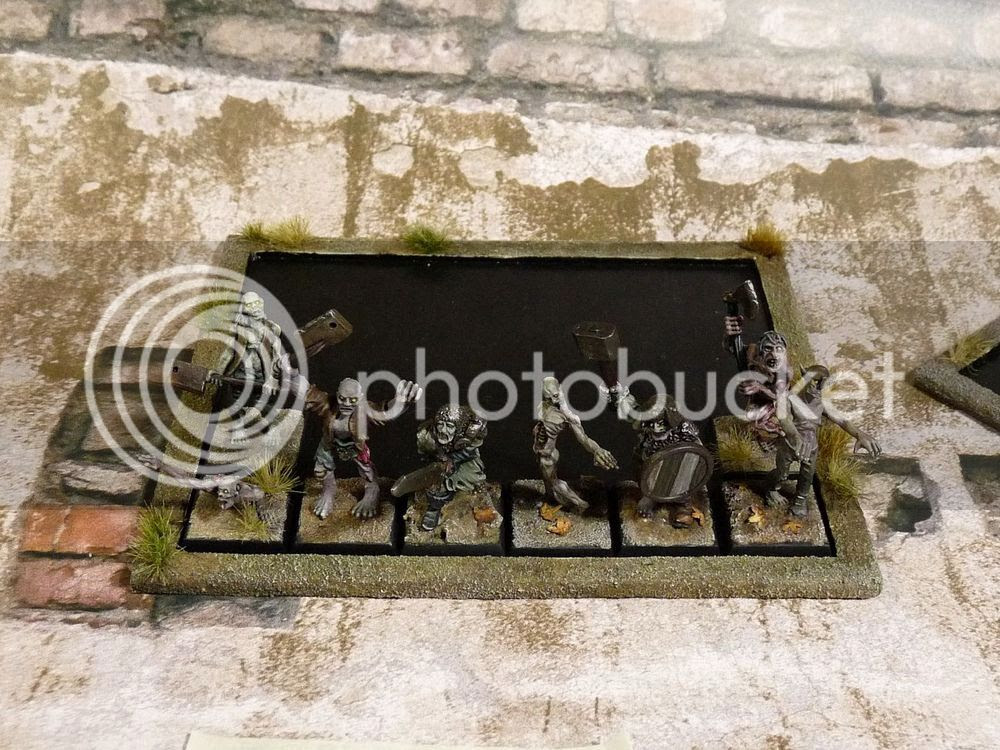