Cryx painting rampage continues!
Really, I totally forgot these models are so fun to paint!

It's actually very old conversion:
the body comes from Nightwretch, but I cut off the "beak" replacing it with chaos terminator powerfist and some wire. In my opinion it looks just better now not mentioning the fact it can be used as any bonejack proxy!

Ok, time for some field tests for this little bugger... 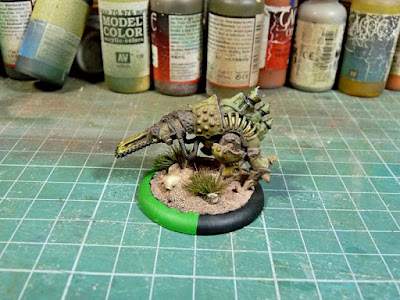 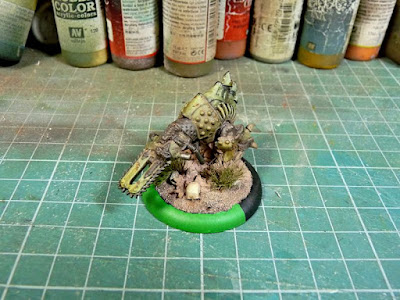 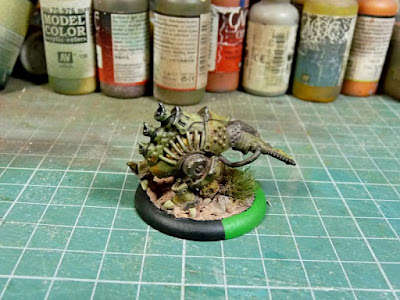 Last time it was Slayer leaving my painting station to kick Magnus' wooden arse, and now it's time for it's meaner brother to join the battlegroup: Seether.

Gamewise that piece is just badass!
It's way more deadly version of Slayer: runs for no focus points, moves (jumps) over obstacles, it's hate driven (whatever...) which gives it a free focus point every round!

I kept similar color choice to the previous helljack - really like that combo must say. What I do not like is it turned out I've applied too much chalk on the base which made wrecked Deathripper look like mound of dirt. Oh well' will try to keep that in mind working on the next member of the battlegroup.

I had lots of fun painting Seether and will probably try to paint one more, so if you'd like to include this one in your battlegroup just let me know - the bad boy is going to hit the market sooner or later. 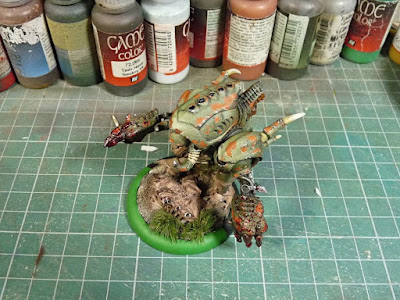 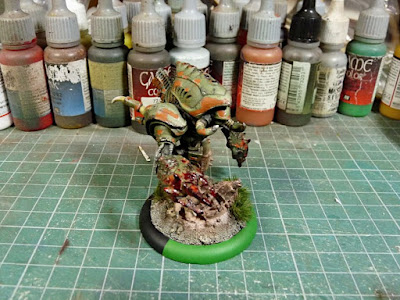 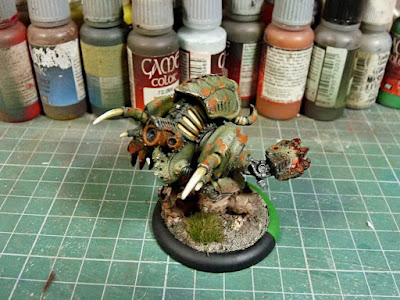 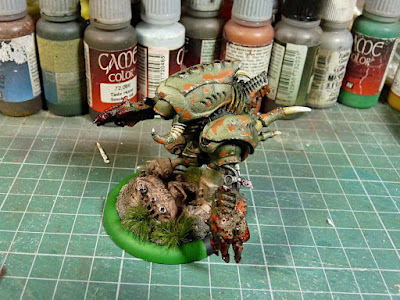 Till the next time!
Posted by demi_morgana at 4:27 AM 7 comments:
Email ThisBlogThis!Share to TwitterShare to FacebookShare to Pinterest
Labels: Cryx, miniatures for sale, Seether, Warmachine

"An eerie glow pulsates from the Slayer's furnace, a frightful light illuminating even its eye sockets, suggesting some greater intelligence. After decades of Cryxian terror along the coasts, any greenish lights - like those found floating in the bogs and fens of Immoren - are often called "Cryxlights" by superstitious travelers".

The bad boy is back!
I've been missing seeing that model painted in the glass case for a long time...

This sculpt was acually what dragged me into Warmachine back in like 2003 or 2004.
After years of Games Workshop's stuff Warmachine was so refreshing, not even mentioning badass Cryx sculpts!
We've been into this for several years, dropping Warhammer and Necromunda totally.
Things changed after Privateer Press released another expansion with even more unbalanced models and started switching from metal to plastic stuff.
That was the breaking point for me.

I sold most of my models (most of the painted army that is...) leaving just some fav models.

But like 2 weeks ago I spotted an advert:
the guy was selling some unpainted models I used to have fun with...
I called my One True Foe about it and it turned out he was also kinda nostalgic about oldschool, FULL METAL gaming.
Huzzah!!! \o/

I've excavated some unpainted helljacks and few days later the infantry was delivered...

What you see below has been waiting for some care for quite a long time.
So long that I actually should feel kinda shame letting it rot unpainted...

Instead of painting this with "classic" Cryx scheme (black + creepy green light) I decided to paint it similar to M4A3 Sherman howitzer: natural greens, natural dirt + some chipping.
The general idea was to make it look more realistic and "believable".

All in all I like the way it turned out:
it's surely unique compared to most Cryx you can see in the webspace!
I am kinda dissapointed the legs aren's so dusty I was hoping for: applying dry pigments on such a weirdo angled surfaces seems to be more tricky that I was hoping for initially.
Blood wasn't necessary but model was lacking of some contrast.
The next bad boy from the battlegroup: Seether... 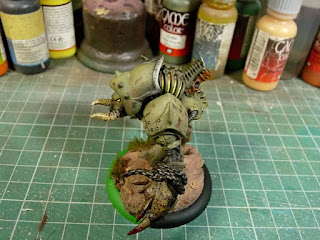 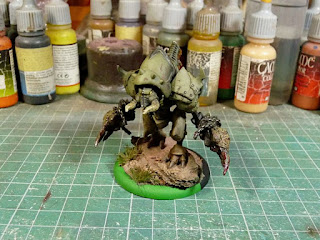 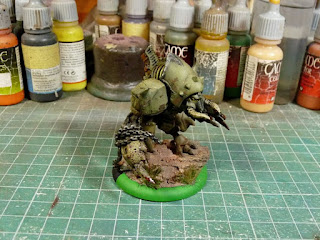 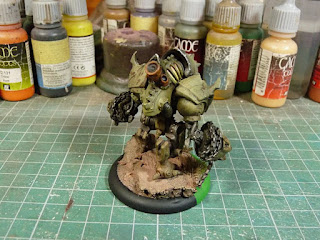 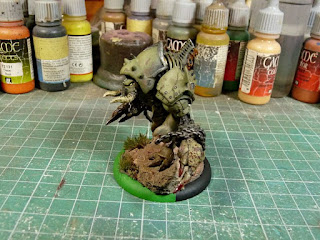 Apparently there won't be much painting from me in the next 2 months, due to my preparations to the state exams, which doesn't mean there's nothing to spam about.
There is actually ^^

A while back I put some of my Bolt Action stuff for sale - not that I came back to commission painting but there's not much hobbyspace in my new location, and these are models which are not compulsory choice in US army.
Last week fellow blogger (actually: "bloggess", 'cuz she's a girl,that's correct: a girl painting stuff, playing games and running US army!) asked me about the stuff for sale.
But instead of selling it I exchanged models below for some other vehicles - US army feels kinda sad  without anti-tank support...

You're seen these before. Hellcat got some extra dirt for new owner's special request.
Hope  she's gonna have lots of fun smashing nazis with new toys ;-) 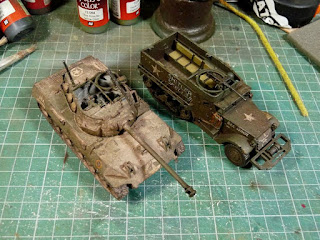 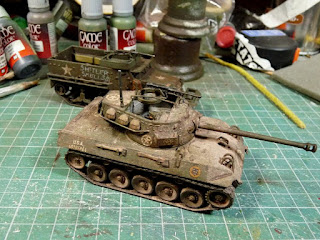 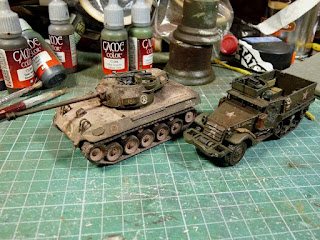 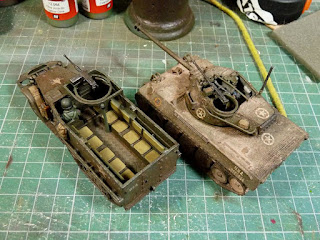 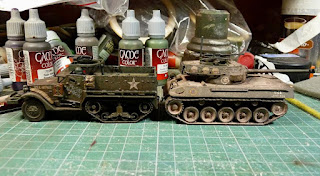