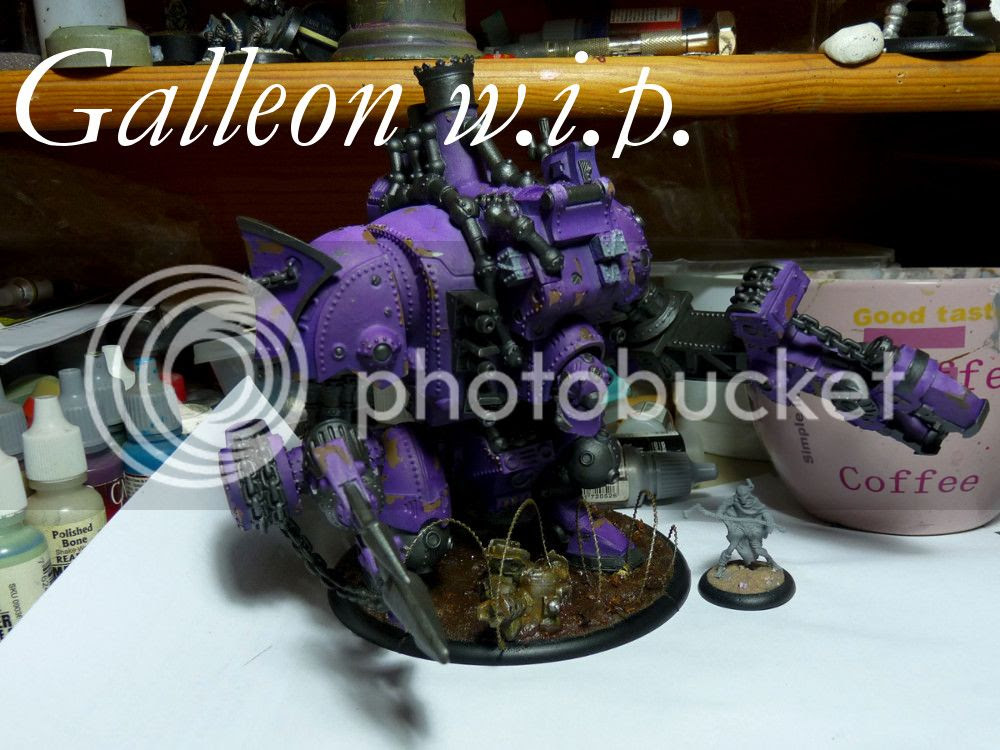 What the title said: there are dark ages ahead!
There's a plan to move to the new flat in about a month, which is ALWAYS terryfying experience, but more important (and dark) I broke the new year's vow. Broke is again to be honest:
I purchased the miniature!

But it wasn't like I was sitting in front of PC screen and accidentally added the model to the shopping cart. This fella was an addition to Dark Age books!
Browsing forums is dangerous and may be quite tempting. After reading some Dark Age fluff I decided to get some old DA materials for the hobby bookshelf in the new place. I got old Genesis, Evolution, Exodus and Essence. These grimoires are packed with nasty Brom's drawings + some juicy fluff so I finally know something more about Dark Age minis.

The seller gave me nice discount so there was no other choice but getting something new for The Pile*, so here's for story of Mordred.


Last week after having Necromunda game (Finally! A month long break from gaming was something I could barely stand) I brought some Skarrd and Brood models and there's a chance we will give the game a try.
Necromnda is fun but playing just one game for over 1,5 year now is getting kinda boring. Dark Age has really cool and morbid fluff which fits my painting style ...
At this stage I am planning to run small 500 pts Skarrd tribe so there goes the vow again ^^ 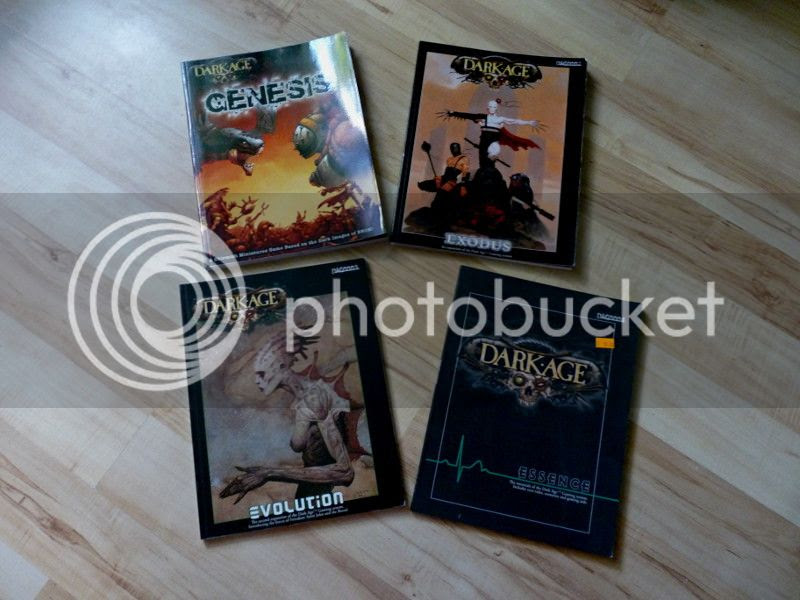 Last Saturday apart from the phone bill the postman delivered something else:
something ancient, evil (according to human standards) and bound to ocean...
Great Cthulhu has arrived!

As you can see below it's an old sculpts and I think according to "modern" standards it's just ugly. Well it is... But I've never considered Cthulhu type of Justin Bieber handsome guy ^^


After a month long waiting the Great Ancient One have knocked at my door (hmmm... Can someone actually knock with a tentacle?). and am very glad I decided to use Father's Day promotion at RAFM site.
The model is as you can see - big. It's also very old sculpt so there is a lot co complain about casting and more important - assembling. But I am strongly motivated to see it painted nicely standing on large display base. Keeping fingers tentacles for it! 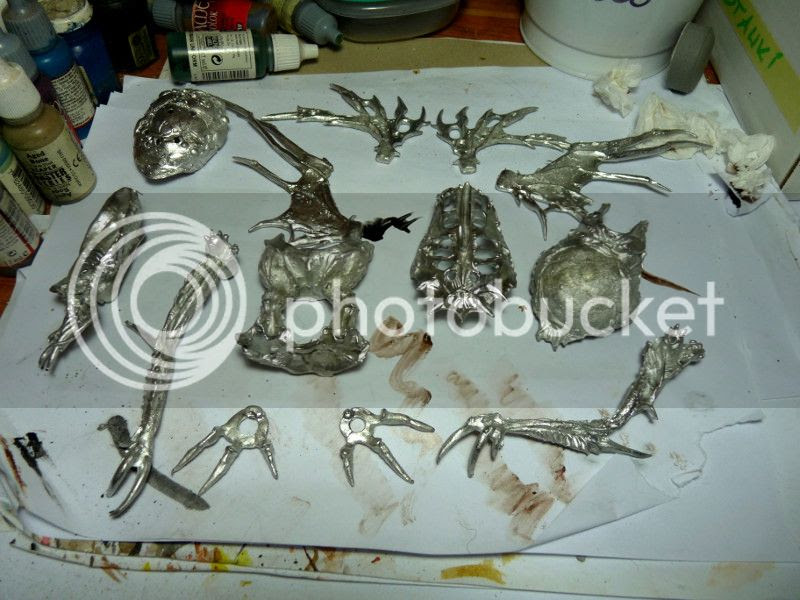 And the last part of this week update:
Works on the Galleon moved a bit forward again. At this point the model itself is being painted rusty browns but here you can see it standing on the second muddy base. At first I wanted to add some more chunks of mud but then decided to hear the client's opinion:
I think the base is fine as it is especially for gaming purposes (apart from the barbed wire not much can fall / break off). When I was pouring the mud on the base I realised I like it a lot.
So much that similar bases will be used for my Skarrds.
Apparently I owe the client a beer - thanks dude! ^^ 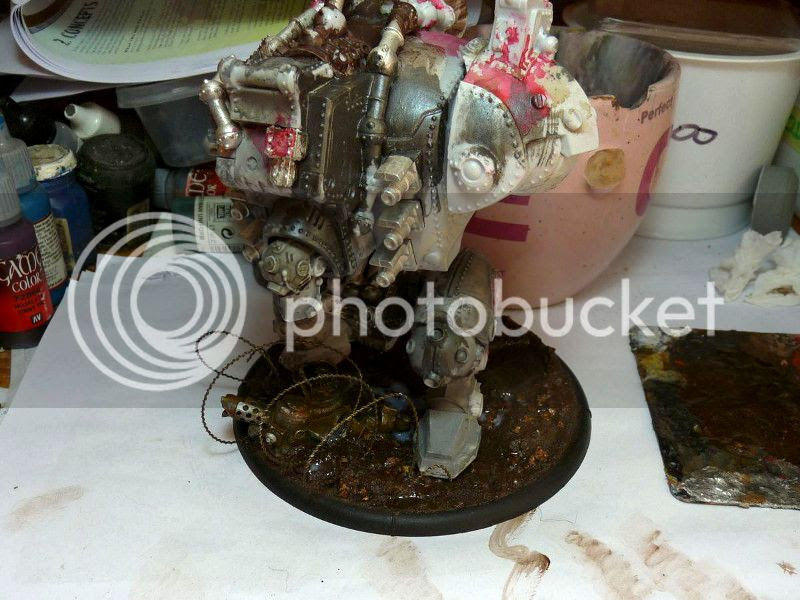 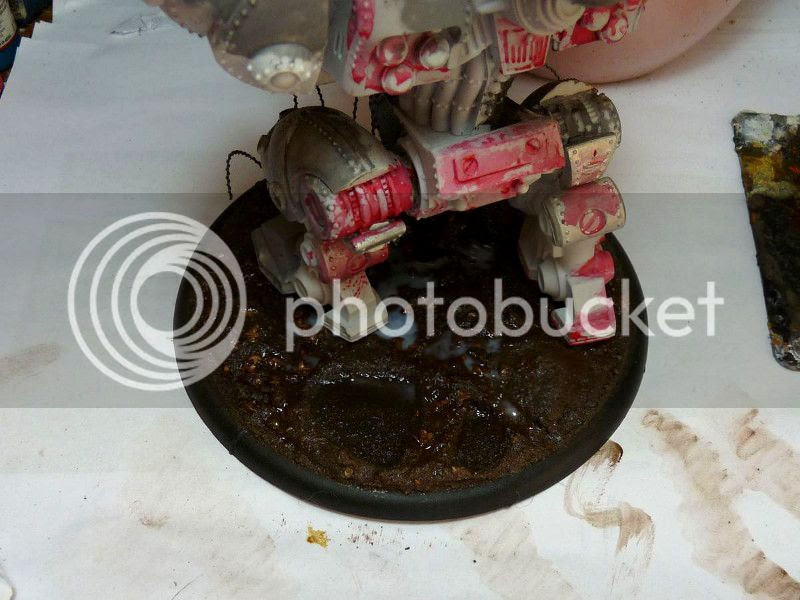 So as you can see - quite a lot of minis are started / being started, hope to present the painting results shortly.

*The Unpainted Pile of Shame that is...