It's been a while since I contributed anything to the hobby but I guess sometimes life issues just cannot get easily overcome. I think I got used to painting Bolt Action stuff which somehow brings nice results in quite short time so decision was made to work on something else - to take some rest from painting olive green on each and every model...

On the very bottom of my pile ov shame there was old Blackblood Goblin Myrmadon model:
I've never played Chronopia, this piece was part or stuff won in local painting contest long time ago, when I was still in high school. I've never liked it, personally I think the game was just some sort or mistake and whole the effort put into miniatures range could've been used for spawning more Warzone models.

I thought the miniature could become cool piece for Necromunda game: there's always need for objective markers. Besides it could be decent pack animal - just like brahmins in Fallout.
So old paint was washed off and some stuff attached onto the back: oildrum, some wooden barrels, guns and ammo bags - basically spare sh!t from the hobby box.

Painting is nothing striking - models is supposed to fit gaming board and my gangs. We play in post-apo desert after all, so this determined choise of colors. Metal plates and the load provide nice contrast so yeah: me happy.
So without further introduction - the beast: 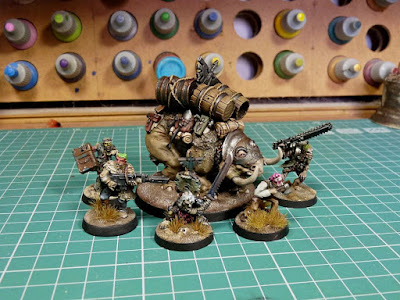 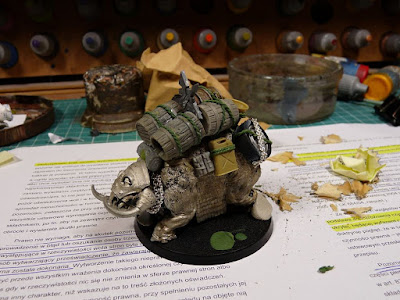 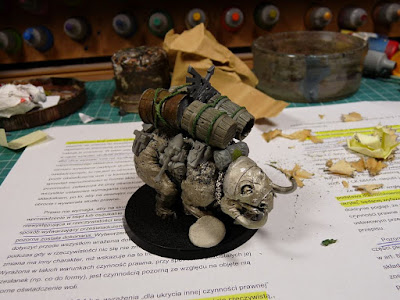 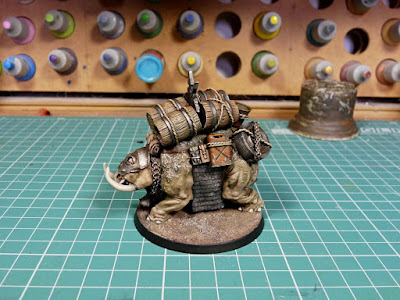 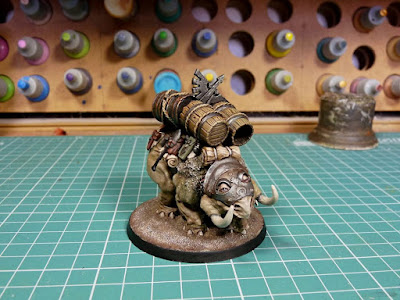 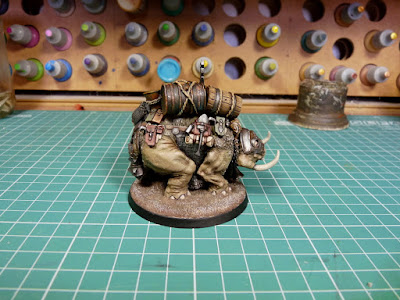 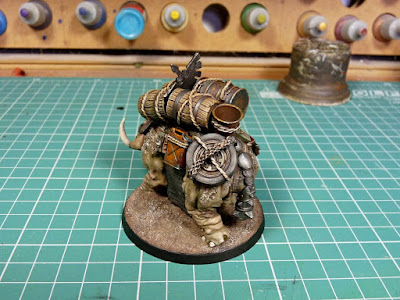 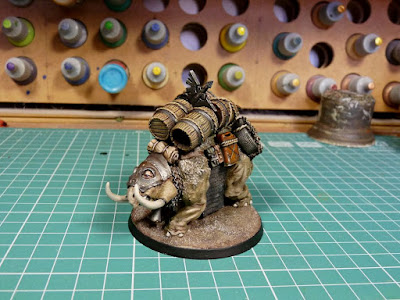 And because a month without related to Bolt Action is lost month:
last night we played quite challenging match - 1200 pts strong bad nazis vs 600 pts US boys and their 600 pts strong alies: German democratic opposition.
The scenarion chosen was Double envelope, all in all it was draw but I must say I got seriously pissed several times. Like when allied Hetzer was knocked out in the very first turn, even before moving. My bro definitely underestimated skills of Panzer IV...

On the other hand my bazooka team turned out to be huge pain in the panzer-ass of my opponent so I think I next time I might field another one, maybe instead of sniper team.

The game was the first occasion for me to see results of dipping technique in the flesh. My brother had nothing in common with the hobby for like 15 years? And just for gaming purposes he gave dipping a try to paint German heer. I didn't expect much but results appeared more than satisfying:
1. for gaming purposes only (painting is fast, easy and paint is totally damage-proof),
2. for someone with almost no painting experiene at all.
I'll try to take some pics as soon as he get's more of the swarm finished.

Till the next time!
Posted by demi_morgana at 8:25 AM
Email ThisBlogThis!Share to TwitterShare to FacebookShare to Pinterest
Labels: Bolt Action, Chronopia, gallery update, IABN, Myrmadon, Necromunda