It's been a while since I had anything (hobby-related that is...) to present, but recently it's been quite a busy period here:
exams after first year of legal training, running two jobs and becoming daddy for the second time as cherry on top of the cake. Phew!

But since hobby-god demands constant devotion for the last model in 2017 I chose something rather special: Nagash. Yup, Lord of the Dead himself!
But not that recent placcy version for sissies, but the one and only version that matters, Gary Morley's metal sculpt straight from the early 90's!
That's right - Oldhammer time! (or maybe Middlehammer?)

I've never seen this character in action when I was still playing Warhammer Fantasy Battle. In fact back days we used to play without special characters at all. Too bad really:
with such a terrifying profile, skills and magic gear Nagash could easily deal with such enemies like dragons (probably) not mentioning anything smaller.

Anyway I wanted to paint it bit less candy than official ("Bozo") version so decision was made to use violet/purple for the gown (it's just great color both for wizards and burials...), dark metalics and bone. Tested. well working combination.
By the way if you want to see really cool version of oldie Nagash - check buriedunderlead bloggy, Rochie did really great work on his model!
Had no idea how to treat the blade so ti was turned into "Frostblade" - blue works nice together with gems and it's strong contrast to overall dark look.

Must admit working on this model was fun, it was pleasure to paint piece of Warhammer history. 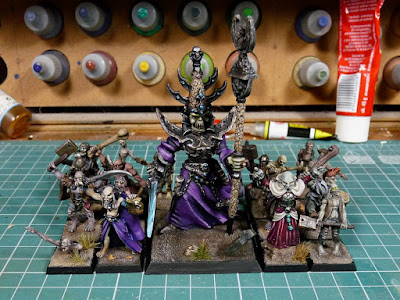 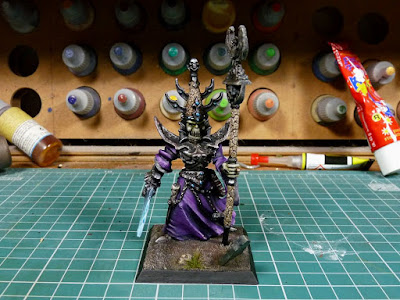 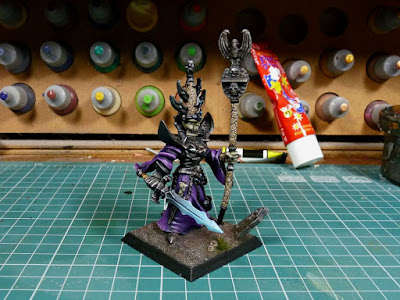 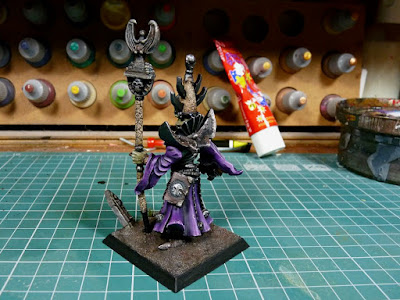