Daddy got some big toys!

Once again I am quite surprised about hobby activities  here:
few months back I was unable to get few hours to paint a single model and now new stuff is coming out every week!

So what is it this time?
For starters I managed to finish the little gift model  (still have no idea about the manufacturer). Painting such a small bugger was interesting experience but I'm afraid that's it for me: I definitely prefer 25/28 mm scale stuff.
As you can see some tuft was used on the base - I am really glad I got this material, so there'll be lots of it used on the next project*
I know it doesn't look spectacular but remember it's pretty tiny thing. Too bad I didn't take a photo of coin or sth in background to show the scale - the model is on the way now so maybe the recipient will do that.

An update without anything about Necromunda is wasted update so this time it's something else then another zombie.
Last week I borrowed a few of my opponent's gangers, chose one I liked the best and decided to slap some paint on it. The guy doesn't paint at all and I am going seriously sick and tired of playing against barely undercoated models - especially now, when I can field 100% painted Scavvies and Goliaths.
The ganger below (Barry) was painted using some colors tested recently:
1. to fit the photo - background
2. to fit colors I want to paint the battlefield with.
Single Van Saar model doesn't make Scavvies take their stuff and leave the Underhive (even ganger using fucking bolter...) so I hope to paint few of his buddies shortly. 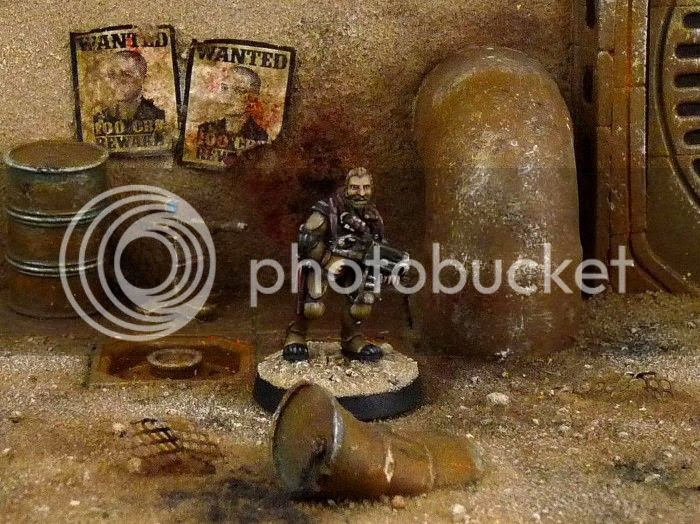 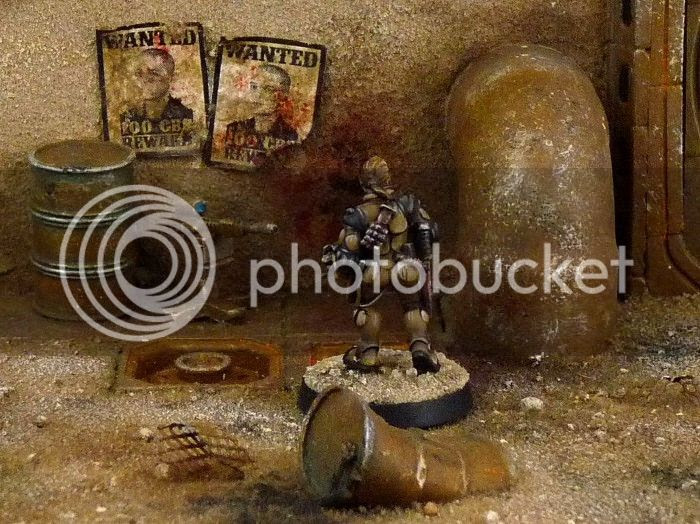 And now something big.
Something REALLY big. It's not only bit but there are 4 of these! O_o
Yesterday I went to post office to pick up the parcel. I was expecting to recieve painting commission models.
Then I saw the box my fitst thought was: OMFG, the guys probably wants me to paint the vacuum cleaner ^^  Just check the size - little thing in the white circle is Barry. 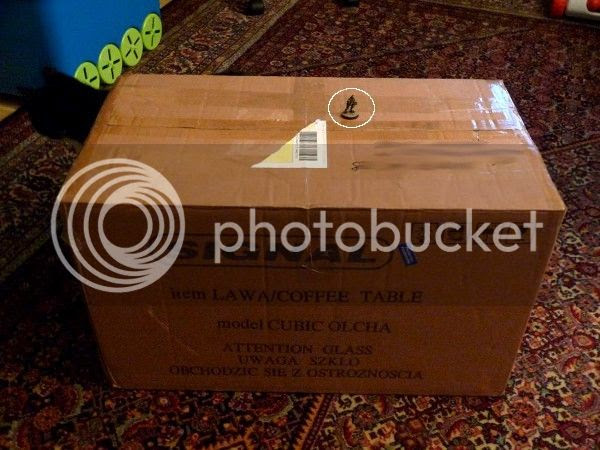 Inside there was no vacuum but 4 smaller boxes... 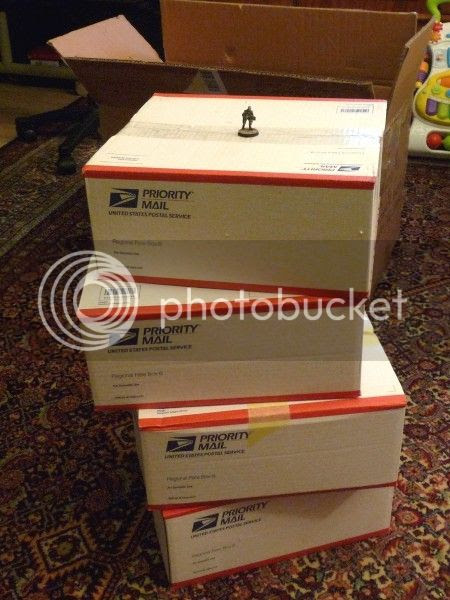 And inside them there were such toys: 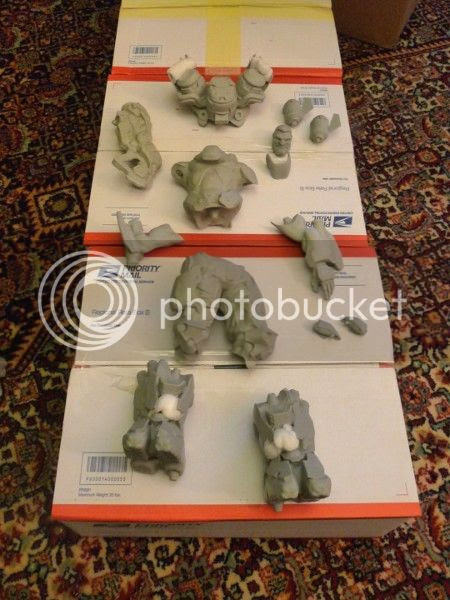 The plan for coming days is cleaning the model and assembling it somehow. Looks like I am forced to get Dremel multi-tool after all. Since it was made using 3D programming the parts should fit well. I cannot imagine correcting any mistakes on such a monster.

These models will surely consume lots of time so don't expect new zombie-spam from me shortly. Unless I decide to share pics of assembled that is.

'Till the next time!