Hey,
This time it's something different yet something I wanted to paint for quite a long time. A while back there was a plan to create post-apo gang based on classic Valhallans sculpts.
Sadly all I've managed to do was war bot heavy support, which was based on 40k killa kan.
Never liked the result and was looking for an opportunity to re-do it, which just happened.
First I replaced that silly cannon with napalm drum - flamer ain't most economic weapon after all. As for painting I finally gave a try to warning stripes: the result is just cool, and I kinda regret it hasn't been painted also on other surfaces (front plate or maybe oil drum).
As for red star - the idea was to make the first neo-soviet model for skirmish game my friend's been preparing for a while. There will be swamps, nuclear glow, eldritch creatures and post-apo arsenal so apparently megaton of fun is coming! 👽 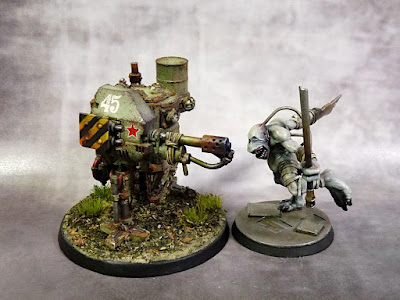 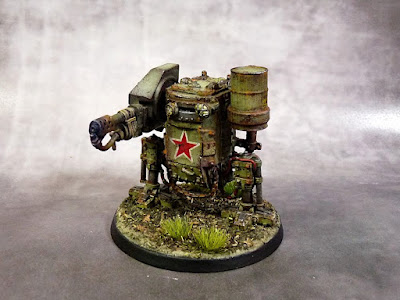 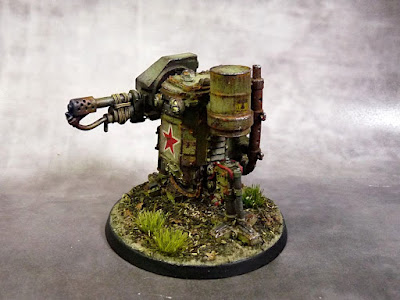 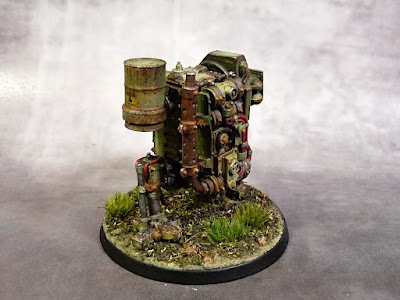 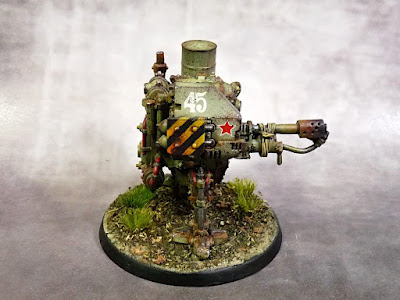 BOW DOWN BEFORE THE COLLECTIVE, ELDRITCH SCUM! 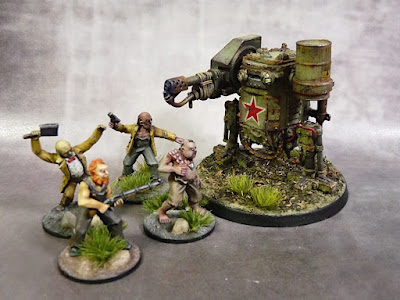