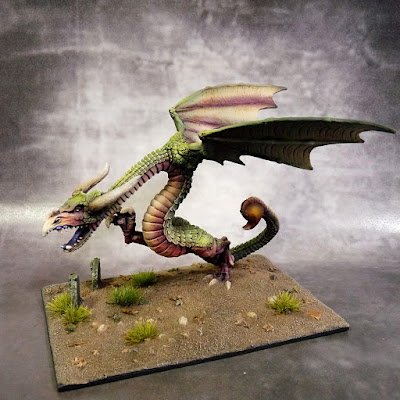 Apparently once again I got myself time travelling.
A while back I washed some oldie junk from the mysterious box I possess. It was pretty random mix of miniatures from the 90's. Sadly I've never seen any of those on the game table but always wanted to see them painted in the display case. Mid 90's was my very beginning in the  hobby, so I keep lots of heart for that sort of oldschool gems (check Carnifex or ogres if you also like such stuff).
This time my victim was Marauder's orc war wyvern and it's greenskin rider.
Orcs and goblins armybook was my first contact with Warhammer (thank you Marek for luring me into that tar pit 😉), so models from that period still make an impression on me:
wavy paper banners, vivid colors but mostly those supercool sculpts.
Assembling the piece was quite a challenge - it's 100% metal, heavy model, so to make sure it wouldn't fall apart during painting I gave it double pinning. Originally it came with standard size square base, but it surely deserves more! On custom made base I could give it some elevation and I got something solid to pin the leg to.
Besides I could use the last gravestones I had in the bits box. I have a secret plan to paint and use all minis and bits I have before I leave this planet (that's the reason of Sherman turret on Carnifex' base btw).
As for painting I am not sure I wanted to make it similar to the official paintjob, definitely wanted to see it bright and vivid - it's 90's model after all!
Don't really like posting unfinished stuff but the work pressed me strong enough I had to put the brushes away. The shaman has to wait - looking forward too see it sitting on the wyvern's back, casting spells on enemies of Gork and Mork!
Some pics:
The pile ov magic: 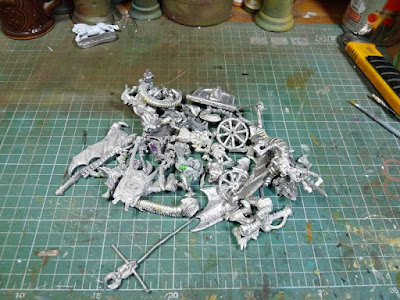 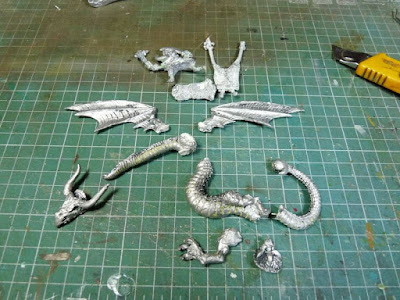 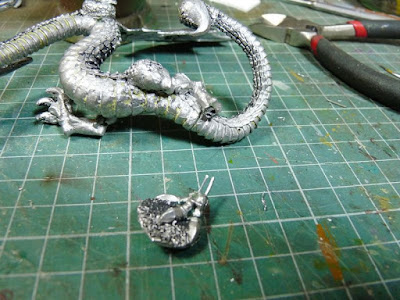 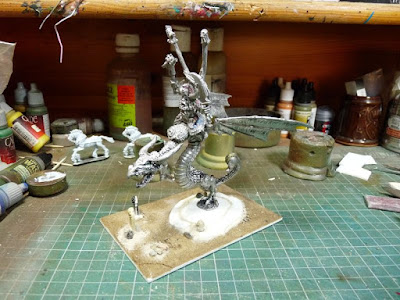 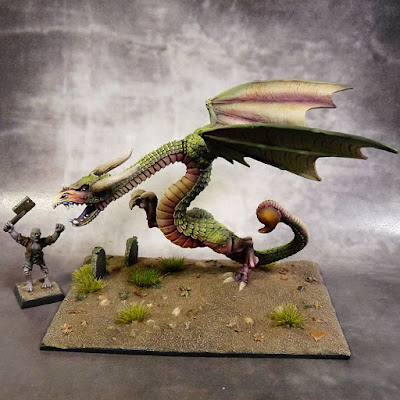 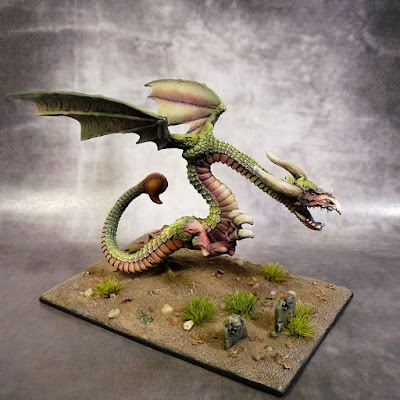 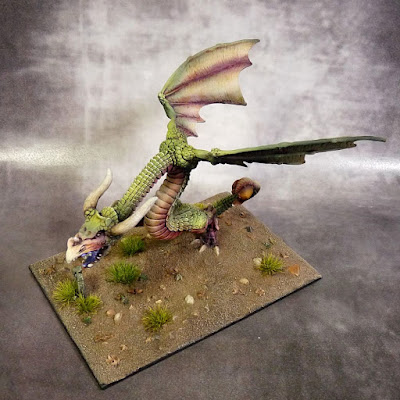 See ya in the past!
Posted by demi_morgana at 4:51 AM
Email ThisBlogThis!Share to TwitterShare to FacebookShare to Pinterest
Labels: Middlehammer, nostalgia, Oldhammer, orcs and goblins, time travelling, Warhammer Fantasy, wyvern