Hey again,
Few weeks back I've finished bare war wyvern, and now it finally got the saddle but most important - greenskin rider. Although I am really glad I got whole piece done, painting the orc turned out pretty exhausting.
Mean, while working on the wyvern was just ton of fun, painting it's master was a tar pit.
My guess is, the reason was the sculpt. Without any doubt it's supercool piece of middlehammer history, but all those details made the model kinda "messy". I think it would look much better without all those skulls for example - it's not Khorne's servant after all 😉
The beast was supposed to be painted oldschool style - which means vivid, candy colors. Similar tones were used on orc's flesh and details, but to give it some contrast saddle, armour and banners were painted bit darker. At first I wanted to use original banner but it was just way too much cuteness for my taste.
Besides black and white banners fit skeleton chariot and mercenary ogres - they are all mercenaries serving mighty von Carstein vampire lord or even maybe Nagash himself... 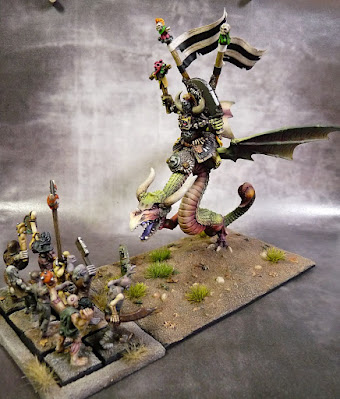 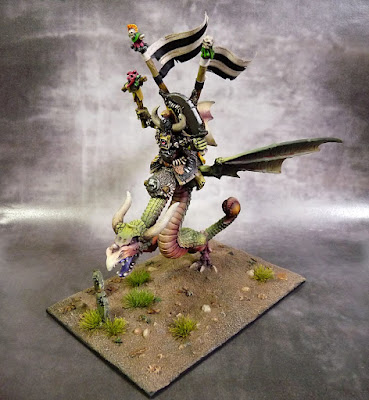 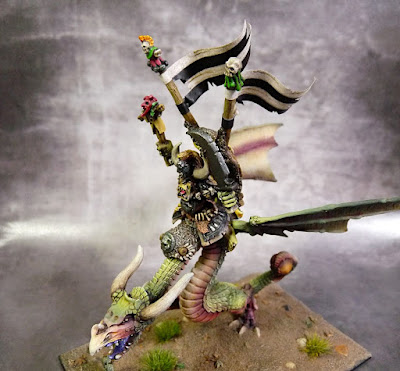 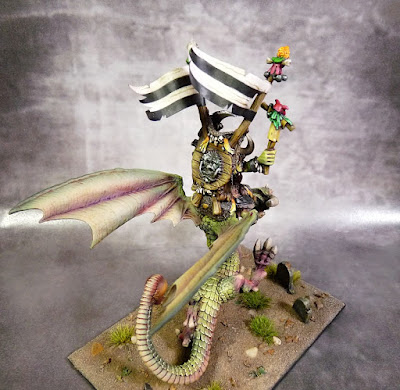