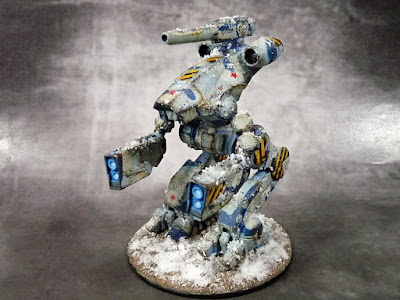 That b!tch winter is finally here, so I decided to paint something more suitable instead of slacking on hot-like-hell battlefields of Mars. This time my victim was 1/100 scale version of heavy mech: Bullshark from Stratominis' range. It's also the last model painted in the ghastly year 2021. Speaking of which I've just realised it's the second month in a row during which I managed to paint only one miniature. Shame on you Demi, shame, shame, shame...
The model is clearly inspired by classic badass mech Marauder from Battletech game. I've been trying to come back to this game several times but every time lack of time or life issues  cross my intentions. In fact, some time ago I even got and painted some refreshed mechs (also from Stratominis) but they haven't seen battlefield yet. Poor killing machines... 🥺
Which is really shame (again) actually. Those "classic" battlemechs are just so cool, and casting quality of Stratominis'stuff is just superb.
As for the model itself - there was a short run of display scale battlemechs released and I was lucky enough to put my dirty hands on one of those. The model somehow reminds me neo-soviet / post-apo device, so I decided to give it "modern" paintjob.
Camo pattern was inspired by Ukrainian jet Su-27 (NATO code: Flanker). 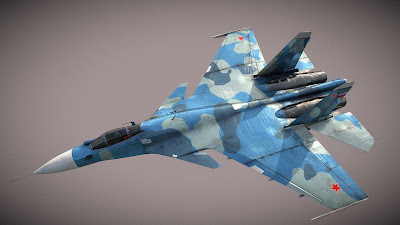 It's pretty eyecatching compared to most of models in my collection, and it's also good reason to use some artificial snow again, before it dries completly.

I was also trying to practice painting object source lighting on barrels and engines exhausts but I'm afraid I'm pretty far away from where I'd like to be in this topic.

Must say I had some fun working on this piece. Might actually dig out remaining mechs from the pile ov shame and expand Battletech force. Using hex-based board might be fun! 🤖 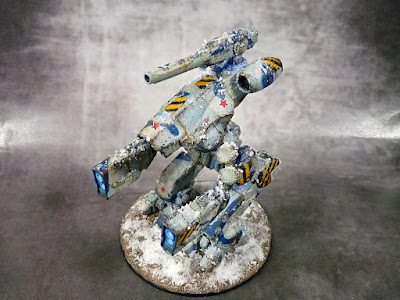 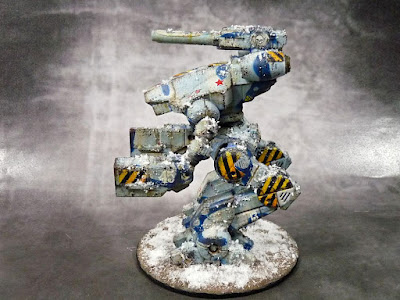 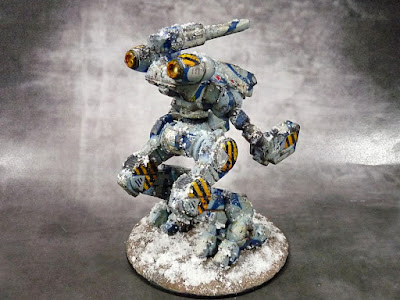 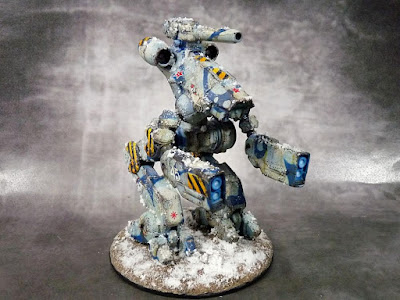 It turned out model is just about the size of Eradicator Deathdroid so it fits most of future / post-apo systems we play here. In fact it's great addition to small neo-soviets force I've started building unintentionally. Absolutely unintentionally... 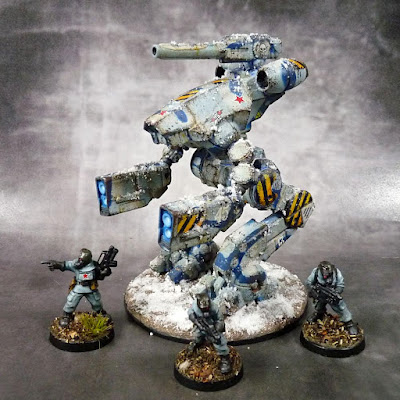 And here's comparsion pic - the little one is gaming scale model 😁 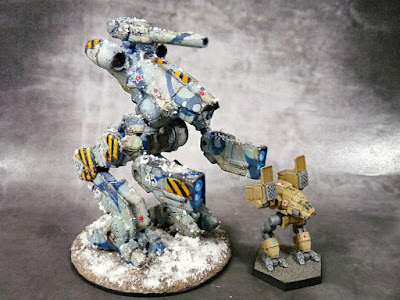