It was rather quick paintjob. I got this cute 15 mm scale vehicle together with Bullshark model and the initial idea was to make it part of mech's base to show it's actual scale and size. But it turned out APC was way too big to be put under robo-feet so it ended up as independent model. Must admit I like Stratominis range more and more so it's pretty probable I'm gonna paint more of that stuff sooner or later. Especially retrobots range is more than tempting...

Since it was supposed to be part of the base or just terrain feature I got it without wheels - all I needed was the hull. But after the Bullshark-plan changed I had to replace them with something. The best replacement I could find were spare bits from oldie Chimera APC. Luckly for me I keep all spare parts I can get (scavenger mode: ON).

As for paintjob I gave a try to camouflage I painted on my WW2 Hungarian vehicles (Jagdpanzer 38(t) and 38.M Toldi) but on smaller scale. It turned out ok I quess. That's good news if I ever decide to step into Flames of War or  anything else from 15 mm scale stuff.

But the model is also delayed gift for special friend of mine. Hope the Polish Post won't f#ck the job and piece arrives with no delay and undamaged. Also hope the recipient will like it 🤞 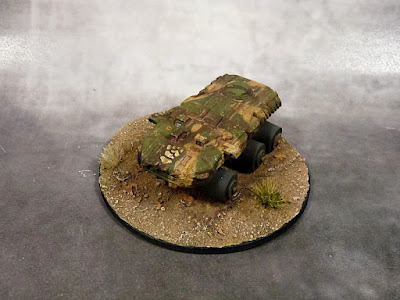 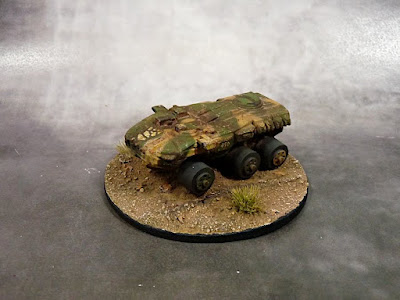 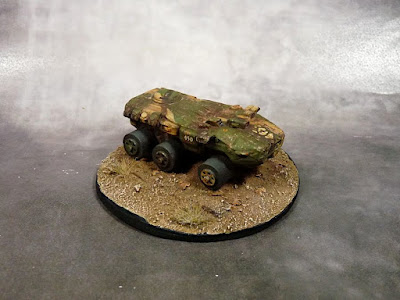 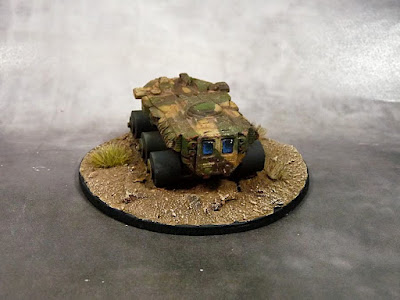 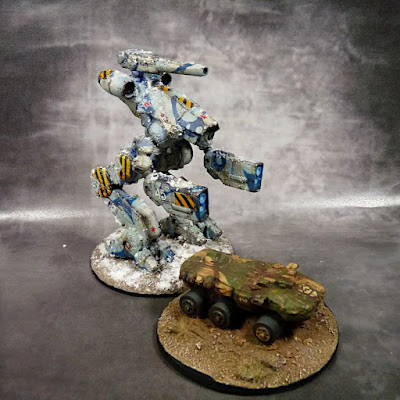 Posted by demi_morgana at 7:47 AM
Email ThisBlogThis!Share to TwitterShare to FacebookShare to Pinterest
Labels: Battletech, souvenir, Stratominis