Undead army just got another fast attack unit.
After finishing the "serpentine" wyvern I was actually hoping for a bit more from the rider. Thought it would be bit more "epic" - it's wight lord after all. On the other hand it's just better dressed and armoured skeleton so I guess it fits the mount. To make it more coherent with the other units model got black-and-white stripes on the shield. It got spike in the middle 'cause shield to hide the pin - don't want it to fall off in the heat of the battle...
It's a big model so I tried to take some herohammer styled pics for group shots. Using large game mat was good idea but the landscale background is just too small. I think I'll just have to paint one sometimes instead just using prints.

So here they are:
diving from the blue sky to bring death and destruction to the empire of men! Bwah! Ha! Ha! 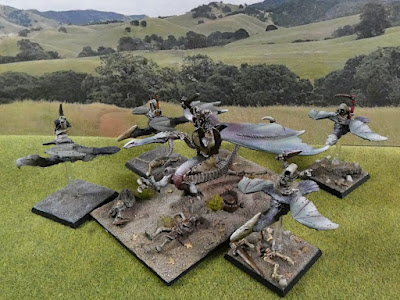 Another scale shot:
(most probably) about to get dead-ass kicked bit time by Khorne's daemon prince: 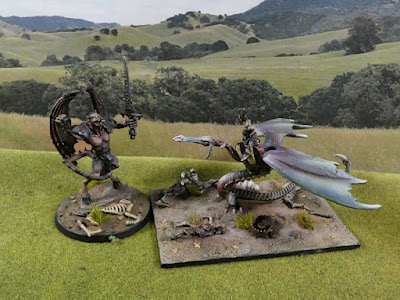 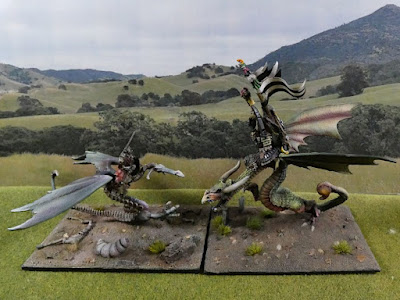 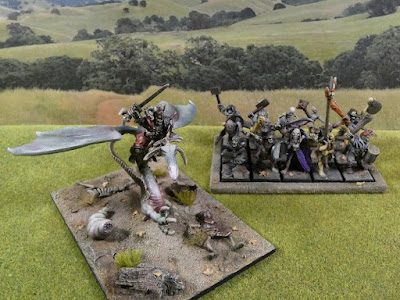 This is where the magic happens. Looking at the picture I am quite sure I need like twice wide background for taking pics of large units or armies. The game mat I use comes from terrains4games - definitely recommend stuff they make! 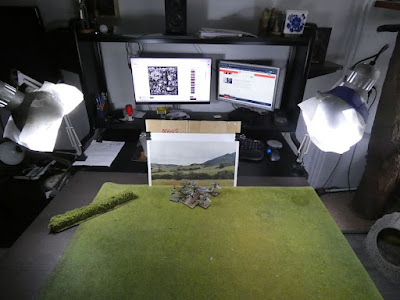 And some close ups: 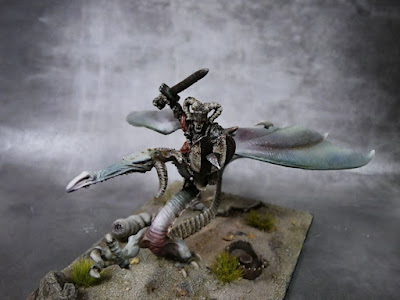 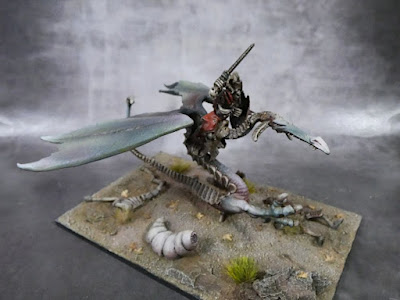 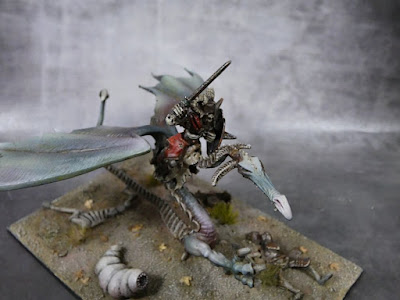 Thanks for reading.
Next stop: dark future... 💀
Posted by demi_morgana at 6:51 AM
Email ThisBlogThis!Share to TwitterShare to FacebookShare to Pinterest
Labels: carrions, Daemon, Middlehammer, Oldhammer, Undead army, wyvern, zombies