Last Wednesday local Cryx force has once again been challenged to battle. To my surprise my trusty old foe didn't field Khador (despite he just got nice and shiny Juggernaut... 🙄). Instead - Magnus the Traitor appeared with his mercenary band.
The game was fun, but I decided to get another warcaster painted to provide some necro-variety to the army. I've always liked Iron Lich Asphyxious - it was the first purchase together with starter box when we were starting Warmachine here about 2004 and IMHO it's still cool. Dead cool... 💀

If I remember correctly it's my 3th attempt to paint this deader and looks like I finally like the result. Military olive green ain't common among Cryx stuff but I like it much more then classic black. And it has absolutely nothing in common with the fact I can't paint black so it looks smart. I didn't like original skull. It was bit smaller and had no jaw so it was replaced with plastic head. Such bright element makes strong contrast and is nice focal point of the miniature. Right. Time to find some more corpses to paint in local graveyard. Heil Toruk! 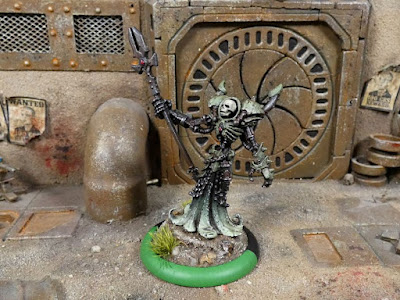 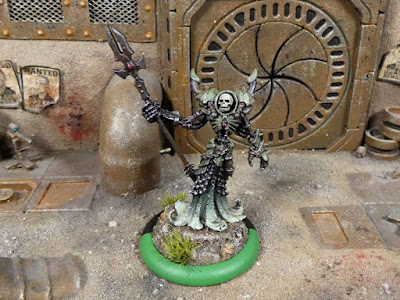 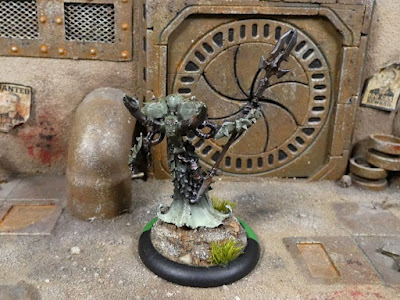 And little size comparison shot. Pretty big compared to ordinary rank-and-file deaders, ain't it? But it's Iron Lich after all! 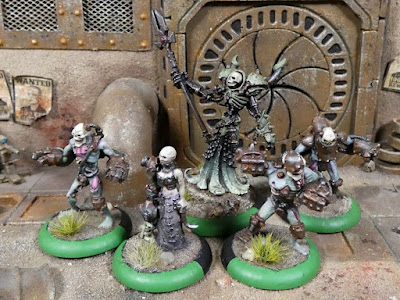