The main infantry unit of the Undead army has just got the command group: proper champion (wraith), standard bearer and musician. The trio travelled through time and space to get here from early 90's. As almost all models in my army wraith is pretty poor fighter but it's etheral and causes terror which both might be useful in the heat of the battle.
I had some ideas about color scheme of this piece (and the rest of wraith unit in the future). Initially I tried to paint it vivid - Herohammer way. But instead of "noble purple" or sort of "wizard crimson" it turned out bright pink. "Panties pink"...🤢
The color was so disguisting I didn't manage to correct it anyhow so model was washed off.

Second attempt was brighter color scheme.
I didn't want it look "ghostly" so I tried painting like burial gown or monk's habit. This combined with some washes and glazes turned out better then expected. Not sure other wraiths I have will be painted similar, but the idea of dead monks is just better then good...
As for the rest of command group I used color palette from the skeleton unit: tattered clothing, rusty metallics and of course - black and white motif on drum and banner. Must say I like the way they turned out especially placed in front of the unit. There are still lots of old models patiently waiting YEARS for getting painted - hope after Oldhammer Weekend I'll still have enough necro-steam to save another units from the pile-of-shame-purgatory 💀 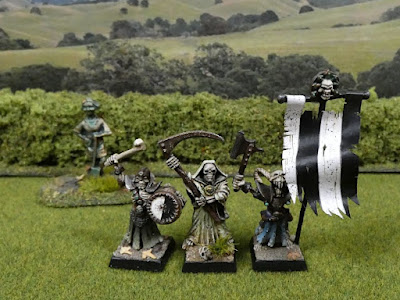 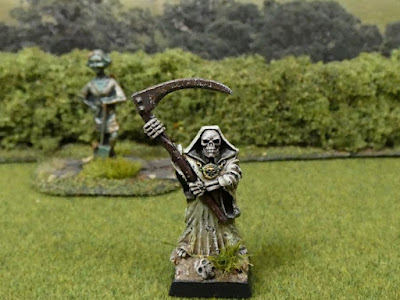 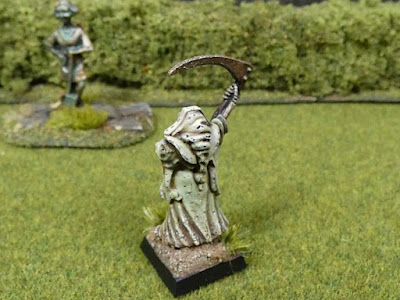 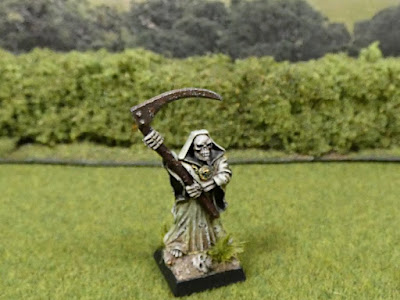 Below - undead regiment invading green fields of Princedom of Elbląg 😊 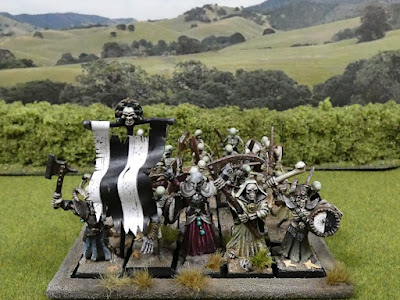