This time only one model. And not even finished completly.
But that's what happens when suddenly normal life strikes in with full force of work to be done. Oh well...

But I am glad this necro-piggy is finally painted enough to be used in gaming.
It's my third attempt to paint this version of nepharite of Demnogonis (you can see the other one here) and it's finaly acceptable. There's still something to be done though:
after taking pics I know I have to add stronger contrast around the worms (some reddish brown or purple maybe), add some oxidation around rivets and add paint some weathering / stains on the robe. I don't mind the guy is wearing bright clothes (that's based on the fluff after all) but I've found taking pics of such model pretty tricky: bright rags reflect artifical light very much so I had to spend some time with GIMP making it look more-less fine.

I also have to finish new (much larger) photo-background. As you can see in the back it's very early stage. So far there are only some bits attached, there's sand on the ground and some base browns slapped. This time I decided to leave more open space so there's no problem with taking photos of whole squads or larger models (like Eradicator).

Hope you like it so far - it should look more juicy when I deal with real life shit. 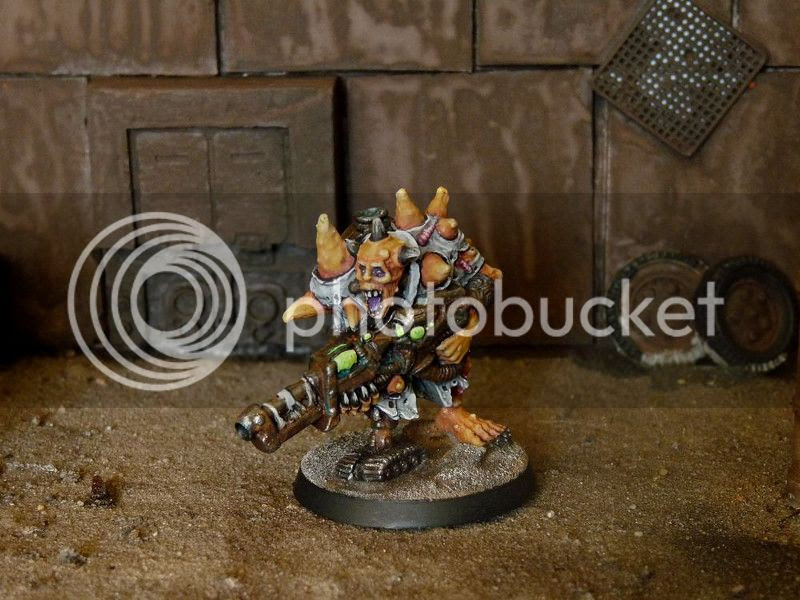 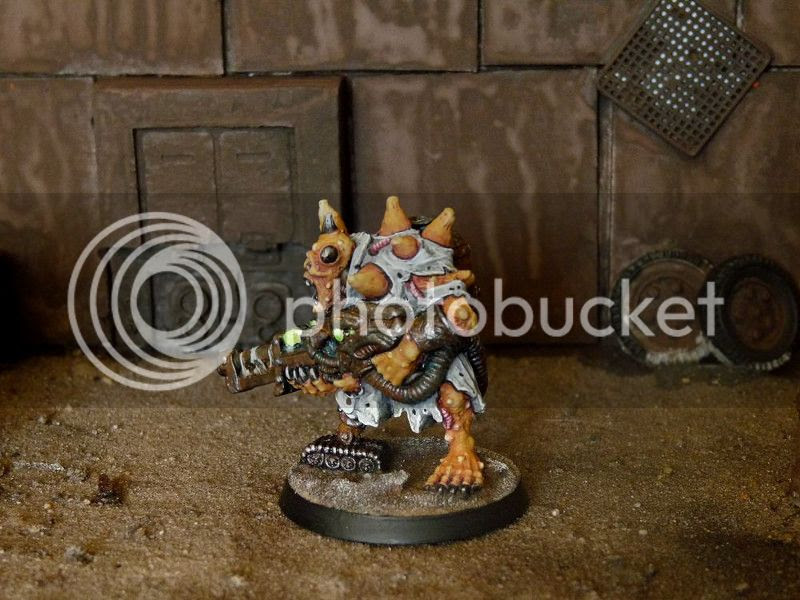 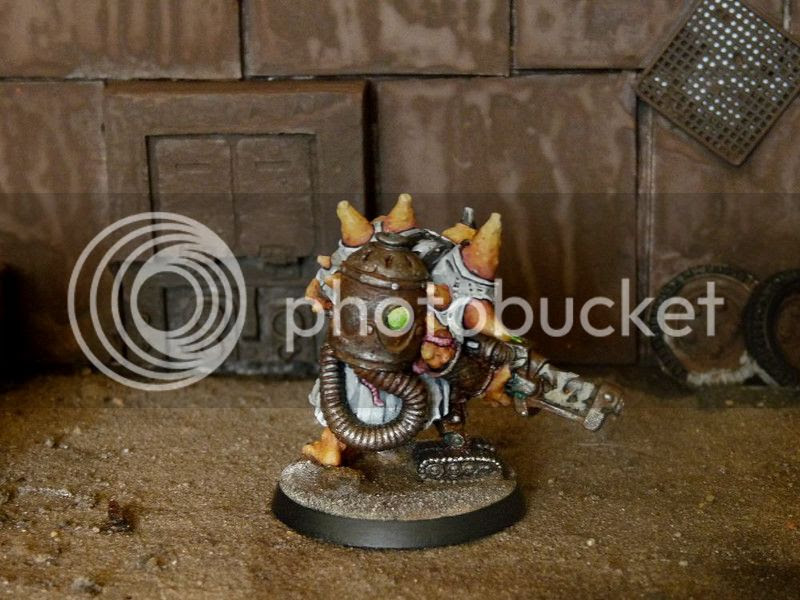 And the last thing:
last Monday the postman delivered something I got from one of LAF members: some missing oldie models from classic Warzone range + some undead legionnaires (because there's never enough zombies). I didn't expect getting some new toys from the dark past might touch me so much - but it did. Examining old sculpts brought back ton of memories from highschool times:
times when there was no cellphones everywhere, no facebook, no fucking selfies, times when people where still reading books and when our biggest concern was what to do with huge amount of spare time but not whether I can find enough strength to paint a single model during week (painting nights only of course) or not.

I feel old. Wretched. And broken. 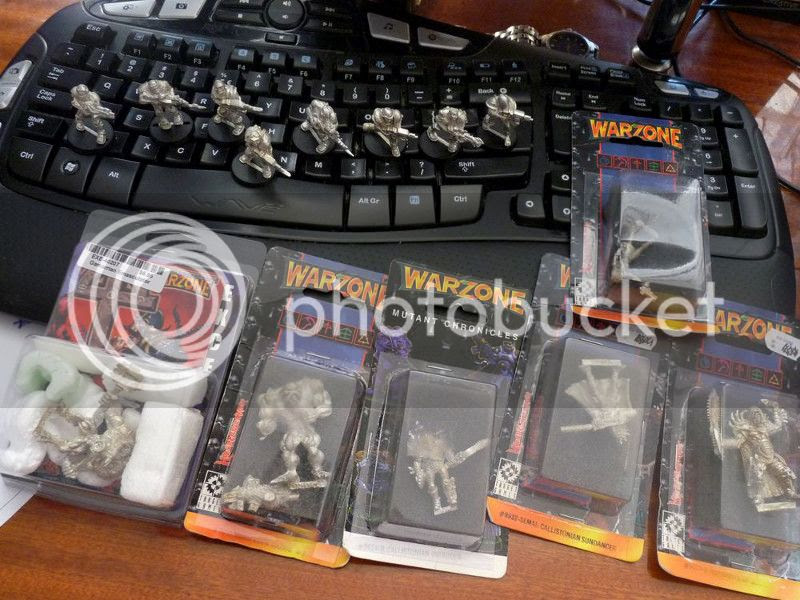