This time something quick and still wip-py: Cybertronic Eradicator Deathdroid.
I wanted to keep it for later posting (together with Warzone game report) but since there was no gaming last weekend...

I picked it from the lead pile to paint something else than another zombie and all in all I am happy to see is finally covered with paint. I don't play Cybertronic but this one will be part of several scenarios I have in mind (we all know the damn A.I. was never to be trusted...)

The model I got had no right arm so I needed prosthesis:
first I managed to recast original arm (with Magmascorcher) but since the flamer didn't turn out as nice as I was hoping for it has been cut off and replaced with placcy heavy machine gun from EE range. I must say I like it better than original weapon - deathdroid armed with Titan Megablaster can control most of the battlefield is placed properly.

General painting idea was of course based on the "official paintjob", besides such a baby-blue color will be pretty striking on desert themed field of battle. When I was applying highlights I was quite sure delicate blue won't be enough for painting edges and as you can see - I was totally right. So the first thing to do is to finish edges with almost pure white and enchance the shadows with either olive chalk dirt or reddish-brown rust, haven't decided yet.
I also think some greasy oil leaks wouldn't hurt - there's lots of pipes after all. 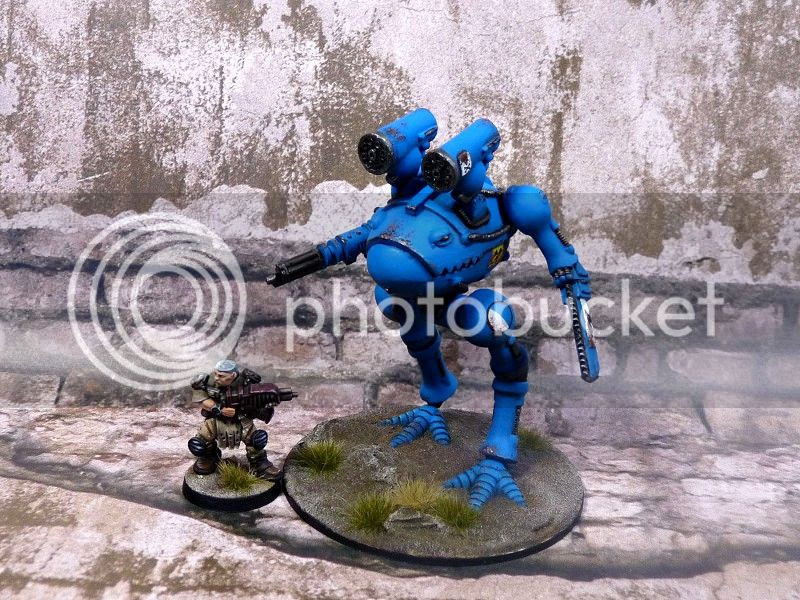 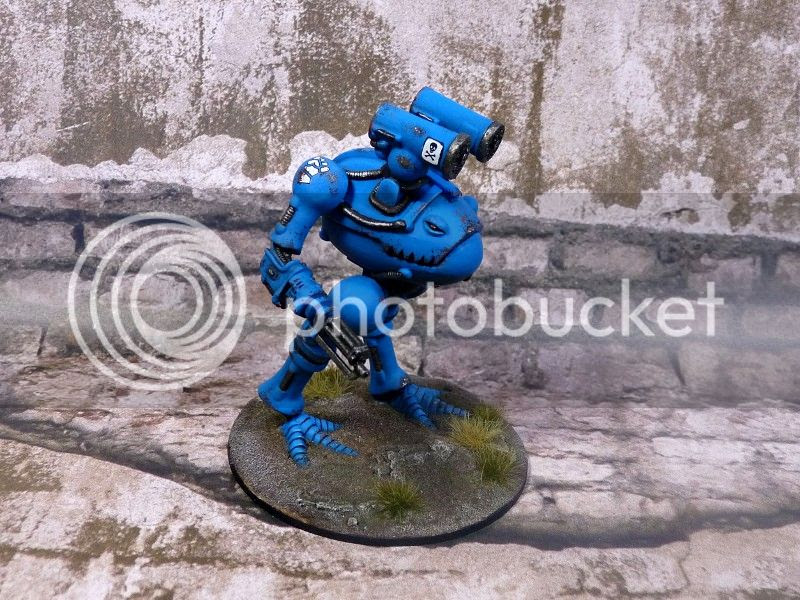