Indeed you have a problem dr Jones,
especially because each of these squeeking bastards weights about 50kg and wields hand weapons! Eeeek! Eeeek!

But no worries, you are not alone:
apart from that backstabbing b**ch Elsa Schneider behind you there's also the dwarf slayer desperately seeking for death! So just keep the distance and let him do the job.

That means the slayer model is finished and is now exterminating vermin dwelling beneath surface of Empire. Karl Franz surely is proud of this brave, brave warrior*.
I had fun painting these miniatures - it's good to be back to Warhammer Fantasy even just to paint several Mordheim style characters.
The idea for painting was simple: big contrast. Models are placed in the tunnel so I wanted slayer to be quite striking, compared to dark interior and dirty ratmen.
I had some problems with metalics - Revell super matt varnish just kills them so all in all metal parts were sealed with Vallejo satin and rest of models - with Revell stuff.
Works quite fine for my bad taste.

There will be one more skaven added to the group - it turned out this one wears chainmail so it should also be quite well visible. After this one is done - marauders should visit the painting desk. I should also find some putty to finally fill the gaps in dragon model and prepare the beast for undercoating. Any suggestions? 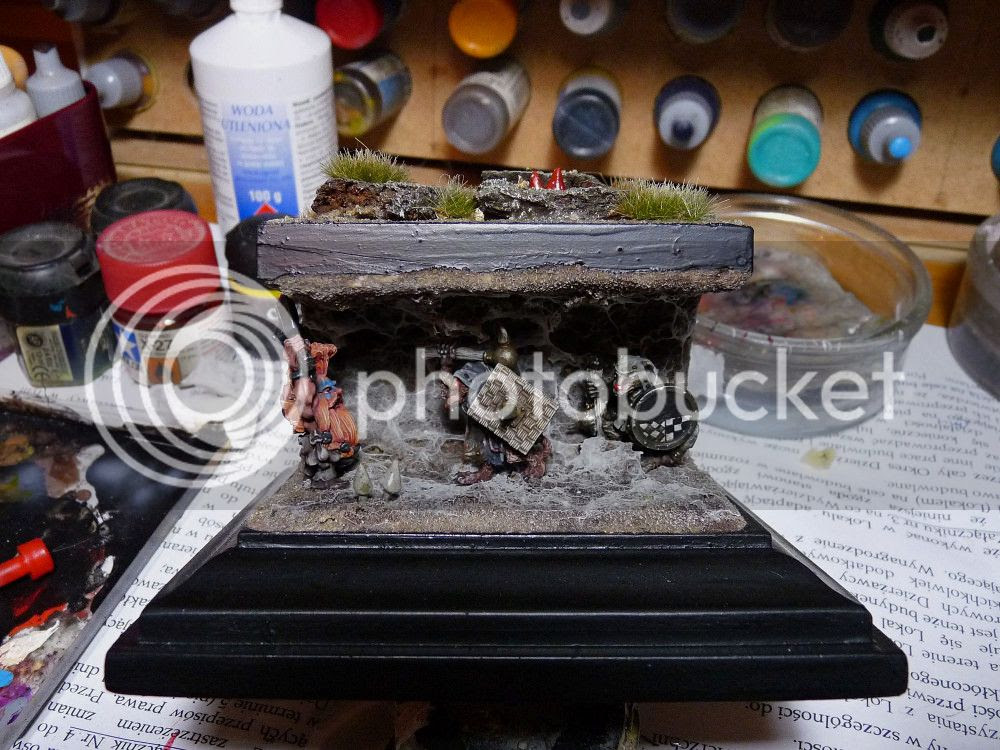 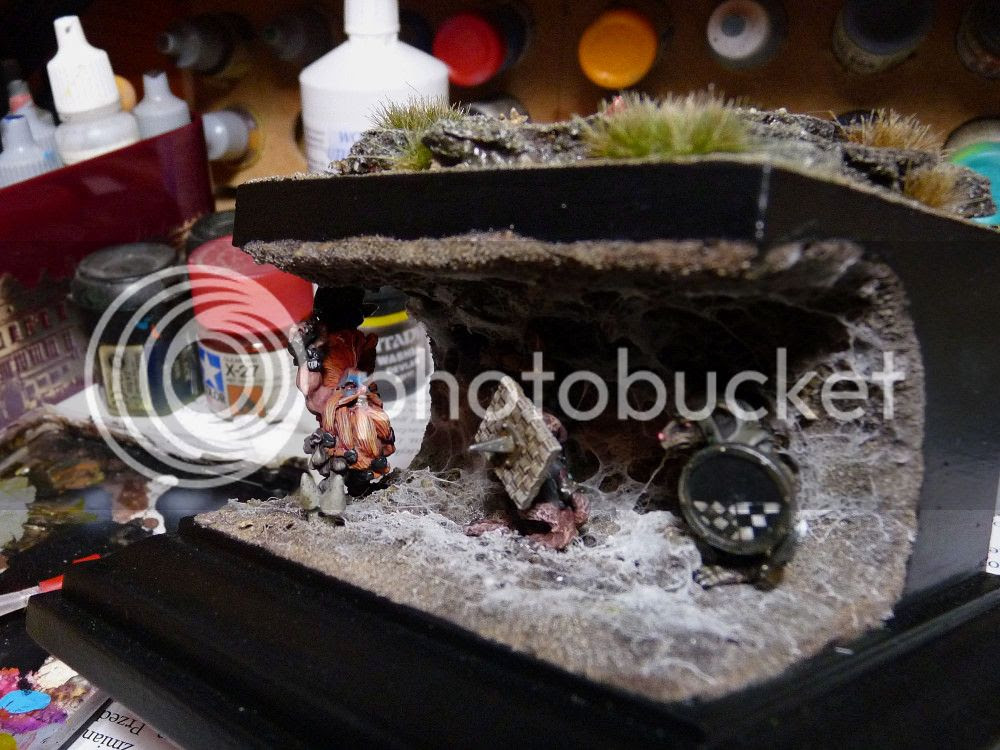 There's also something new!
last Monday I managed to paint test model from Eurasian Solar Union starting fleet: Ural class destroyer from Ground Zero Games.
As for my first impression - it was quite neutral. Minis are cool and definitely something new for me but I could complain a bit about casting quality. But it was nothing I couldn't have dealt with a hobby knife, I am veteran painter after all.

I wanted to keep color scheme bright and more-less clean so it looks really striking placed on deep space gaming mat. I also wanted to use reddish and white/grey tones, but honstly I am not sure this is what I wanted to achieve. But before I introduce the ship to breaking fluid I will paint several more similar way, such models always look better in packs. Switching dark red to bright (even with some orange hue) and gray to white should also work here. 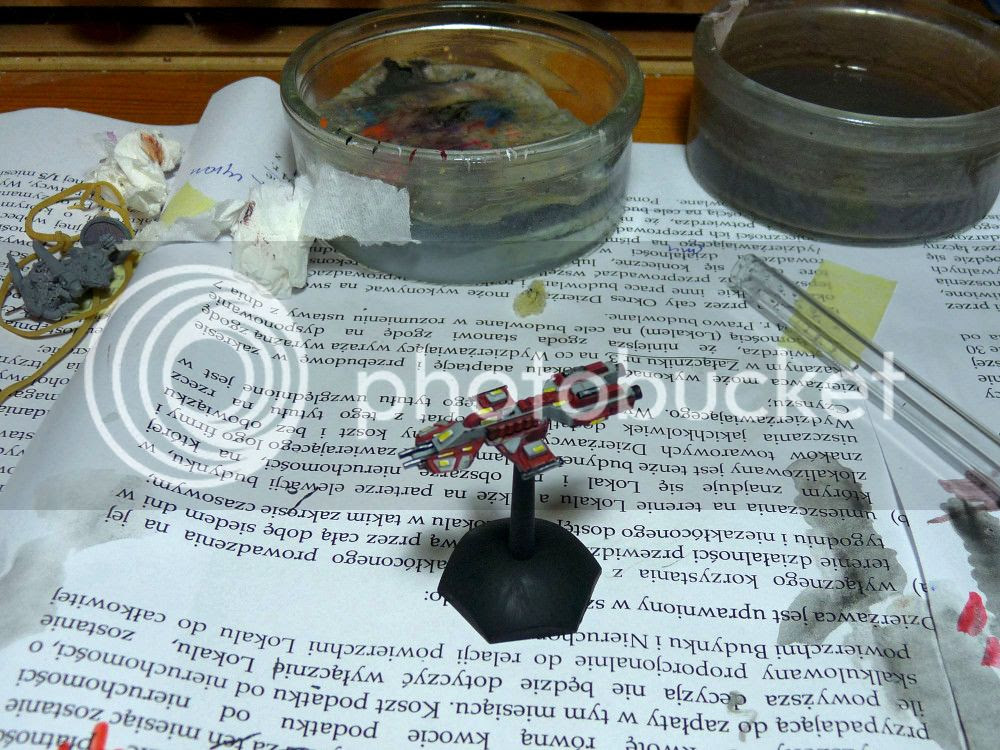 And the last thing!
Last week I was cleaning some mess in display cases and found this vehicle: it's italian Autoblinda. It was painted to fit the Necromunda gaming board (desert theme) but all in all we don't play as much as I'd like to the vehicle is doing nothing else but collecting dust.

It has just been added to Miniatures Looking For New Home section - let me know if you are interested. It's 1:48 scale so it's fits all GW games I guess, as much as any other 25mm - 28mm scale toys. I pinned model to the base but I can take it off with no problem if that's what potential client wishes for.