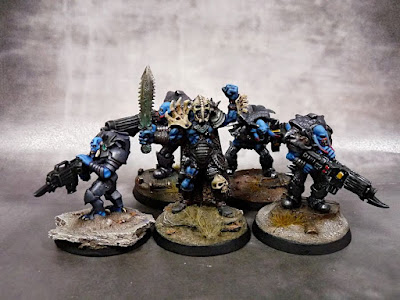 Looks like I am still waiting for the annual Warzone game so in order not to get too rusty I picked another artifact from the pile of lead to rescue. This time it's nepharite of Semai.
That one for sure brought me back... ⏲
I remember when I got hooked into Warzone, Semai fluff and artworks were just damn impressive to me: heretics, "5th column" thing, Lord of Lies, and not even mentioning amazing Studio Parente's and Paul Bonner's artwork... 🤤
Too bad I've never ever played with Semai based force. There were sure guest appearances of Callisionian Intruder (because of his stealth and never-miss abilities) but all in all Semai army were just piss poor, not even mentioning freakin' ugly heretic legionnaires models.

As for model below I got it long after we dropped a regular Warzone gaming. If I remember correctly either on Ebay or on Warzone/Chronopia trading group someone was getting rid of Warzone lot, which I've got because of pure nostalgy for the old times.
The models I got in blisters are still unopened waiting for some care, attention and drop of paint.

And nepharite of Semai would still remain hibernated in original packing for Algeroth knows how long, but Warzone painting contest woke him up from eternal slumber...

Although I've never seen it in action I wanted to paint that model for a long time. Sculpt is based on Parente's aftwork - which is just a badass! 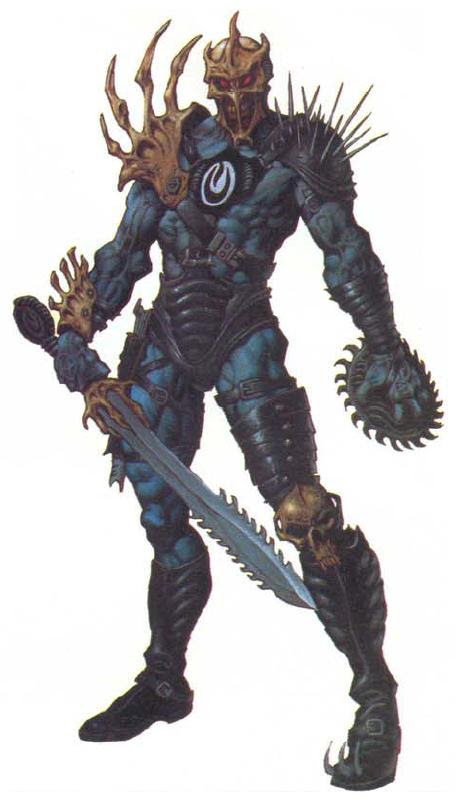 See? Told ya!
I wanted to give my model a similar sinister look but I'm afraid flesh turned out a bit too much smurfy. Looking at the picture of the painted mini I think additional layer or two of dark blue or blue/black wouldn't hurt. Although now it's a natural leader of praetorian stalkers pack.
As for the rest I am pretty satisfied - I like the strong contrast between dark flesh / gear and bright bone and blade. It should look even more eye-catching given the fact we're going to play Warzone on a desert battlefield. Hope you like it and beware of LIES! LIES! LIES! 💀 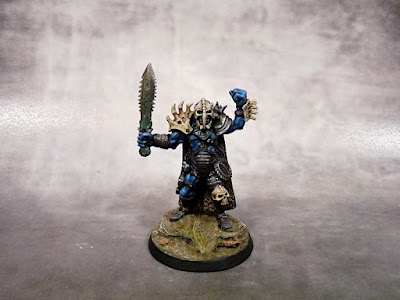 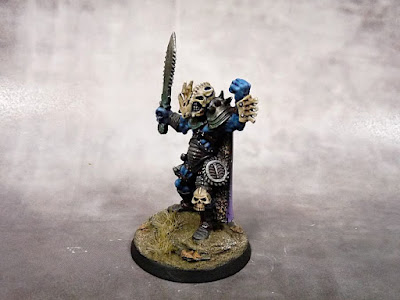 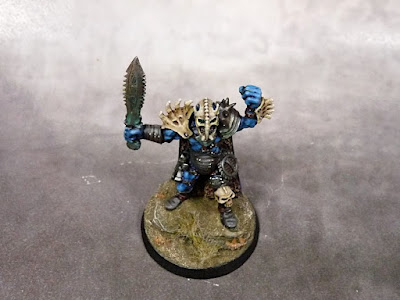 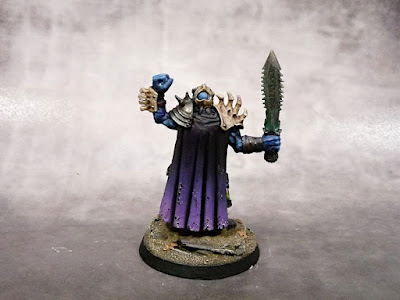 And here's the unboxing. Hopefully my very first and very last: watching someone is opening box of stuff is just fuc#ing stupid...
1. Boxed... 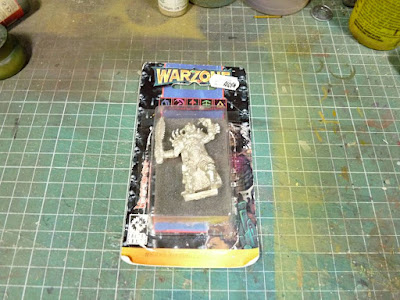 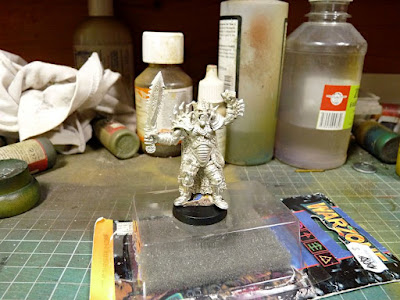