Right... Right... That was that last post...
But that news is so hot it definitely deserves some expansion.

So about 2 weeks ago my girlfriend purchased a lamp for the surgery (she's a dentist) on internet auction.
The lamp was cheap as f**k because the seller was retiring and closing down her business and she was getting rid of some old junk left. There was a snag though:
because the object was pretty big and fragile the seller didn't want to send it so the only option was picking it up:

from the very small town just about 380km away from where we operate...

It wasn't my lamp so it wasn't my problem who would like to spend about 6 hours behind the wheel each way. But last week I spotted advert of Pyrkon 2014 - really big fantasy / sci-fi convention in Poznań, close place from where lamp was purchased...
I checked the program and there was also painitng contest among other cool things. Shortly afer I contacted mahon, evil mastermind standing behind Chest of Colors so the plan of meeting some old friends was born.

I was told the painting contest has been assembled the last minute so organizers were worried there might be not too many entries. So I packed some stuff from the display case and was more-less ready for the trip.

More-less, because of information on the even't site about Sandy Petersen coming for that weekend!

So the creator of Call of Cthulhu was coming for whole weekend for Pyrkon - I couldn't miss such chance to try to hunt His autograph. I was bit worried 'cause the trip plan was just to stop in Poznań to take some rest and deliver minis for painting contest but there was not much else I could do:
I packed Call of Cthulhu anniversary edition book, wore proper tee and tattoo and was praying hard to Great old Ones while driving.

When I reached the place (and found some parking space which was just one huge pain in the ass) models were quickly delivered to the painters' sector and I took a short walk to see what was going on.
There are many relations from Pyrkon online already so I am not going to add another (especially because I was there just for a few hours and spent in one place).
But what I can cay is the even was just brilliant thing: there were so many attractions for science - fiction fans I am sure I wouldn't be bored staying there for whole 3 days. Which I would really like to do the next year or when the kid is a bit older. There were lots of people dressed up as zombies, soliders, anime characters, wearing Fallout themed costumes and other, there were games, sellers, prelections, lectures of writers, game designers, lot of lots of things to do and see!

Check some of the lousy pics I've taken: 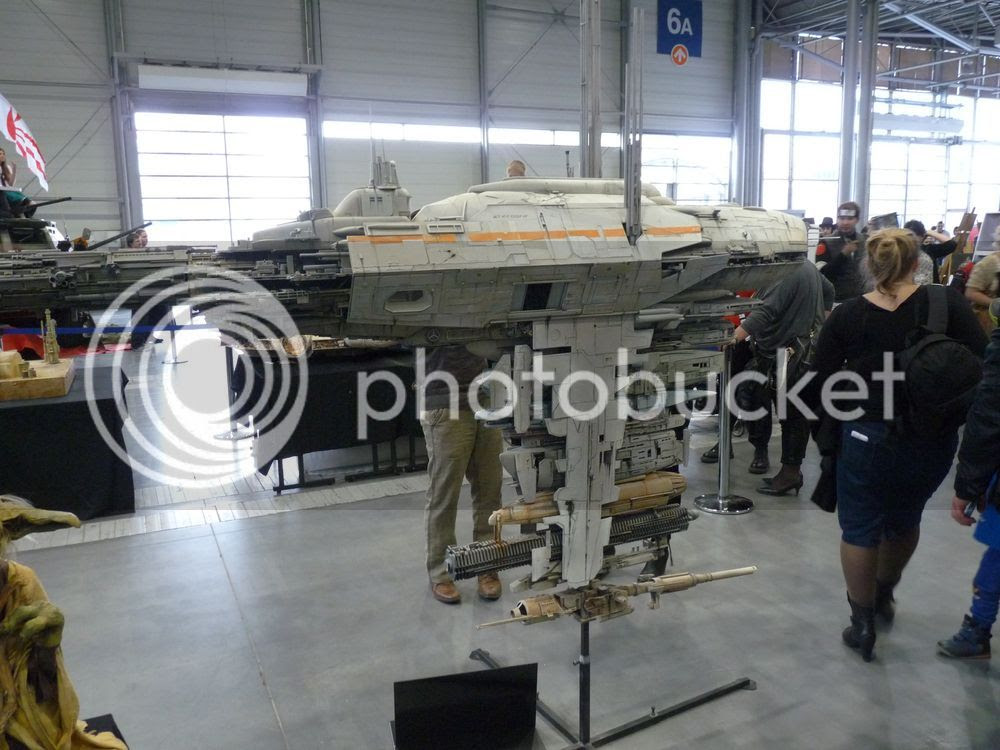 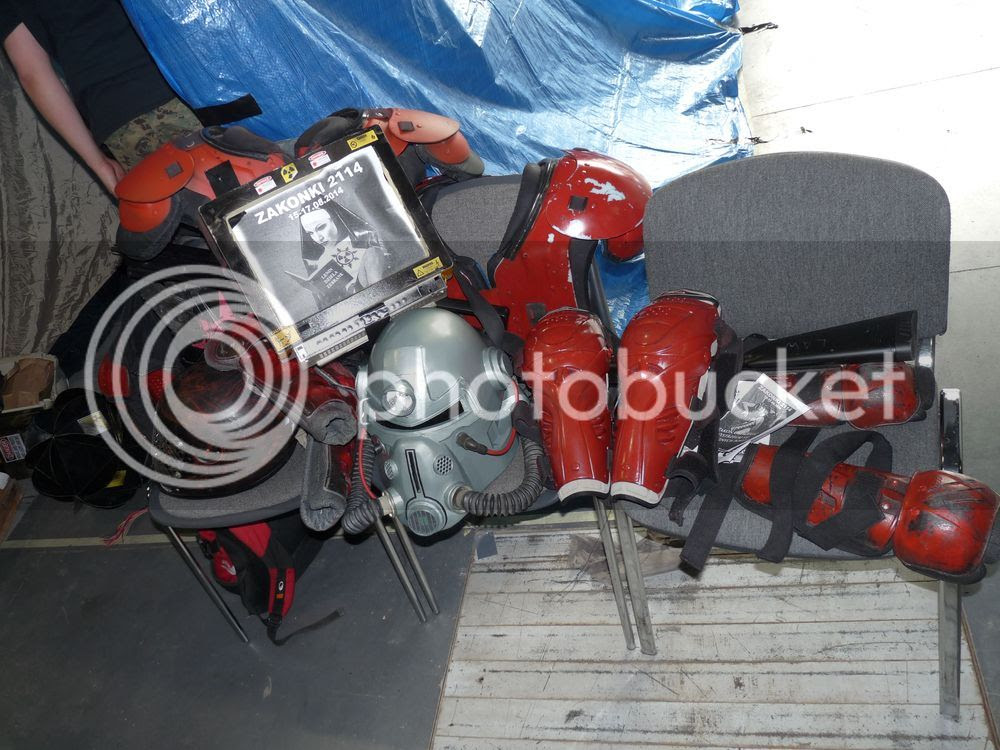 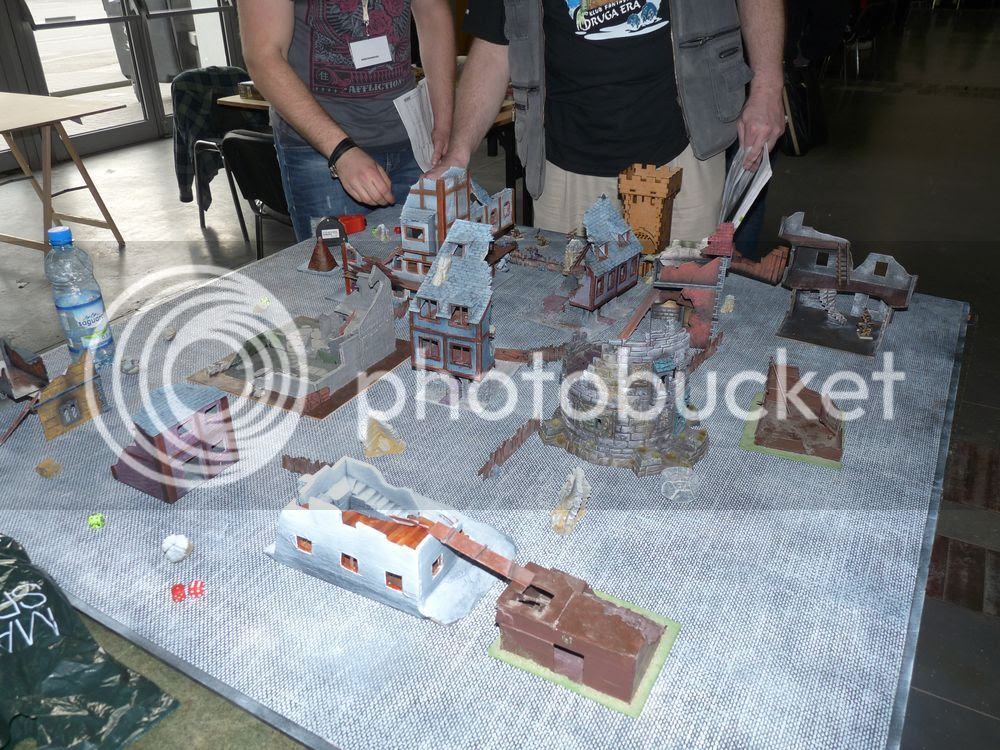 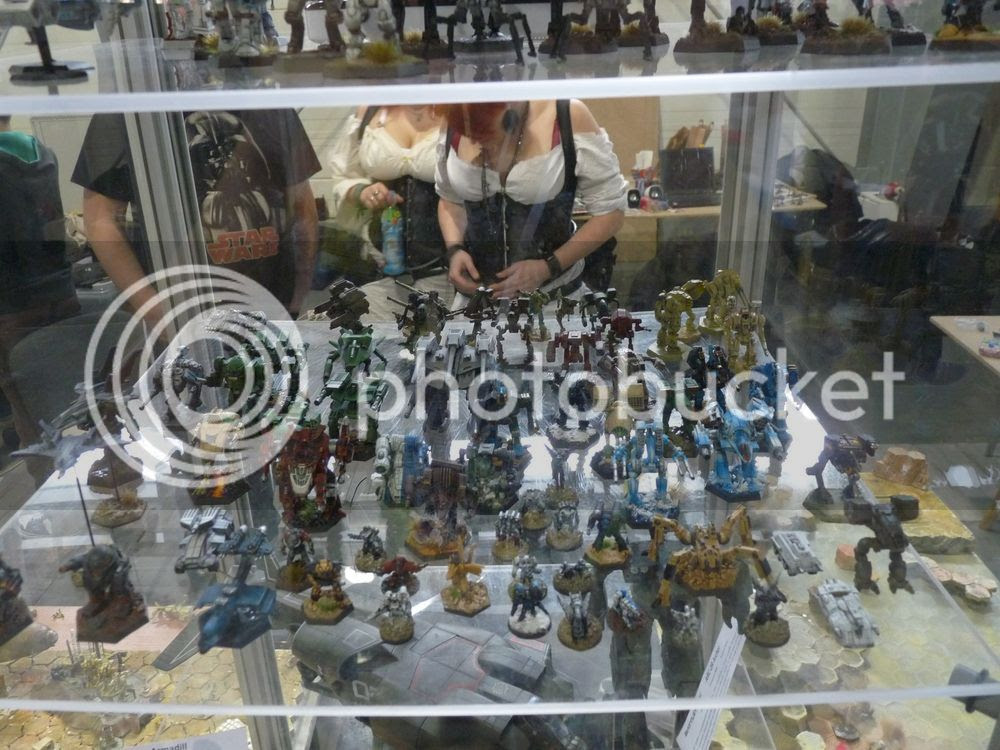 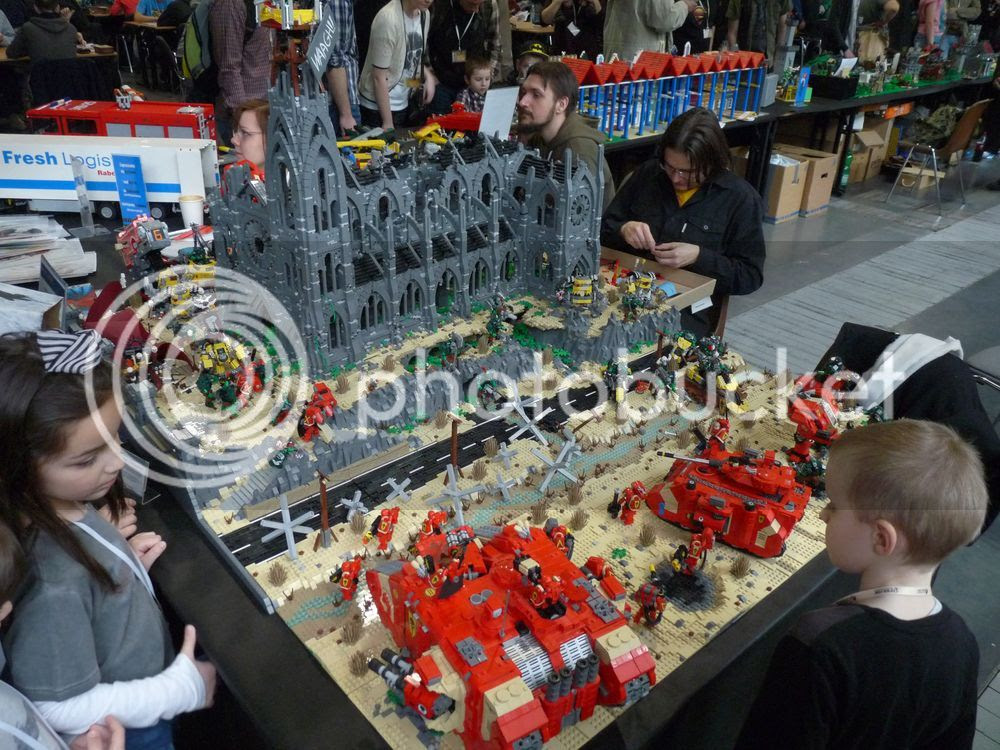 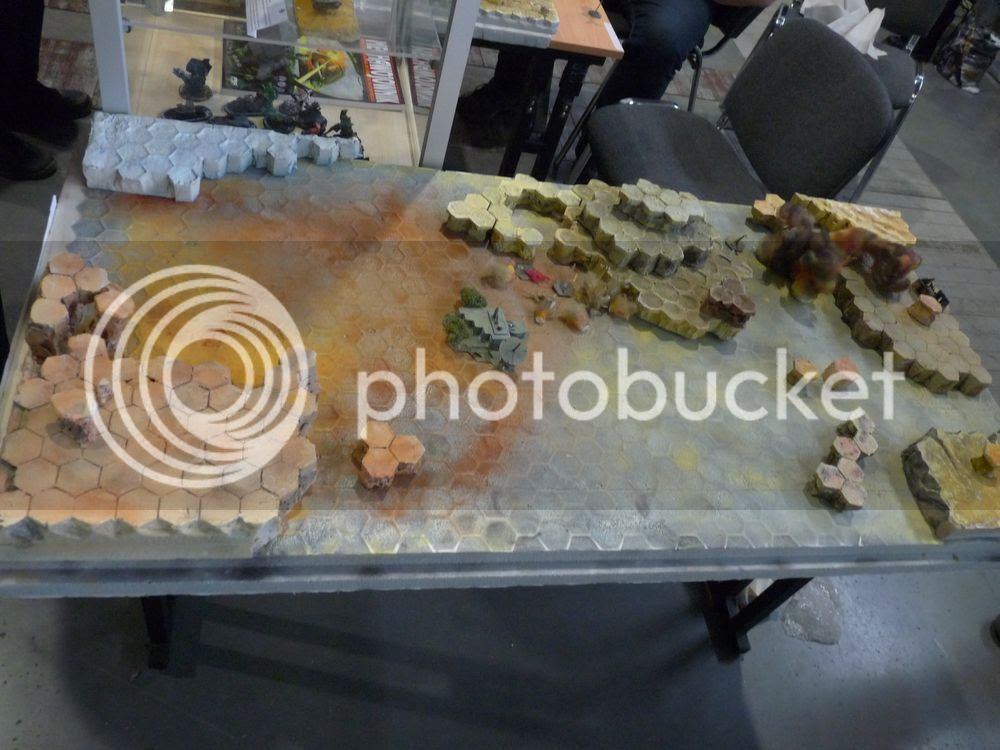 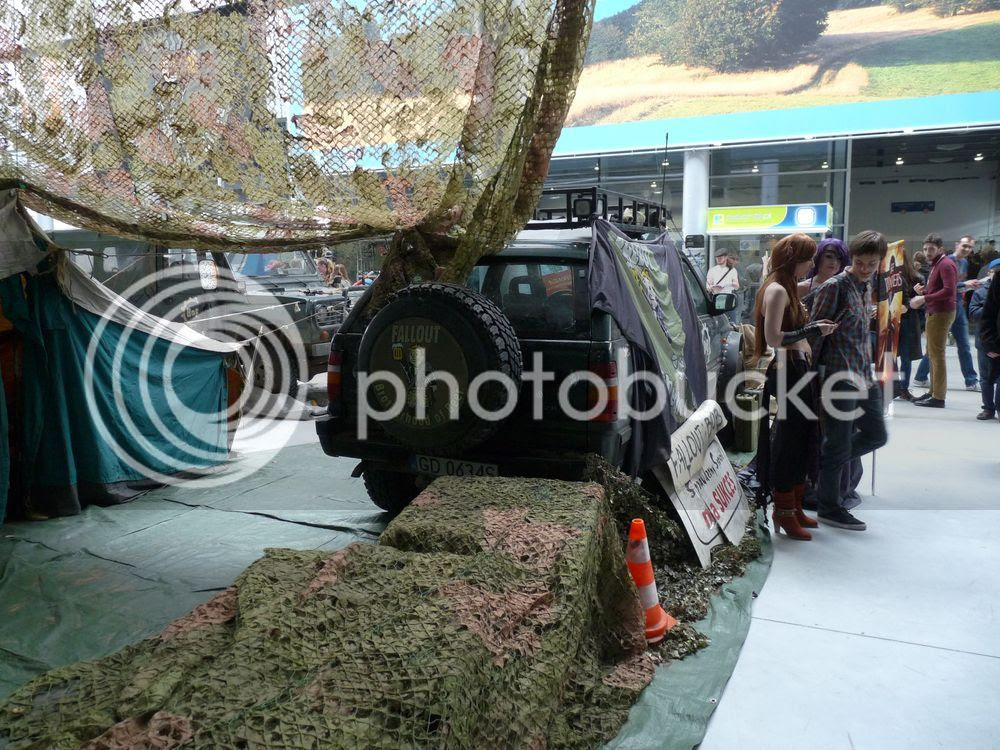 At 2 pm Sandy was giving the lecture about creating adventures for Call of Cthulhu.
Until then I didn't know I was his big fan, all I knew was he wrote the game, but after the lecture everything changed, everything!
I left filled with so many ideas and energy for hobby acting, I simply couldn't wait to come back home and play or paint anything. No sh!t!
That guy was speaking in such a cool way I was there sitting like mesmerised!
And now I do believe all those religious freaks about sudden revelations, hearing voices etc - I think I finally know what are these maniacs talk about. Words and my weak English cannot describe whole the coolness of that lecture so I am not even gonna try.

It was great, and I am SO happy I decided to move my ass for the stupid lamp.
My only regret (huge regret actually) is I couldn't stay on Petersen's other lectures. Oh well, maybe the next time, when the stars are right and Cthulhu rises from the slumber. 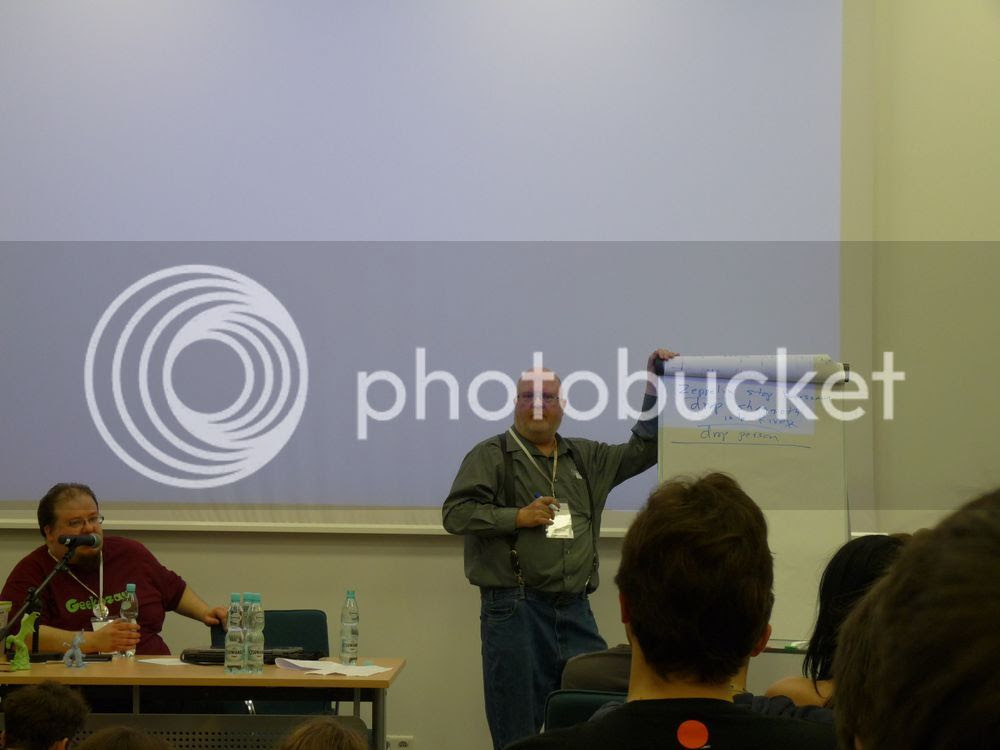 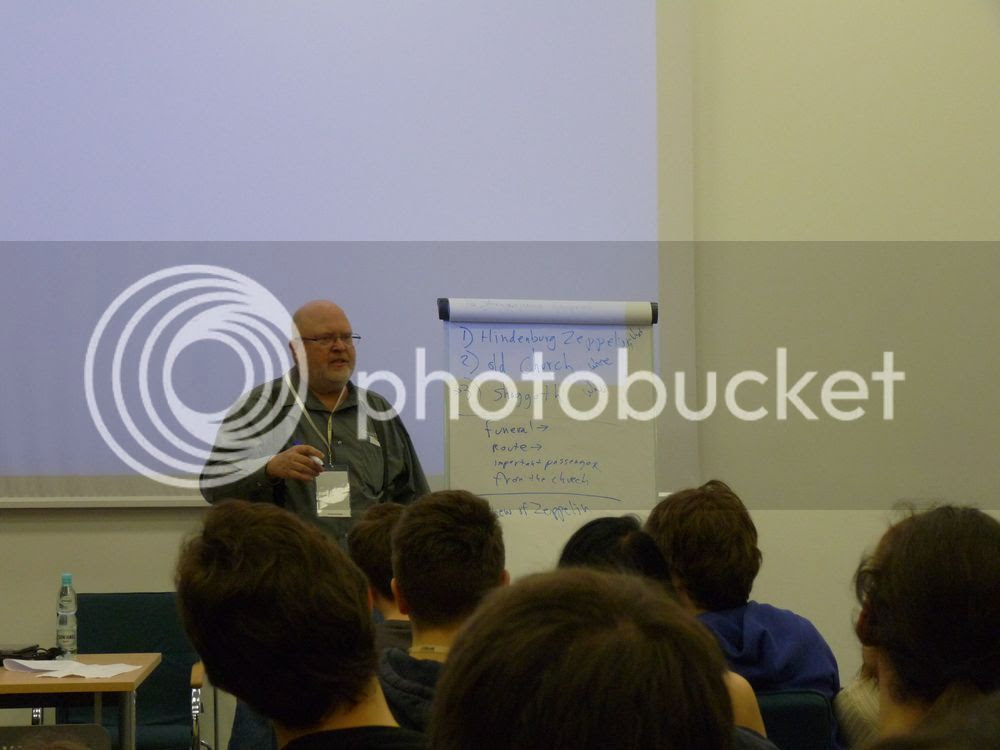 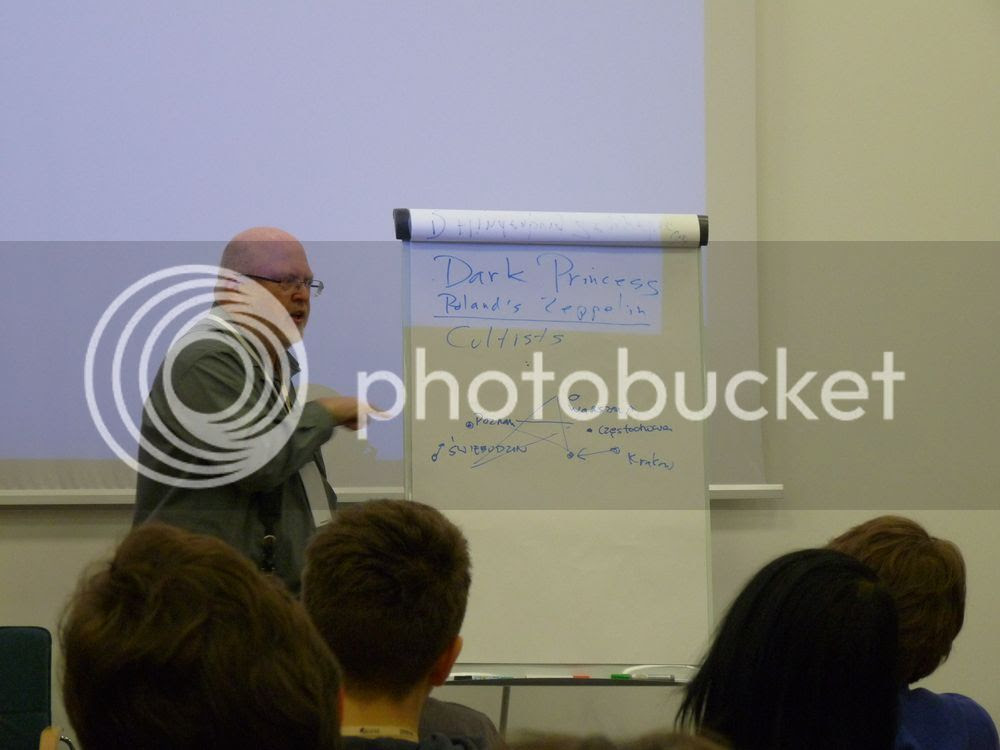 As for the spoils of war I brought some goodies:
first of all I got the autograph - the limited edition of the rulebook is now priceless.
Besides 2 of my works brought to the contest got me statues: 1st place in large model category and 2nd among units. The base for Scavvies is borrowed from my Goliath gang but I think I will make proper display base for the whole hgang of my scavengers - about 30 models I think... 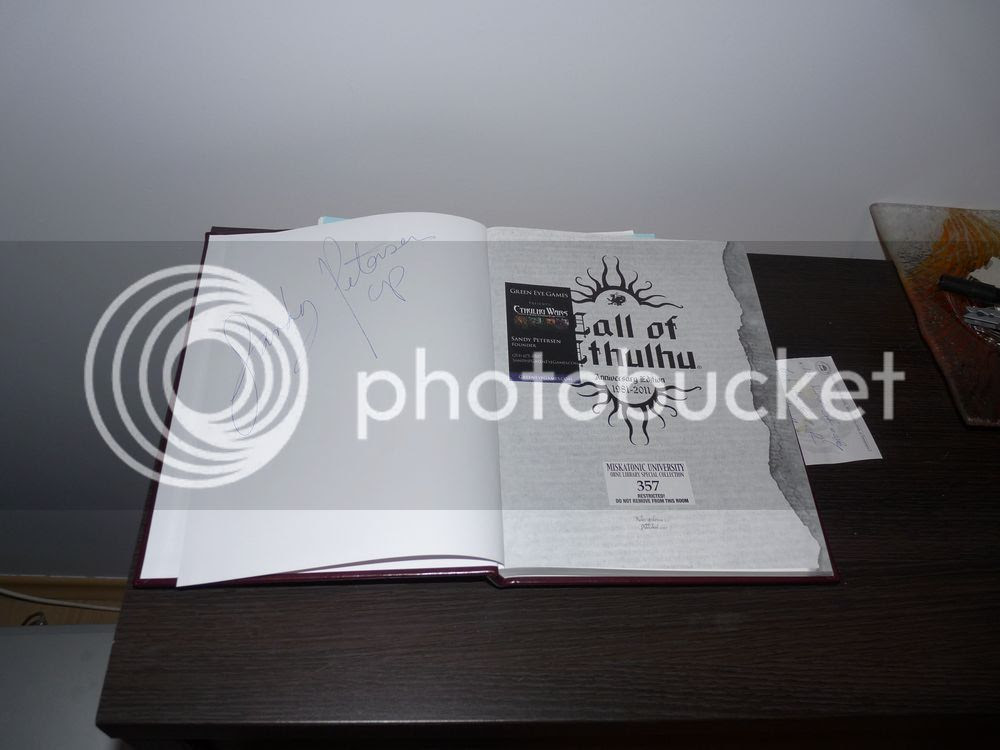 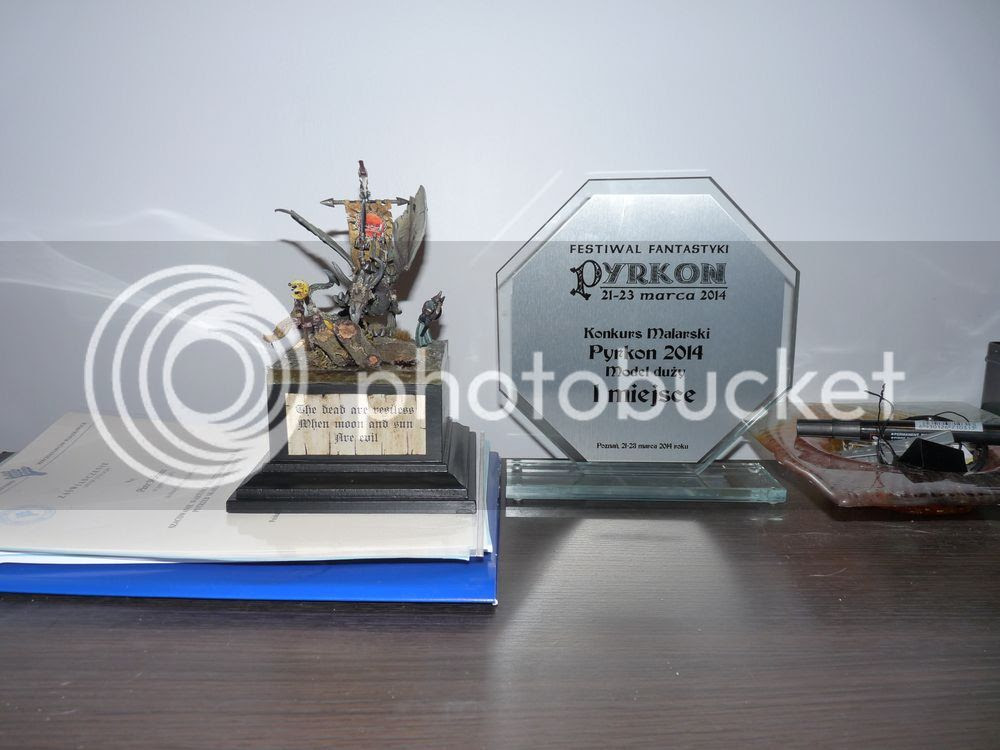 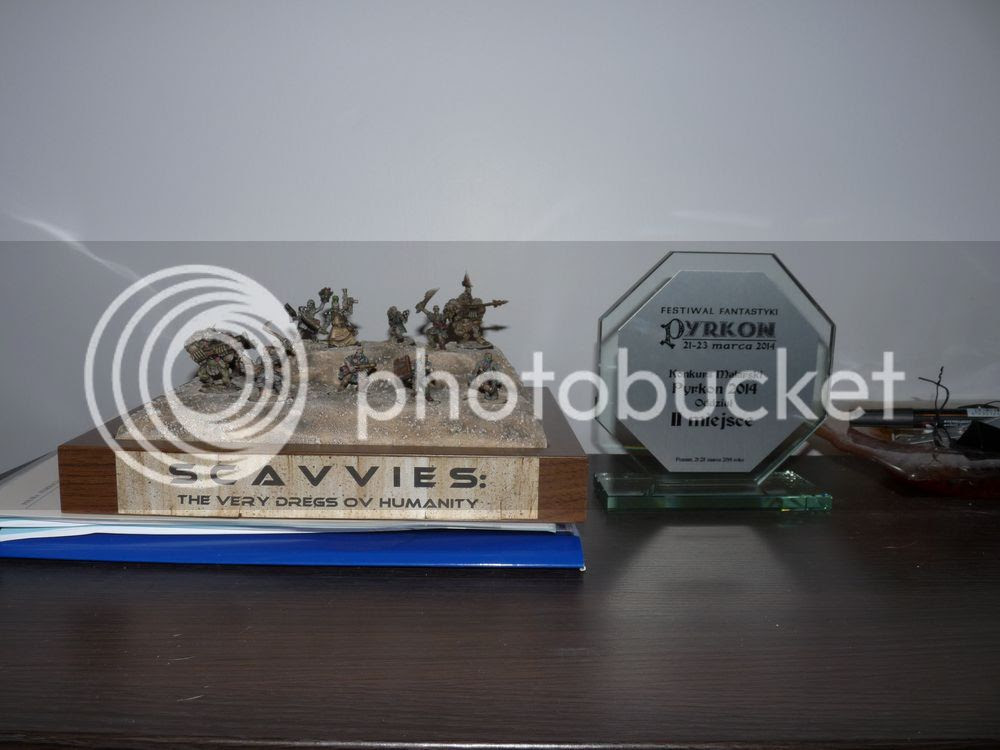 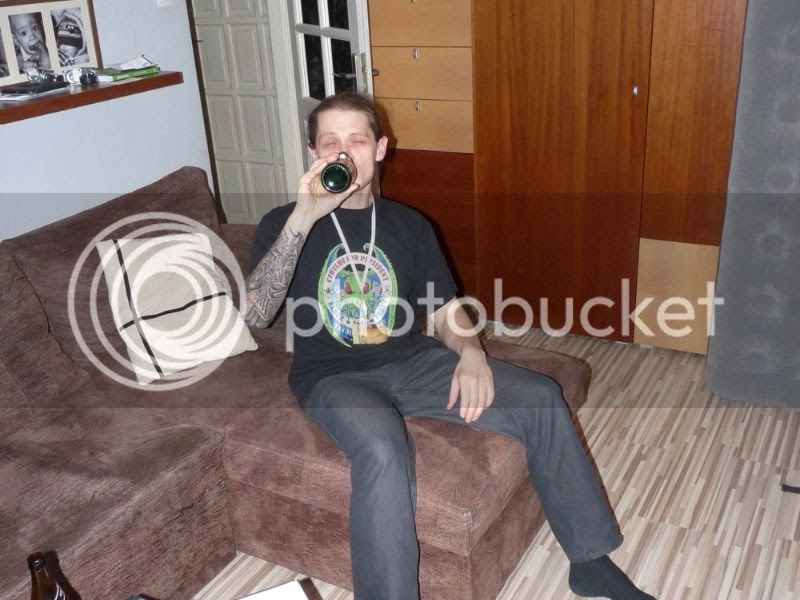